A timely effort can prevent heartaches 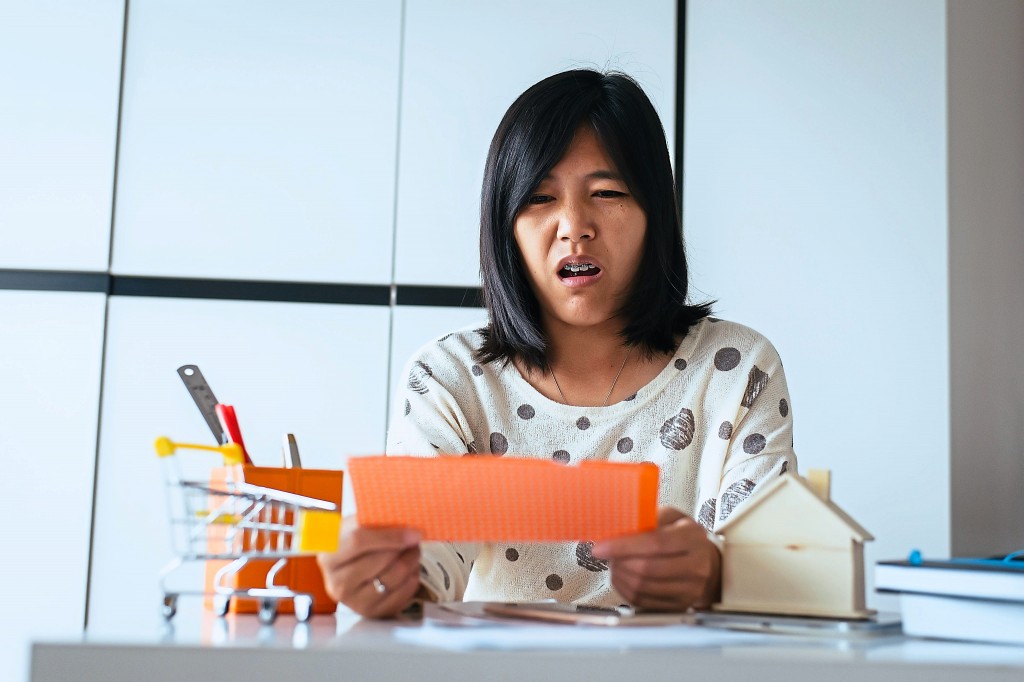 Abdul Rahim joined the job market after graduating from university three years ago. With his savings, he sought to buy an apartment in Subang Jaya. However, Abdul Rahim is a newbie to stratified development. He knows practically nothing of the selling and buying process and soughts the professional service of a lawyer.

The lawyer attended to the usual sub-sale transaction with Abdul Rahim eventually taking possession and keys of the property from the seller. After shifting into his apartment with his family, he received a service charge statement from the joint management body (JMB) that there are outstanding arrears from the previous owner.

This is to the tune of RM5,280 which the seller defaulted in paying his monthly dues for maintenance charges and sinking fund. Abdul Rahim sought help from his lawyer but was informed that he has to litigate and sue the previous owner for the reimbursement. The lawyer will have to charge him separately for the court proceedings. The legal process cost is estimated to be about RM5000.

Abdul Rahim felt disgusted being a victim on the oversight. In scenario two, a standard sale and purchase agreement (SPA) was prepared by the law firm in a sub-sale transaction for Sally. One of the clauses stated that “all the outstanding arrears are to be borne by the vendor prior to the completion of the sale transaction.”

The owner collected his portion of the balance sales price (after redemption from the bank) and migrated overseas. Sally was lumbered with an outstanding amount of RM7,830 being arrears of maintenance charges, sinking fund, insurance and apportioned quit rent. The management corporation (MC) took Sally to the Strata Management Tribunal to recover the indebtedness in the account.

Sally reluctantly chose to pay up the arrears by instalments to avoid the legal quagmire. The lesson from the above two cases is about the inexperience and flaws of certain unwary lawyers attending to the sale and purchase transaction in a strata property commercial or residential. The lawyers have to ensure all outstanding charges, debts incurred in the parcel unit by the owners to the JMB, MC or subsidiary MC, collectively known as management bodies are paid in full before the transaction is completed.

This is to ensure that buyers are not burdened with the oversight of past debts. In Brightvite Sdn Bhd vs Pantai Towers Management Corporation and another, (2019) 2 CLJ 439, the Court of Appeal made an important ruling on the recoverability against a new proprietor of management charges and other dues accrued before transfer or conveyance. In that case, the judge, commenting on Section 45 of the Strata Titles Act 1985 – similar provisions can be found at Sections 60, 61 and 68 of the Strata Management Act, 2013 (SMA 2013) – ruled that the debt is recoverable from two parties, namely the existing proprietor or the proprietor’s successor in title, that is, the new owner.

But the section refers to one-and-the-same debt, that debt being the sum outstanding as management fees. In other words, that single debt is recoverable from either the proprietor or the proprietor’s successor-in-title when he or she becomes the new owner, but the debt of the first owner cannot be transferred to the new owner. The debt incurred by the previous owner is not divisible, or transferable to the new owner.

It is pertinent to consider Section 73 of the SMA 2013. This provision, implemented on June 1, 2015 allows conveyancing lawyers to apply for a certificate on behalf of the owner or potential buyer of the unit for a fee not exceeding RM50. The management body is to issue to that person a certificate certifying the amount that is due to the unit owner. It also stipulates the time and manner of payment of the amount determined and other matters. This certificate provides conclusive evidence of the total debts due to a particular unit.

The issuance of this certificate by management bodies is to ensure the dues are to be paid in full. It also enables a prospective buyer to find out what is the total debt, if any, that is outstanding to the management bodies and to decide if he is getting a fair deal from the purchase. And if any debts are outstanding, he can then negotiate a further quantum to be considered during the negotiation process and before finalising the purchase price. This can be referred to in Form 19 of the Strata Management (Maintenance & Management) Regulations, 2015 – Regulations 19.

The aim of Section 73 is to enable prospective buyers to ascertain the outstanding dues attributable to a parcel prior to transfer or conveyance to avoid unpleasant situations where the prospective buyer has to pay the dues accrued by the previous owner.

The purpose of the section namely is to ensure that the management bodies recover their dues so as not to make all the other unit owners subsidising the debt incurred. This would amount to a considerable prejudice to the other unit owners. So the conveyancing lawyers should ensure that settlement of debts due to the management bodies prior to transfer be made a condition in the sale and purchase contract and such ‘figures’ to be calculated on a strata unit share basis.

The successor-in-title or proprietor may not evade the obligation to pay contributions prior to Brightvite case. The High Court in Sri Wangsaria Management Corporation vs Yeap Swee Oo @ Yeap Guan Cheng (2009) MLJU 1461 made a similar ruling. The subsequent buyers refused to pay arrears of maintenance charges for the period prior to vacant possession, denying all liability for such arrears.

The judge held that Section 45(5) of the Strata Titles Act, 1985 (STA) allows the amount to be recoverable from the proprietor, or who may no longer be a proprietor as defined. Although this Section 45 of the STA has been superseded and now migrated to the SMA 2013, the principle of law established in Brightvite and Sri Wangsaria Management Corporation cases continue to be applicable.

To our mind, the provision shows the intention of the legislature that neither a proprietor nor a successorin-title nor that category of proprietor may evade the obligation to pay contributions, that is, the debts. It is incumbent for the buyers’ lawyers to make a written requisition under Sec 73 of the SMA 2013 to inquire about the amount of charges and contribution to the sinking fund payable; time and manner of payment and any levied contributions owing by the sellers or any amounts outstanding pursuant to the SMA 2013. If they have failed or neglected to do so, the buyers and their lawyers cannot later allege that they are not aware of the indebtedness because of their own omission.

Litigation process could be avoided if the parties entrusted had done what is required of them under the SMA 2013. The liability of buyers to be duly registered as proprietors or successorsin-title is clearly provided for in the law. It is also the obligation of the buyers to be vigilant of the need to conform to the SMA 2013 and its regulations if they choose to stay in a stratified property.

There is a corresponding Section 31 in the SMA 2013 that relates to the same issue titled: ‘Right of parcel owners or prospective purchaser’ for those developments still under developer management period or JMB status, where individual strata titles have not been issued. The pre-requisite form is under Form 10 of the SMR – Regulations 19.

A person who purchases a unit in a strata development enters into a three-fold relationship; firstly, he is the individual owner of his unit. Secondly, he is a co-owner with all other owners of the common property and the land of the strata development, and thirdly, he is automatically a member of the owner’s body (management body) to whom the management and maintenance of the scheme are entrusted. 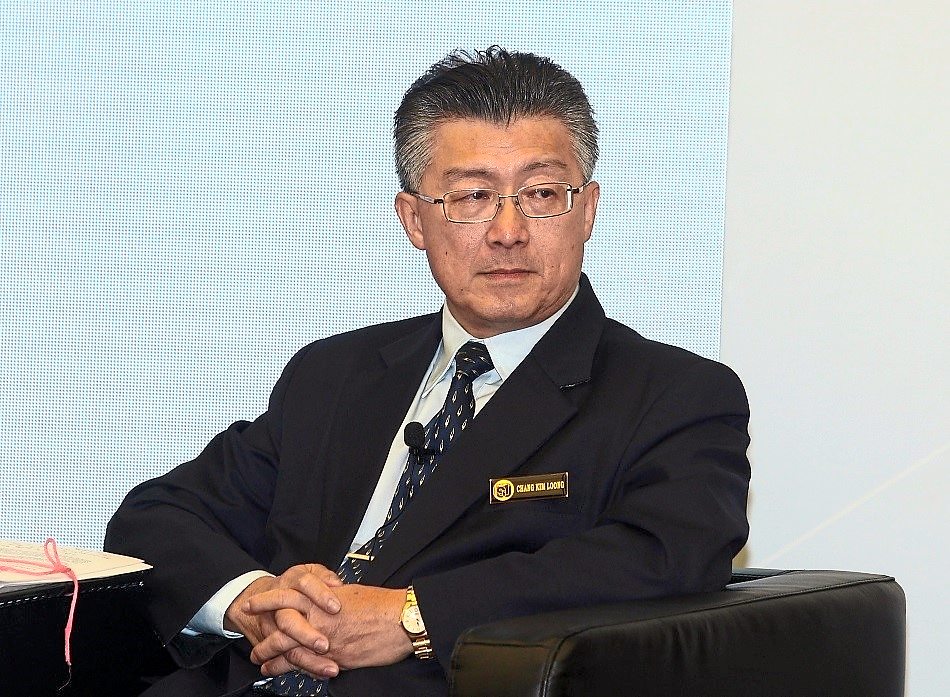