The alphabets ABC has a stronger connotation when tech is incorporated

i-City SGT is an important catalyst component within the Selangor High Technology Zone.

Growing up, every child is taught the basics of language with the building blocks of the ABCs. While these alphabets have formed firm foundations in our education, their application to modern civilisation in which technology has become intertwined with property development is an inevitability.

And when technology is incorporated into the ABCs, a bigger picture will form, A represents artificial intelligence (AI), B is big data and C, cloud computing, said Jones Lang Wootton Malaysia deputy managing director Prem Kumar. Artificial intelligence, big data and cloud computing – three foreign-sounding concepts just over a decade ago are three life-changing precepts that have formed the basis of i-City Selangor Golden Triangle’s (SGT) evolution over the years.

In i-City SGT, technology has consciously been adopted in pushing the boundaries of its developments and product offerings, a critical ingredient in widening the sphere of Selangor Golden Triangle’s influence. “It is currently blossoming into a showpiece of masterful proportions. 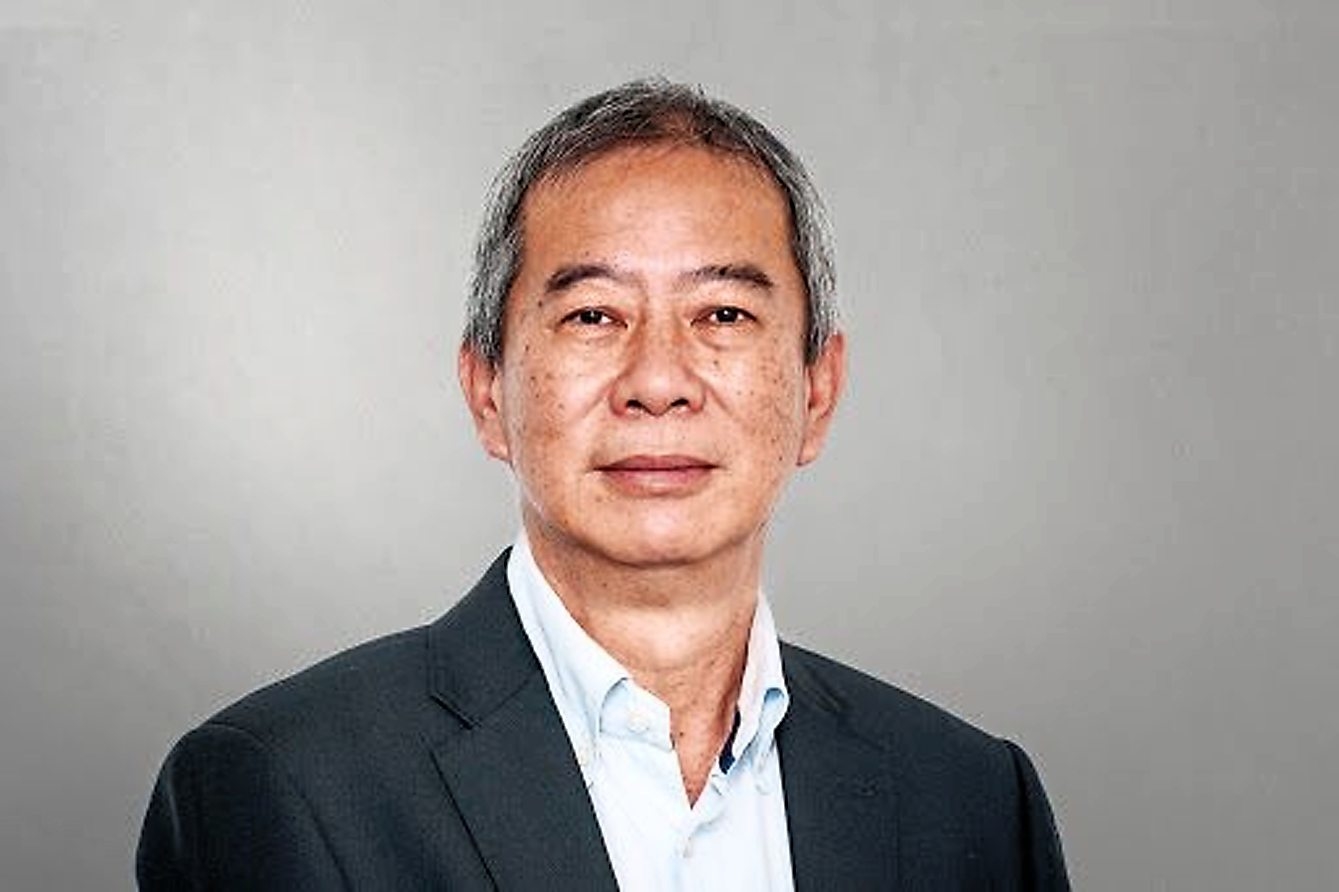 The developer has successfully planted the seeds of growth, said Mak.

The goal had also been to stimulate Selangor’s economic growth through the active proliferation of technology, in line with the Selangor’s government Smart State 2025 vision,” said I-Berhad executive chairman, Tan Sri Lim Kim Hong. The federal government’s recent comment about categorising the provision of the Internet as a utility alongside water and electricity exemplifies i-City SGT’s foresight in already embodying the ABCs, he said.

Currently wired by a 400G-capable highavailability network, connectivity in i-City SGT is now future-proof, he assured. The inevitability of the fifth-generation (5G) network roll-out will spark a revolutionary change in how people live and work, with new advances like selfdriving cars and advanced augmented reality experiences, amongst many others. 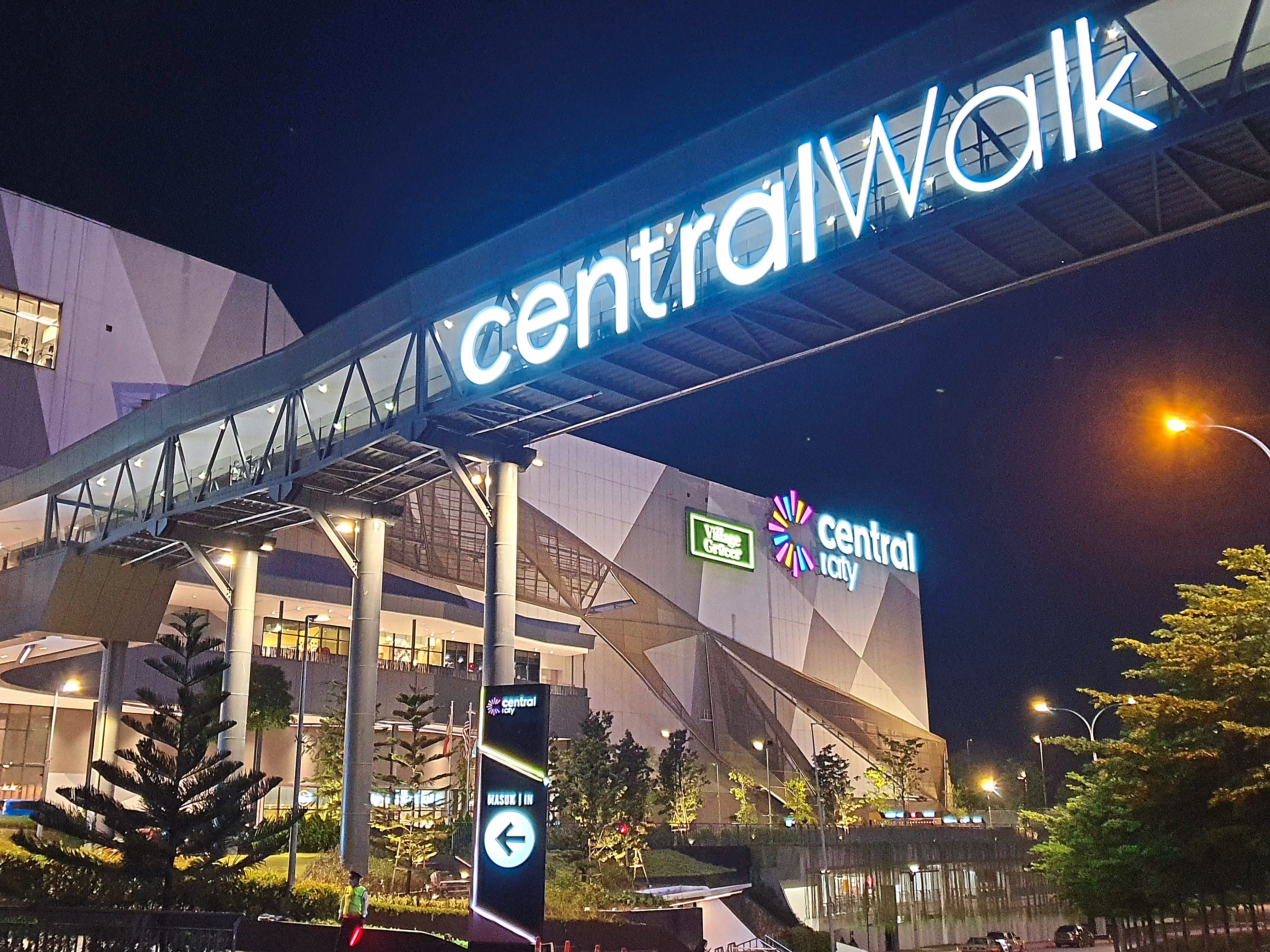 The elevated interconnecting bridges and linked walkways in i-City SGT provide easy
and safe access to the residences, offices, hotel and shopping venues.

Come what may, however, i-City SGT stands ready, Lim said. This infusion of technology into a property development is growing in demand given the Covid-19 pandemic, which has changed the way people look at technology within the property setting, Prem said, adding that the push to use technology was amplified.

“In today’s era, people have come to expect a certain level of technology, but it also has to be achievable. Demand for bandwidth will undoubtedly be greater over time, given the increased adoption of the ABCs into everyday living,” he said. 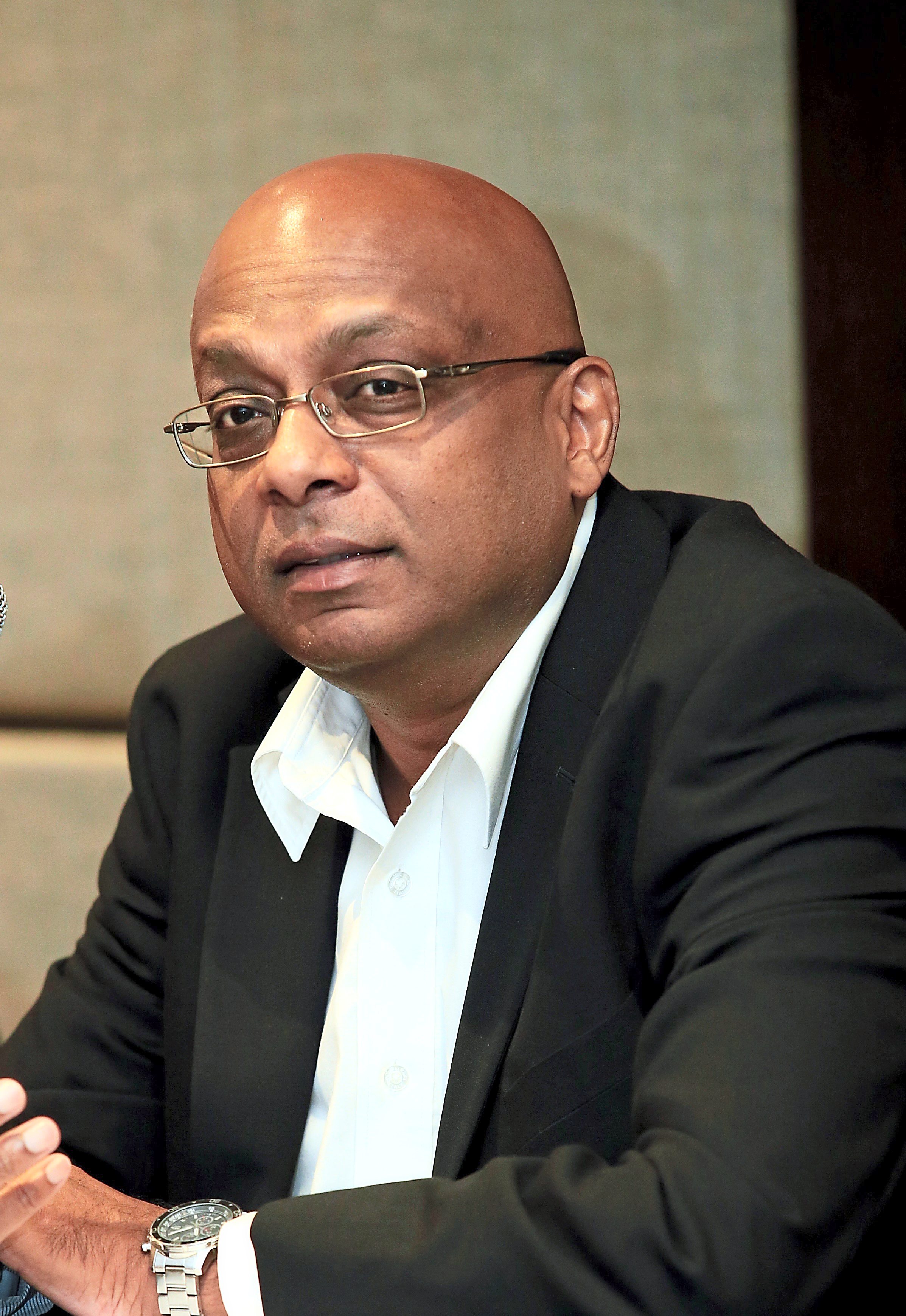 In today’s era, people have come to expect a certain level of technology, said Prem.

“Disruptions in communication when internet connection fails during a business meeting via Zoom or Google Huddle could cost companies millions of ringgit. This is why many companies are now looking at properties that provide secure infrastructures that can facilitate the modern concept of work, live and play,” he added.

“Once people can see and understand these benefits, the value of a property like i-City SGT will escalate,” he concluded.

For over 30 years, I-Berhad has nurtured a truly captivating vision of i-City, said SA Architects Director Tony Mak. SA Architects is the master architect for the transformation of i-City SGT. “The developer has successfully planted the seeds of growth that have turned into an important economic transformation hub, containing living, working and leisure as its lifeline,” said Mak. 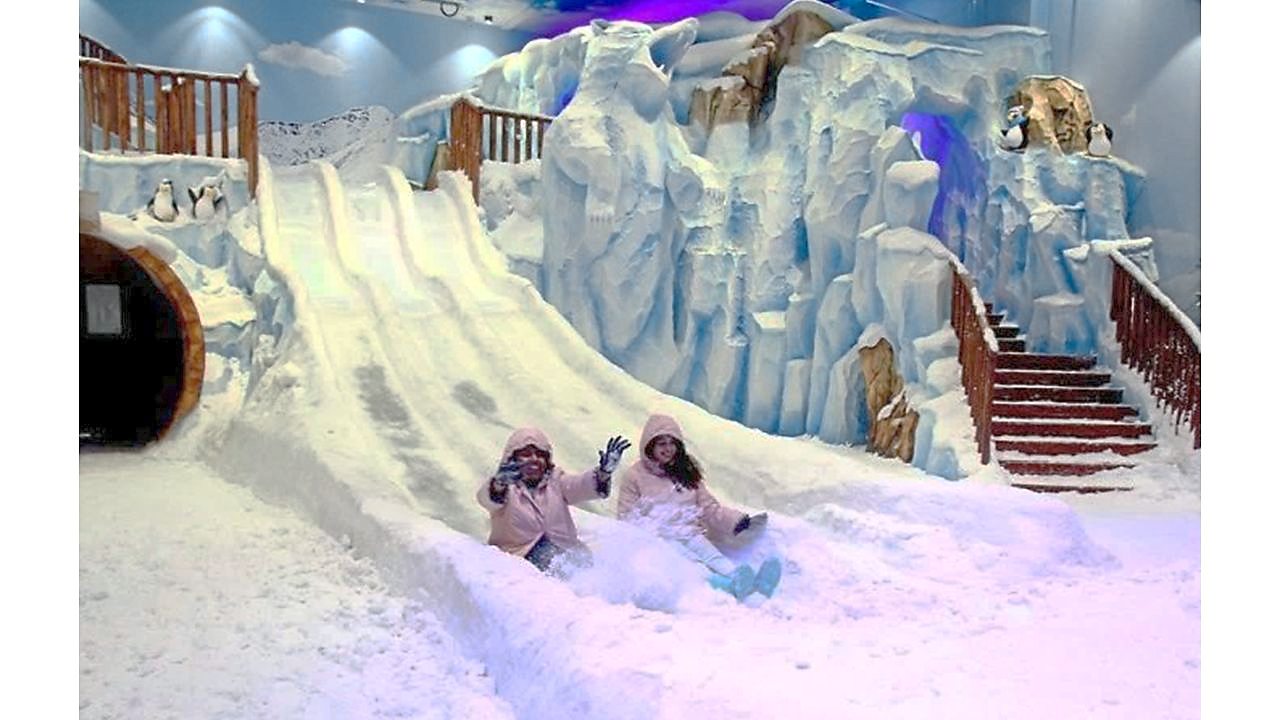 Technology brings about family entertainment venues like Snowalk, an arctic environment with snow falls and rides.

i-City SGT is an important catalytic component within the Selangor High Technology Zone. The developer intends to turn i-City SGT into a dynamic component in the economic corridor and to stretch its network of business and communication towards the outer regions of Semenanjung Malaysia.

In a more specific role, it is designed to lead corporations in doing their part to put the nation’s broad economy on track. “Its ultimate goal is to instil an active city, self-sustainable in nature practising smart technology to outstretch its key role as a major leader in future communication and business opportunity,” he said.

Explaining the ABC further, Tan Sri Lim said: “Artificial Intelligence (AI), the A, is trained using large datasets so that they can identify patterns, make predictions and recommend actions, much like a human would, just faster and better.

“Big Data, the B, is becoming common these days by companies to outperform their peers. In most industries, existing competitors and new entrants alike will use the strategies resulting from the analysed data to compete, innovate and capture value.

“Cloud Computing, the C, is a big shift from the traditional way businesses think about information technology resources, primarily in areas of cost, scale, performance, security, speed, productivity and reliability.” 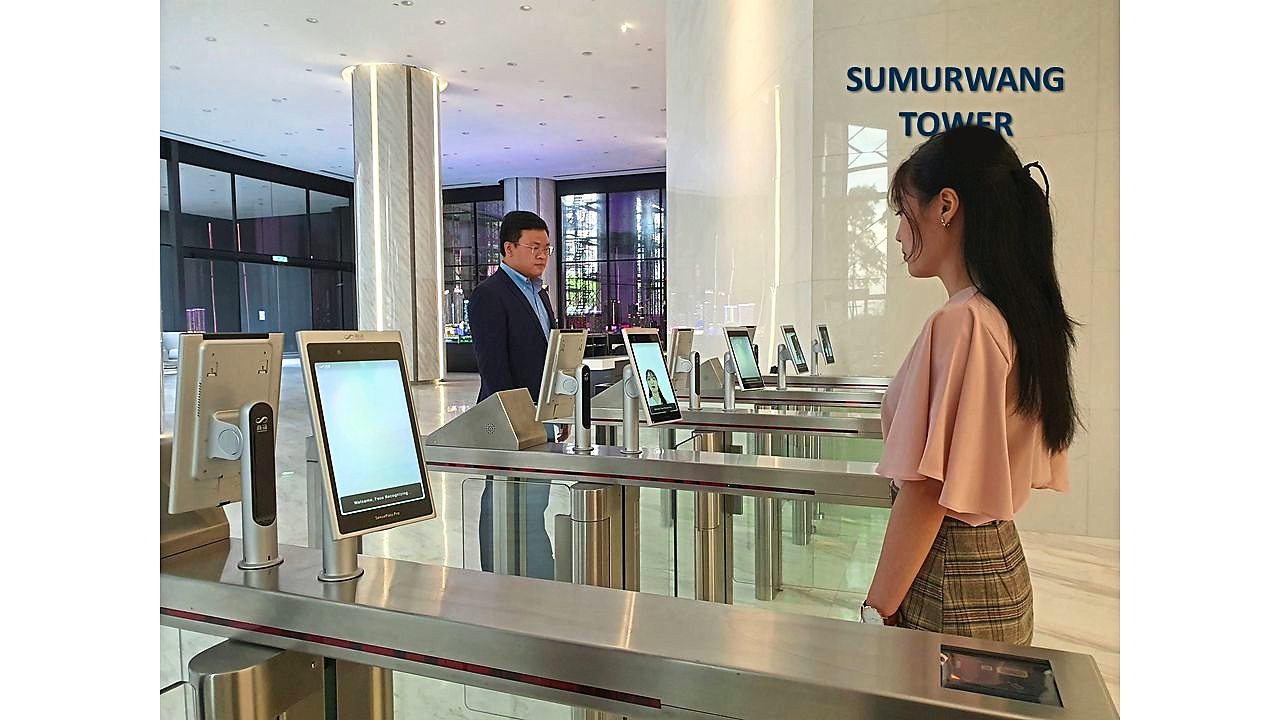 The symbiotic relationship between the three is none the more evident than in the i-City SuperApp. This single platform connects the Selangor Golden Triangle community to the realities of their daily lives. Online ordering, car parking, tenant or job searching, utility bills checking or paying, amongst many others, are underpinned by the unpacking of big data stored over cloud computing, enabled by artificial intelligence applications or algorithms.

Facial recognition technology is also already in use at the recently-completed Grade-A GBIrated Sumurwang Tower corporate office in i-City SGT, and also in the coming residential project to be launched soon. Infusion of technology in i-City SGT is not static and continues to evolve as technological capabilities change over time, addressing elements of the ABC eco-system into property development and everyday living.

Given the proliferation of smart devices, everyone will want to be able to connect easily to the Cloud from anywhere and everywhere, i-City SGT is working with world technology leaders to ensure the most cost-effective solution, incorporating technologicallyadvanced offerings.

The influence of technology on i-City SGT is none the more evident than San Francisco, deemed a poster child for the economic effects of technology-based companies taking control of urban areas.

In a 15-mile radius within San Jose, less than an hour south of San Francisco sits six of the top 10 technology companies in the world with the largest body of highly successful talent pools from Apple and HP to Intel, Cisco and eBay. With the Silicon Valley of old running out of space and many millennials, the new generation of knowledge workers wanting to be closer to, if not in, a city with nightlife and culture, the likes of Google, Yahoo, Cisco and others have been led to open big offices in San Francisco. 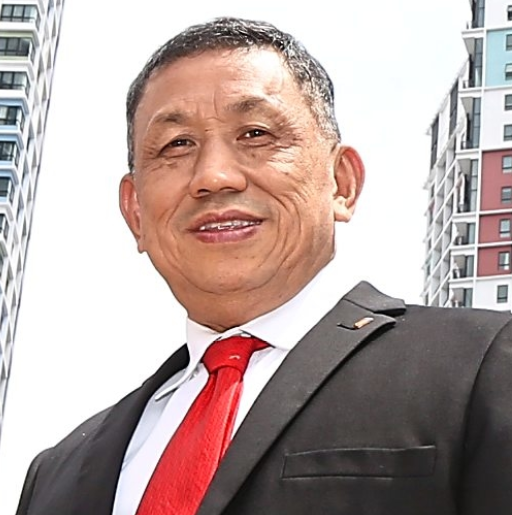 -City SGT bears the hallmarks of what San Francisco is to the United States, said Lim.

“i-City SGT bears the hallmarks of what San Francisco is to the United States,” said Lim. While San Francisco’s status and prosperity has benefited from the presence of technology-based industry giants, there are still ample opportunities in i-City SGT to continue contributing to the economic development and prosperity of the state capital, befitting Selangor’s Golden Triangle, he said.

“The SGT we see unfolding today is founded on the determination to offer a fullyintegrated lifestyle township with the infusion of cutting edge technologies, characterised by a number of strategic alliances with some of the world’s leader like the Central Pattana Group of Thailand, Hilton Worldwide, among others,” said Lim.

The i-City SGT of tomorrow will be powered by world technology leaders – Huawei, HIK Vision, SenseTime, other technological giants in their own right. The entire SGT landscape will be an intelligent and international city comprising a shopping mall, corporate towers, residences, hotels, leisure attractions, data centre and the iconic 78-storey SGT Tower – the Ultrapolis as envisioned. 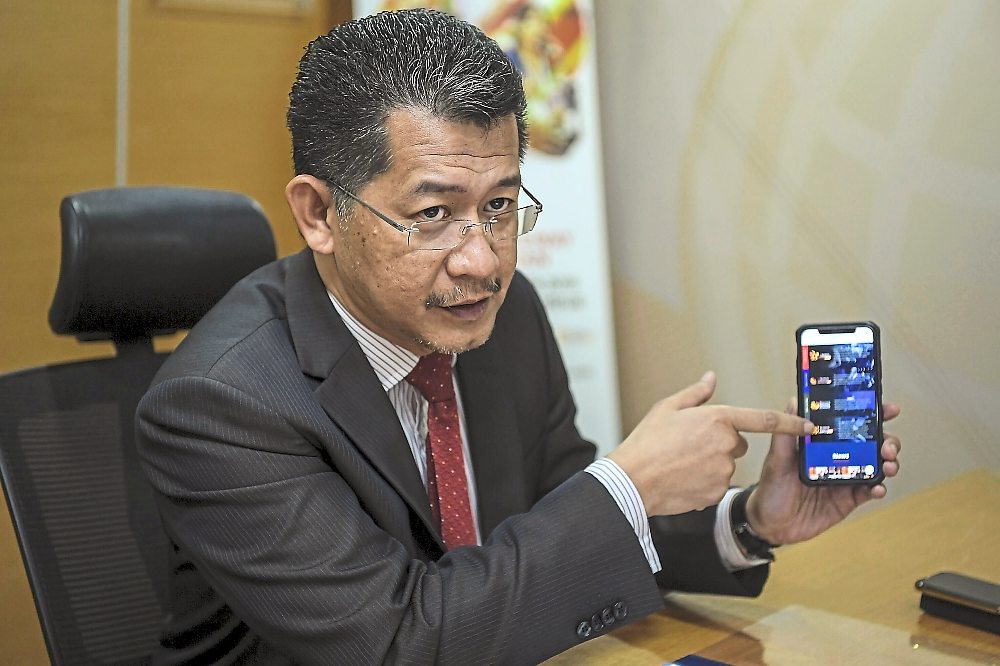 We believe i-City will be the future landmark of Shah Alam, said Hassan.

The enthusiasm is shared by Invest Selangor Chief Executive Officer Datuk Hasan Azhari Idris, one of the earliest tenants in i-City, who said “We believe i-City will be the future landmark of Shah Alam. The development is setting a new benchmark in property development in Selangor, especially those with a technology focus.”

The Selangor Golden Triangle showcase is now scheduled for Oct 28 to Nov 1 at Central i-City Mall. It’s an experiential journey of the world of digital possibilities showcased by world technology industry leaders.