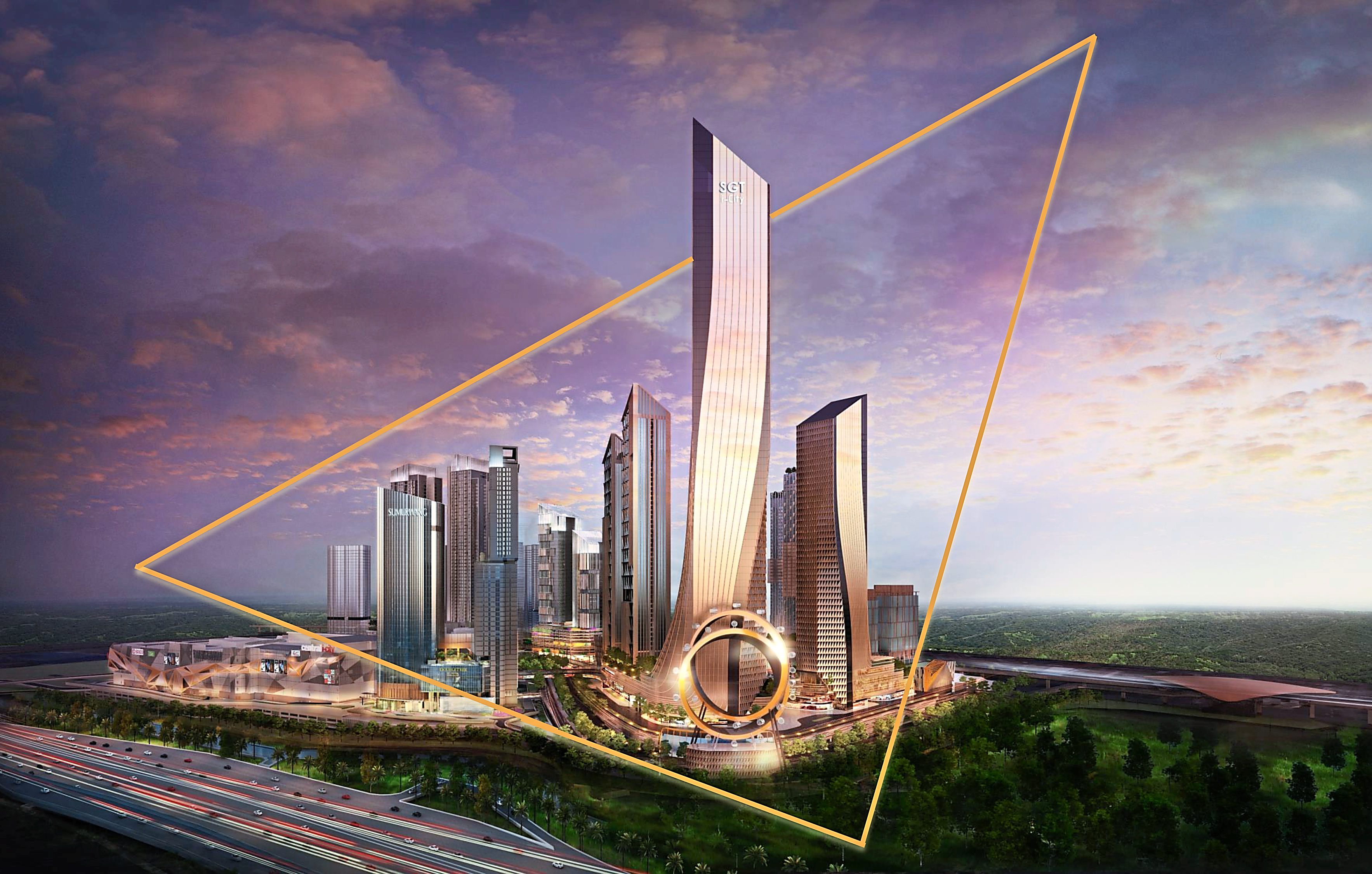 The possibilities are endless in i-City, SGT.

Triangles typically evoke a sense of stability and power, sometimes mystery and majesty. Think of the Louvre in Paris and the Great Pyramids in Egypt, one is immediately taken to the triangular forms that lie in wait.  Every capital around the world has a triangular region that is known for its prosperity or productivity and sphere of influence. London, New York, Tokyo and even Kuala Lumpur have their own golden triangle.

What may not be immediately apparent but one which will now be on the lips of many is Selangor’s very own masterpiece in its stately capital. It comes to no surprise that Selangor’s capital city has over the years been incubating its golden egg in the form of i-City. And this egg has hatched into one of Malaysia’s latest hottest property developments – the Selangor Golden Triangle (SGT).

i-City, a tech-centric development that continues to push the boundaries with its product offerings, a major drawcard for the discerning and a key ingredient in widening its sphere of influence. It has and will continue to contribute to the economic development and prosperity of the state capital, befitting Selangor’s Golden Triangle.

Visualised by I-Bhd founder and chairman, Tan Sri Lim Kim Hong, and conceptualised by internationally-renowned urban planner Jon A Jerde, i-City SGT was envisioned to be on par to its counterparts across the world. The vision is not just to build an international class, master-planned transit oriented development (TOD) of the highest standard – the goal of the creation of SGT is also to stimulate Selangor’s economic growth. 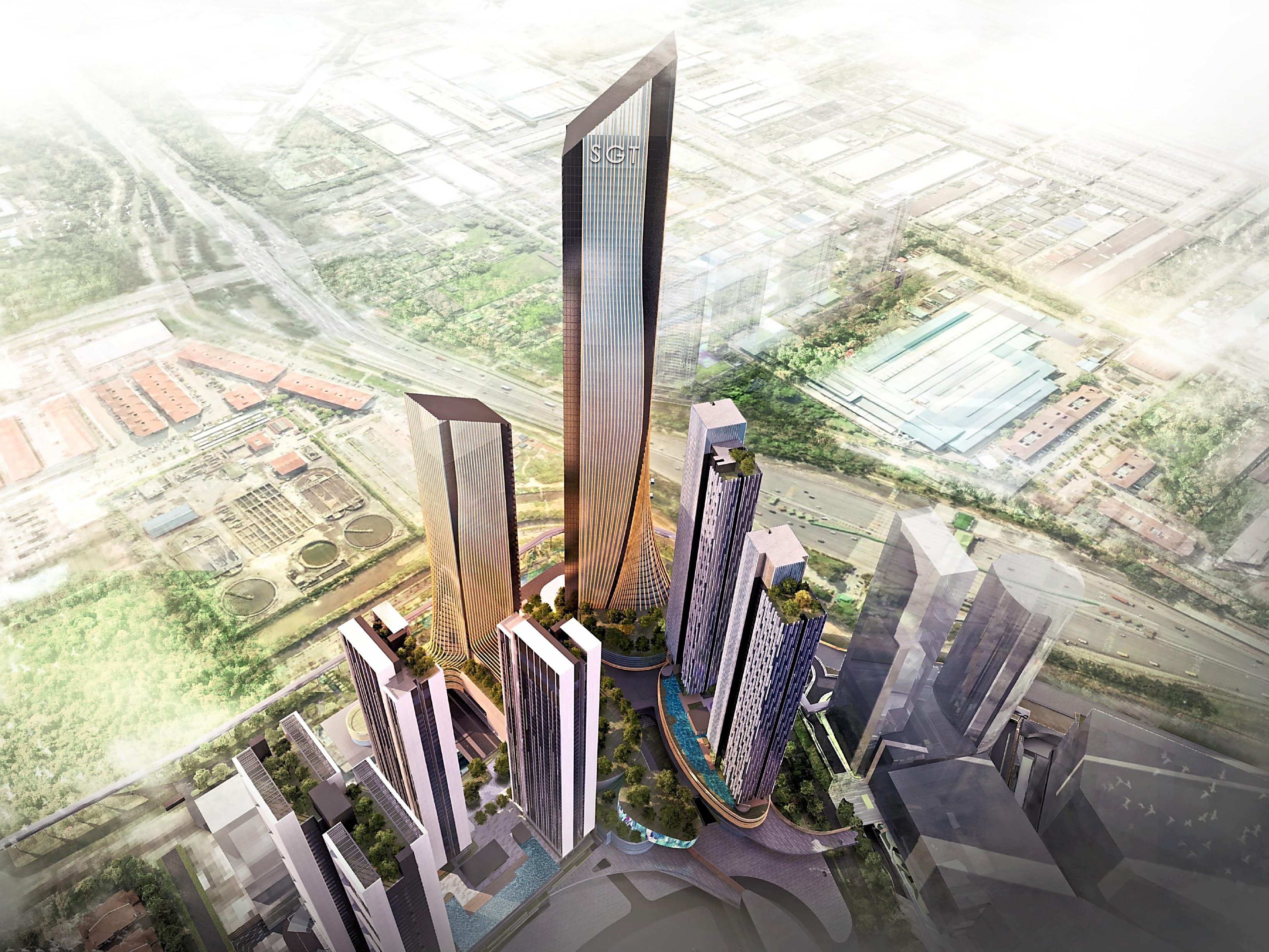 Once completed, this SGT tower will have a commanding effect in the area.

This is where SA Architects has joined the league to further elevate this development. Famed for the Singapore Changi Airport Terminal 4 accomplishment, among others, SA Architects is the master architect for the transformation of i-City SGT – Commerce, Community and Culture coming together in the continuing future of the state capital.

“As part of the masterplan design, we are conceptualising a new elevated concourse that will bring seamless cityscape connectivity across all components of the SGT with the upcoming I-City LRT station and surrounding developments,” said SA Architects director Tony Mak.

“We envisioned i-City SGT to be the catalyst for Selangor’s transformation and our concept design enables it to grow organically by stages,” he said. Lim added: “This bears great testament to the gradual realisation of our master plan. It validates our vision of building a modern, breath-taking and futuristic city, turning this region of the capital city into an international capital city. 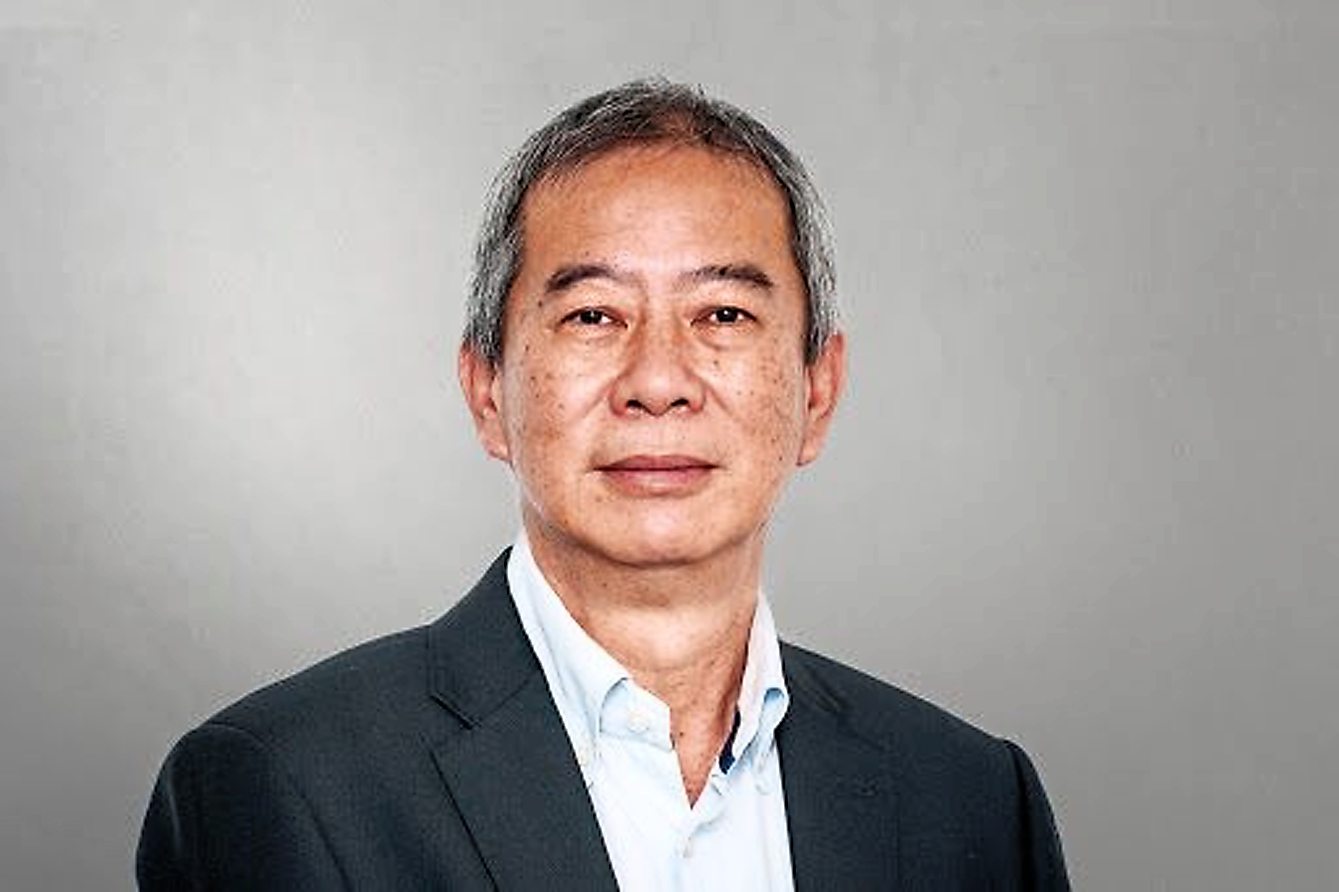 “We envisioned i-City SGT to be the catalyst for Selangor’s transformation,” said Mak.

SGT would elevate the capital city to greater heights by introducing new ways for its people to live, work, shop, recreate and learn.” With the LRT3 i-City station a walk away, the development has incorporated covered walkways in the masterplan, with visitors comfort at the forefront of thoughts. It also includes the possibility of driverless, smart cars and electric tram to connect everyone from one end to the other of SGT, making travel in and around the area even more seamless.

To reinforce its status as a golden triangle, Lim is solidifying i-City’s status with the SGT Double Eye, featuring two cantilevered observation wheels with the outer wheel interlooping over the inner one. The first-of-its-kind Double Eye millennium wheels would put SGT once again on the world tourist map, having already been listed by CNN Travel as among the top 25 brightest and most colourful places in the world in 2017. Similar to how the London Eye has made headlines around the world, the SGT Double Eye will make the world take notice. 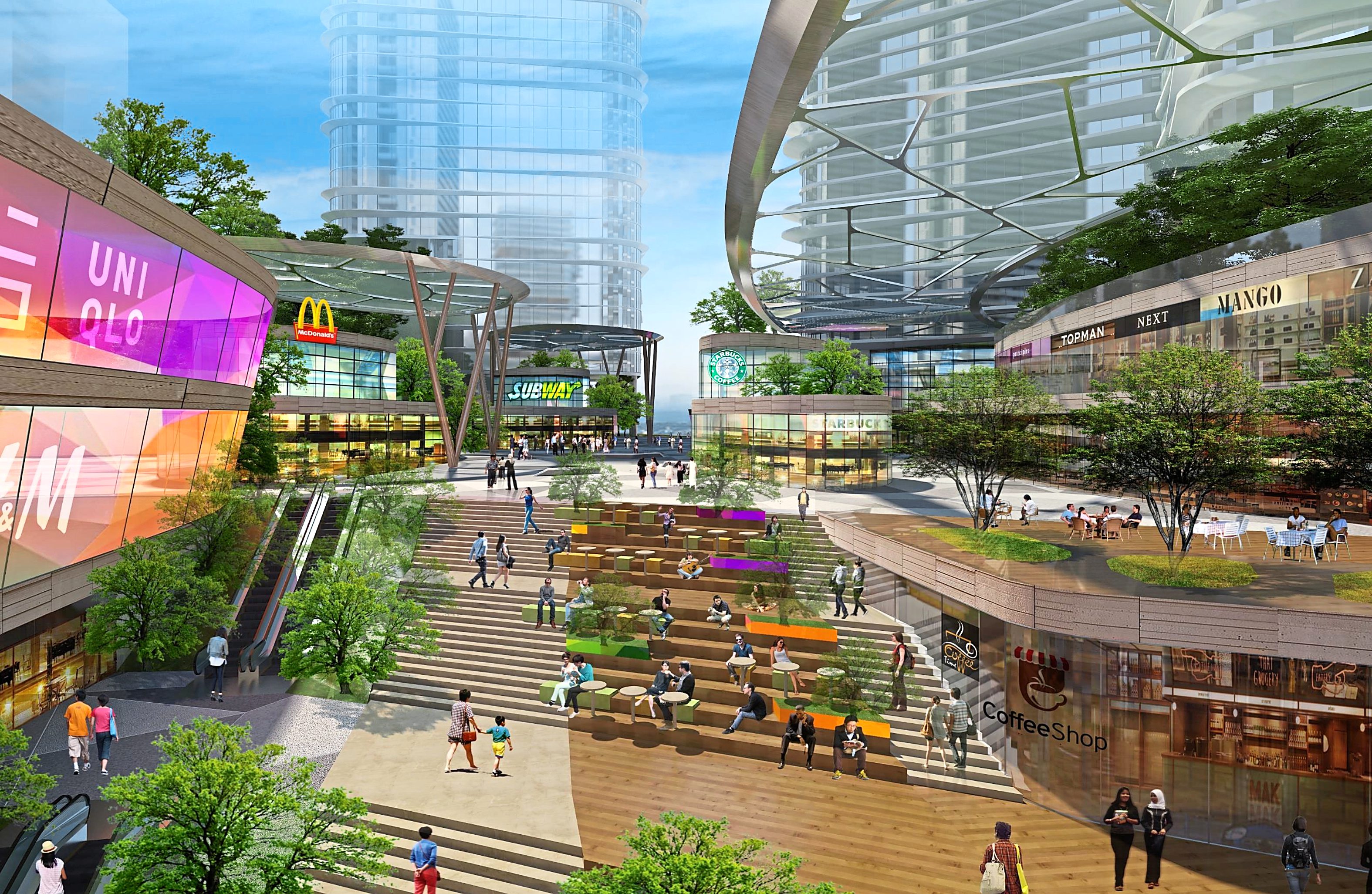 SGT will be a global business hub which offer premium Grade A premises, smart offices and robust digital infrastructure in a safe and secured environment.

Lim has set lofty goals to ensure that the infrastructure of SGT is future-ready.  “Currently, with the 400GB high availability network, the connectivity network in i-City is a given advantage. Soon, with the deployment of 5G, it will gain a significant edge in rolling out the endless future technologies.

“We look to build partnerships with world leaders such as Huawei, HIKVision, SenseTime and others to propel SGT further,” he told StarProperty. As broadband connectivity has become a critical component for multi-national corporations (MNCs), Lim noted that the push to 5G is to ensure that SGT becomes the nucleus of telcos, financial institutions and hightech firms, as well as start-up companies.

The Information and Communication Technology (ICT) infrastructure will make i-City the first urban centre in the country to provide fibre redundancy as essential infrastructure. Connectivity is seamless in SGT with i-City’s own SuperApp. It is a single one app platform where it connects the community in SGT to the realities of their daily life. Online ordering, car parking, find a tenant, job search, monitor utilities usage and payment can be done through this app. 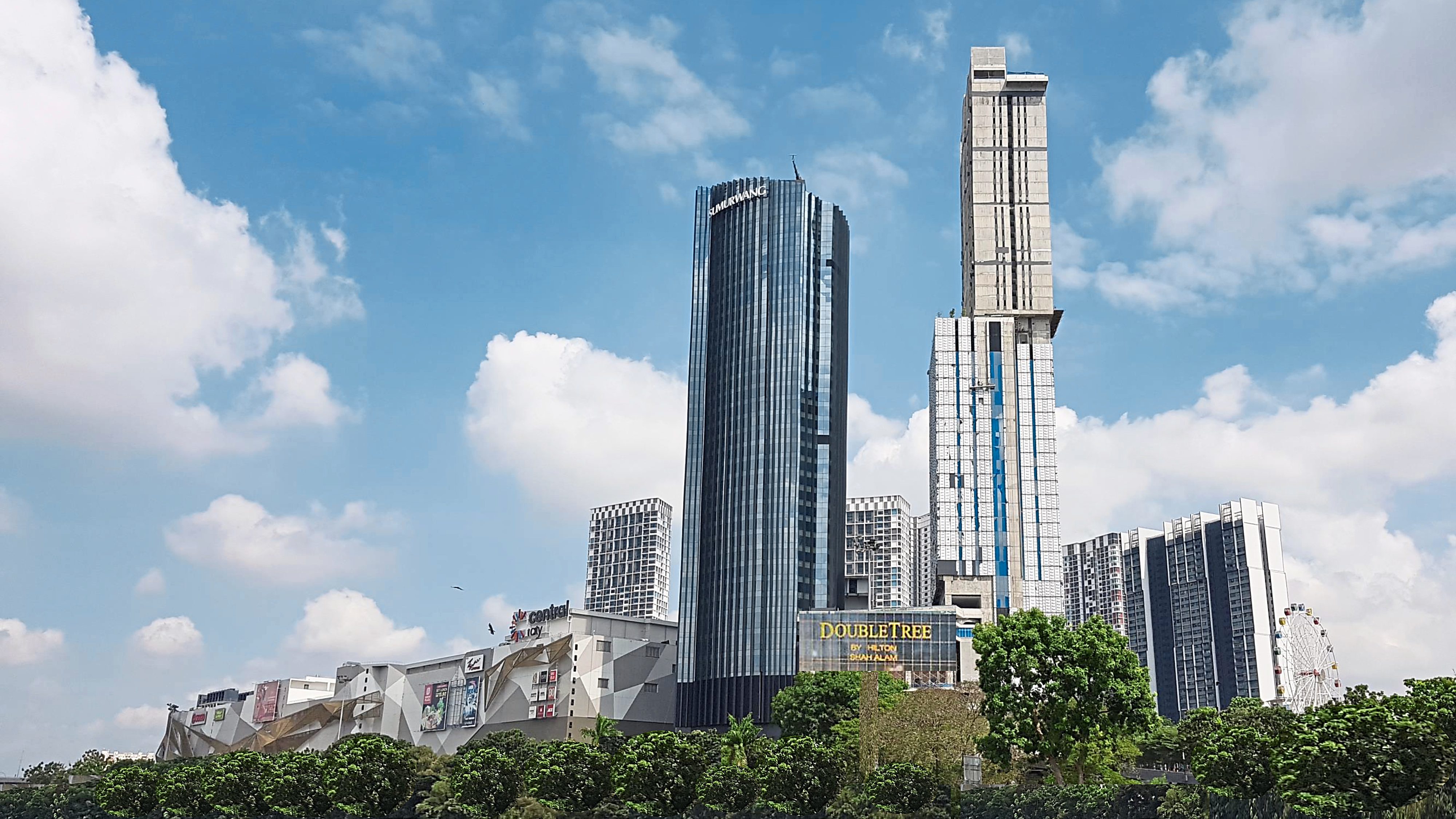 The phase that fronts Federal Highway sits the completed shopping mall, corporate tower and Double Tree by Hilton. While the mall and offices are already in operation, the hotel will open its doors next year.

To date, i-City comprises leisure, commercial, office, retail, hospitality and residential components. It has been endorsed as an MSC Malaysia Cybercentre, also as Malaysia’s  tourism destination and declared an international park by the Selangor state government. And now another feather on its cap – the Selangor Golden Triangle.

Nearly 5,000 units have been fully sold and handed over to the owners of the high-rise residential towers. The Central i-City Mall was officially opened last year. The completion of the new 33-storey A-Grade GBI-rated corporate tower, Sumurwang Tower, which house I-Bhd’s new corporate headquarters, marks the group’s latest property investment.

Alongside Best Western Hotel, the DoubleTree by Hilton will lead the way for other international hotel chains and multinational companies to follow when the next phase of SGT hatches.  The development is well-connected with easy access to major highways. As it sits between Kuala Lumpur City Centre and the Kuala Lumpur International Airport (KLIA), it is in a position to carve out its own place in the limelight. 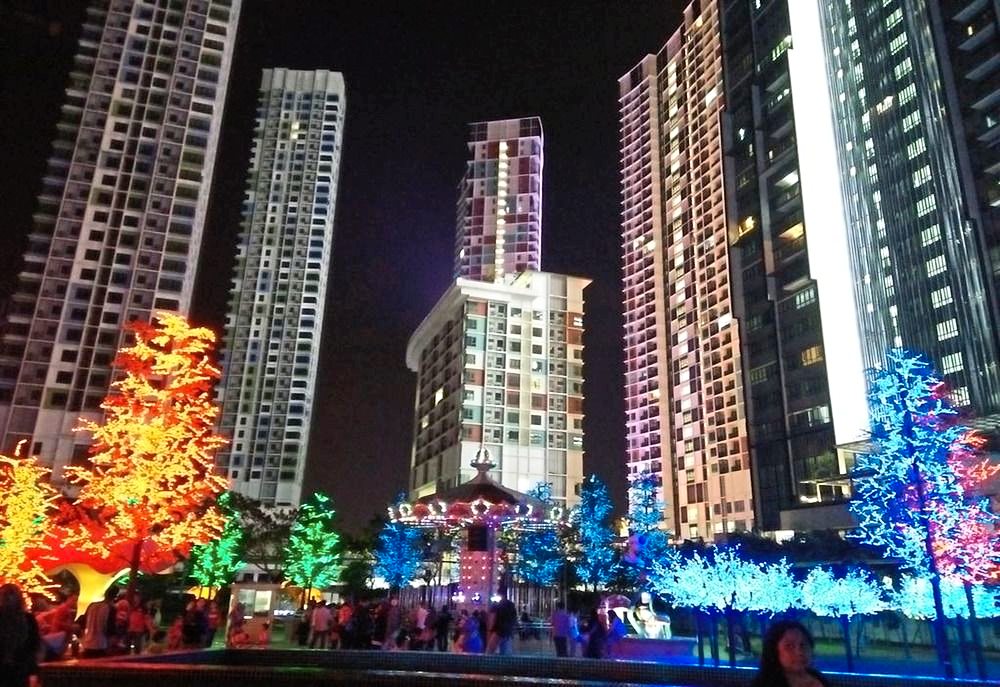 i-City was listed by CNN Travel as the Top 25 brightest and most colourful places in the world in 2017.

Having completed the Central I-City Mall and the Sumurwang Tower, the next stage of design work will see how integrated functionality is incorporated within the existing setting to enable SGT to expand into an innovative and enterprising business hub, said Mak.

The next stage will be an exciting one with the iconic 79-storey landmark – SGT Tower anchoring the entire SGT fronting the Federal Highway. It features, among others, the tallest 5-star hotel in the capital state. The top of the tower offers a panoramic 360 degrees view and act as a beacon lighthouse for Selangor’s capital state. 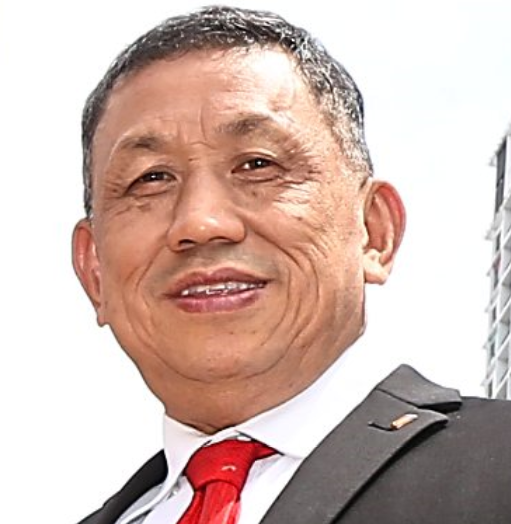 “This bears great testament to the gradual realisation of our master plan,” said Lim.

SGT Tower is envisioned as a global centre for technology and innovation, home to hightech and start-up corporations.  This crown jewel of a tower will be the highest building in Selangor once completed and along with the rest of i-City SGT, it will change the capital city skyline.  Meanwhile, the Selangor Golden Triangle Showcase, themed The World of Digital Possibilities, is scheduled from Oct 1 to 4, 2020 at Central i-City shopping mall. Together with industry world leaders- Huawei, HIKVision, SenseTime and BMW, it aims to demonstrate how the SGT resolute digital transformation to become the epicentre of future lifestyle.

Various walkways will connect the components together, providing seamless connectivity to the community.

The possibilities are endless in i-City SGT, with its estimated 30,000 residents and 20,000 knowledge-based workers upon its completion. It is an important location for local and international connections, commerce and communications; a significant centre for the state capital.