Bumpy Road Ahead Next Year 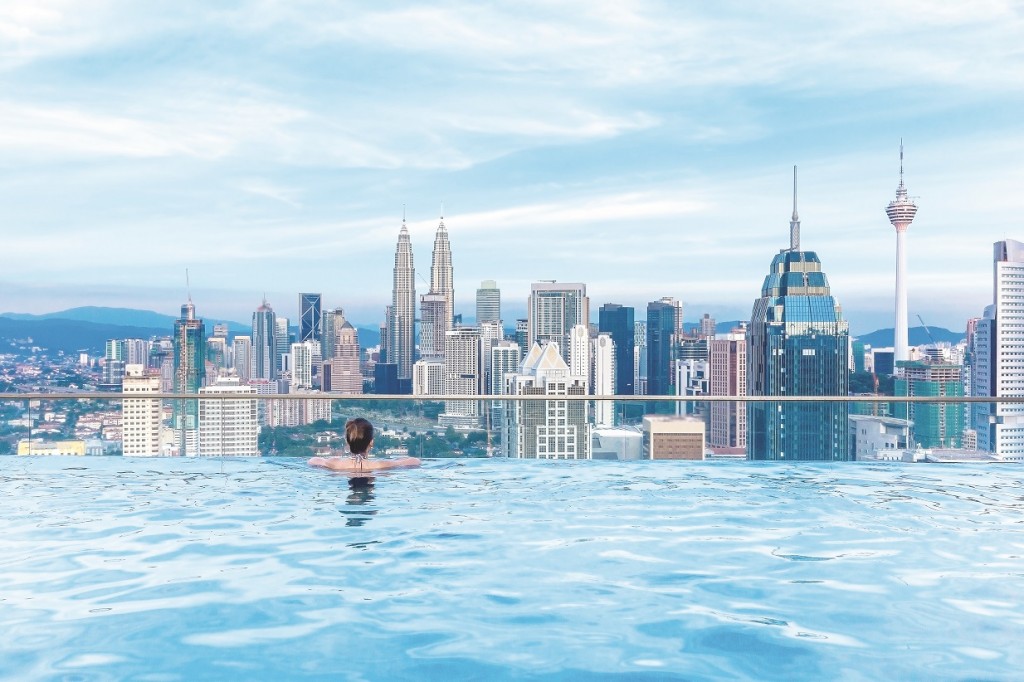 Year 2019 winds down after another challenging year for the property market, and the outlook for 2020 is nebulous at best. The property overhang issue is unresolved, and the people’s desire for more affordable housing remains a lofty goal. Despite the bleak circumstances at hand, experts of the industry are suggesting that the market is showing signs of recovery. Here is what they have to say: 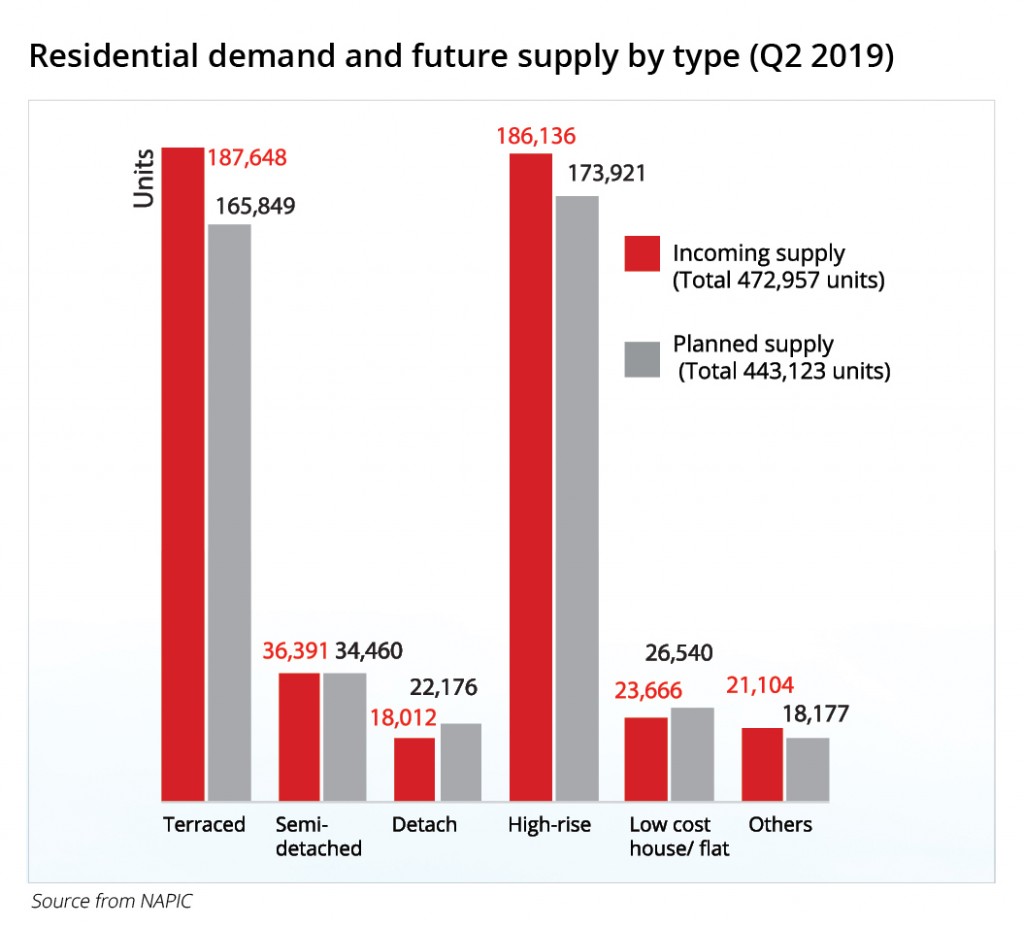 Knight Frank Malaysia managing director Sarkunan Subramaniam remarked that the residential property market appears to be bottoming out, although it will take some time before the market sees any significant improvement.

“It should be noted that the property overhang is attributed to various factors such as mismatch of products, location, expected yield rather than pricing alone,” he said. He added that some units have remained unsold due to factors like unfavourable location in terms of accessibility, distance, lack of amenities and product type.

Royal Institute of Surveyors Malaysia deputy chairman Aziah Mohd Yusoff stated that residential properties, particularly terraced houses and condominiums, continue to be in demand, as long as they are reasonably priced, and are in well located areas. Sarkunan suggested some established neighbourhood and upcoming hotspots that are already drawing the attention of the upper-income population, high-net-worth individuals and foreign buyers.

Such places include Desa Park City, Taman Tun Dr Ismail, Damansara Heights, and the upcoming financial district of the Tun Razak Exchange, whose spillover effect will benefit the Imbi and Pudu area.

“Affordable properties, especially those below the RM400,000 mark, will continue to drive the market,” said Malaysian Institute of Estate Agents president Lim Boon Ping, who added that residential properties for the past few years have contributed to over 60% of the total volume of transactions. 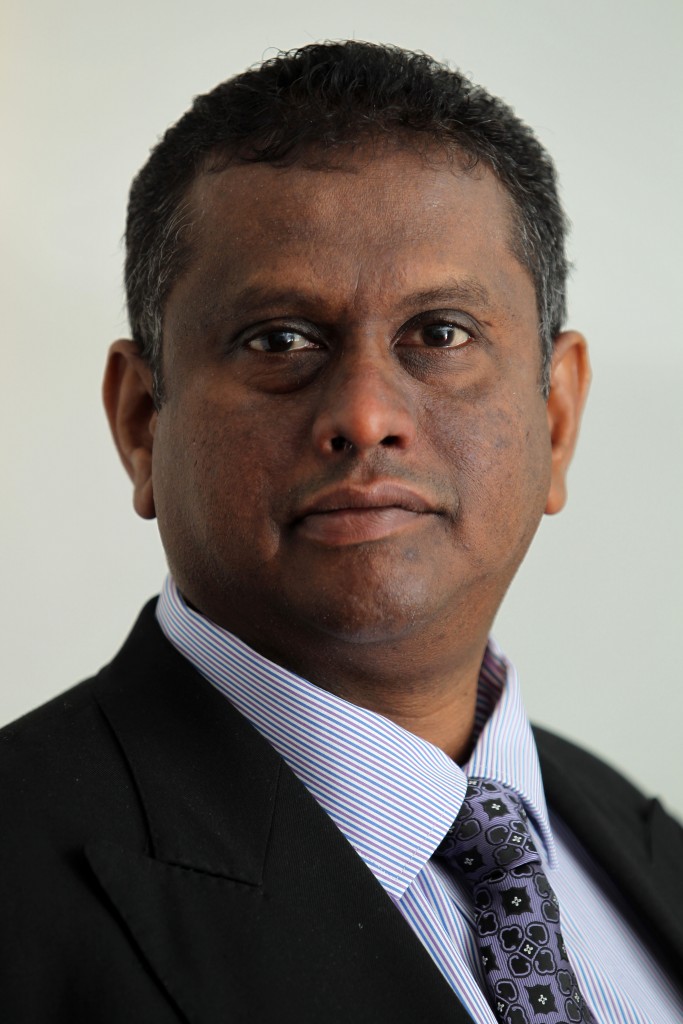 Sarkunan said the residential market will bottom out but it will take some time for significant improvement to happen.

Regarding the sub-sale market, he explained that it is undergoing correction since a few years ago. “From the transaction statistics, we do believe that it has hit rock bottom this year and it is showing signs of slow recovery,” said Lim. Supporting his statement is Aziah, who believed that the secondary property market, predominantly the residential portion, is in a correction period.

She attributed the situation to poor market sentiment and the strict lending rules imposed by Bank Negara. Aziah further believed that the impact from the year 2019 would likely extend well into next year. According to her, the Valuation and Property Services Department of Malaysia (JPPH) reported that the property market has generally improved for the first half of 2019 with an overall increase in volume and value of transactions in both the primary and secondary markets comparative to 2018.

Sarkunan is confident that the shift of the base year for real property gain tax to Jan 1, 2013, for assets acquired before the date, from Jan 1, 2000, should lower taxable gains on property disposal, resulting in a higher level of activity in the secondary property market last year.

Other helpful factors that boosted the sector include the improved processing procedure for the Malaysia My Second Home application and the revision of price threshold for foreign buyers for unsold high-rise properties in urban areas.

Rafiq remarked that developers are aware of the risk of building high-end products, but they continue to do so in the knowledge that the government will come to their aid. Such assistance comes in the form of the current Home Ownership Campaign and the lowering of the threshold price for foreigners to own a house.

He said government intervention is unnecessary in the housing market as market forces will correct itself. Instead, the governmental focus should be maintained on town planning and public transport systems, which in time will improve the demand for property, and incidentally, improve the quality of life for urbanites.

Adopting a pessimistic stance, Rafiq said the government might push for more affordable houses, but developers’ response is lukewarm due to the lower profit margins and risk associated with this product category.

“We will not see an oversupply of property in this range for the next three to five years. Unemployment and cost of living will rise in tandem. By 2021 and 2022, more properties shall be up for auction,” warned Rafiq. He said new property prices would remain high while the secondary market will improve with a minimal price reduction.

Commercial and retail elements scramble to tech up 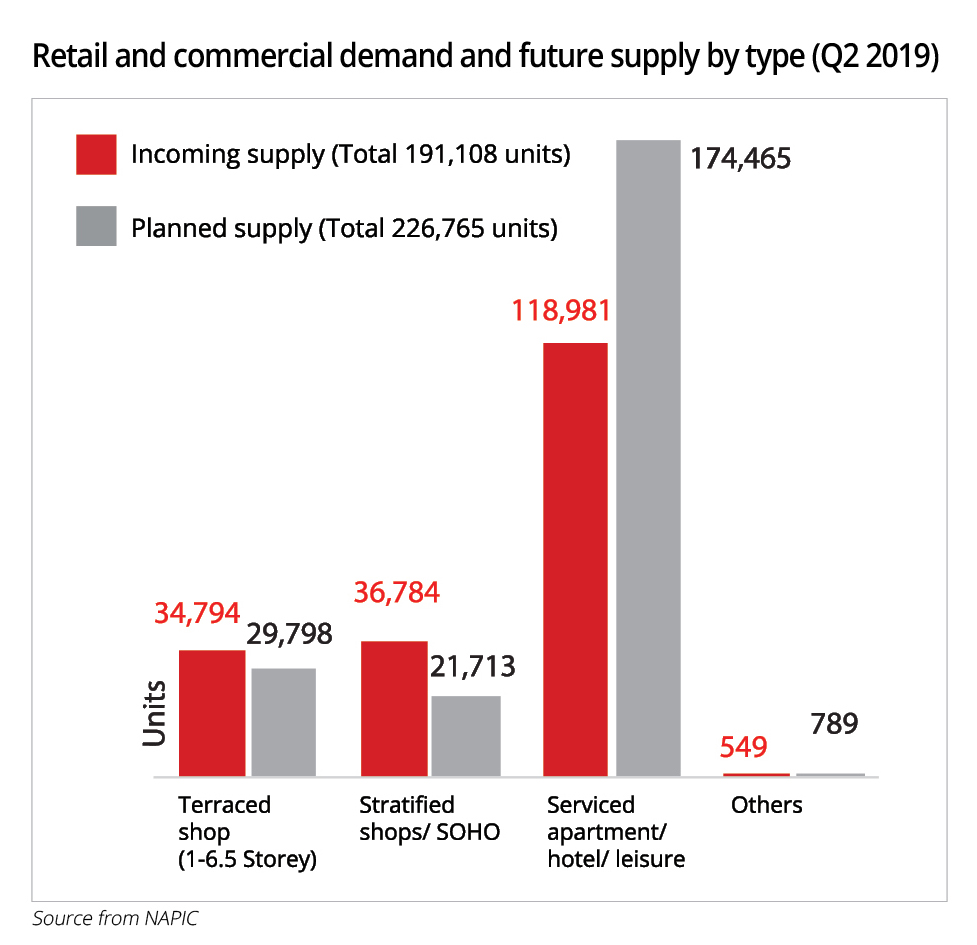 As for the retail sector, Sarkunan observed that new shopping centres and malls without high pre-committed take-up would face challenges in the diluted retail market. Operators of existing shopping centres need to continuously review their trade and tenant mix to ensure their attractiveness to consumers within their trade areas. Retailers must also innovate and refresh their stores by embracing technology to remain relevant in the market.

Aziah foresees the commercial sector remaining as an auxiliary element in generating business activities while serving as a push factor in attracting investments. Brick and mortar formats in retail malls have continued their survival after the technological disruption as they quickly adapt to having a variety of platforms to meet the current demand of the digital population.

Slum in office spaces, with a possibility of a rebound 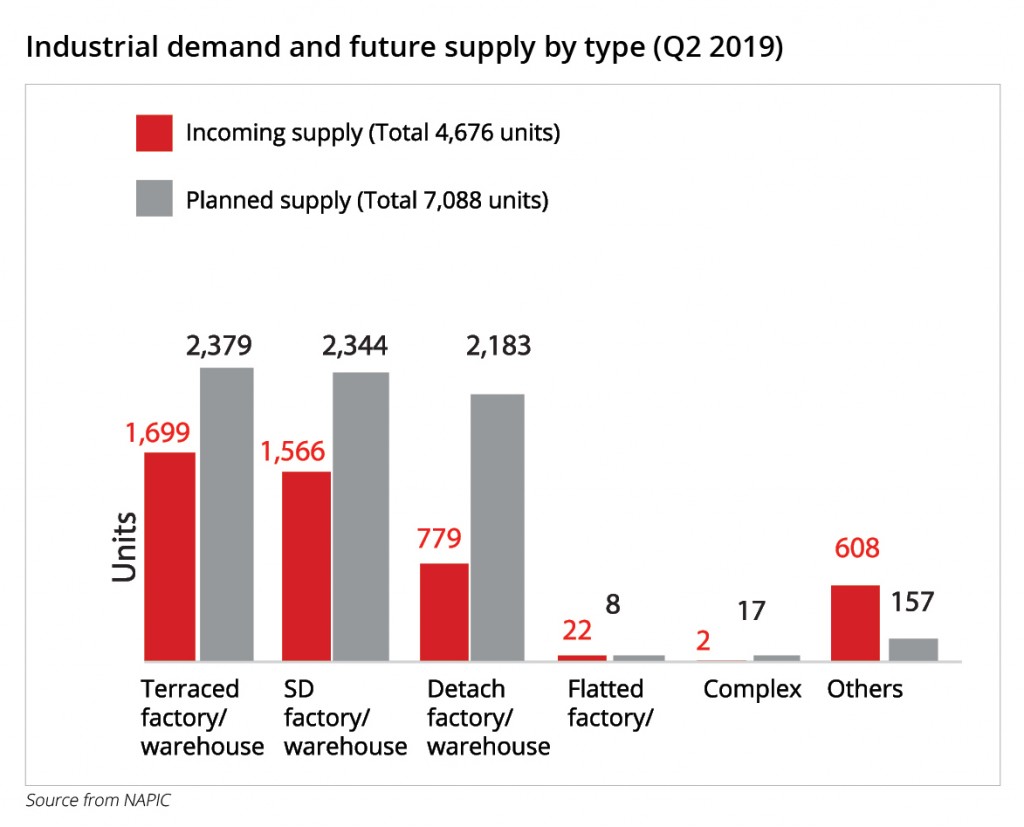 Knight Frank Malaysia corporate services executive director of Teh Young Khean remarked that the office market in the Kuala Lumpur city centre is expected to remain challenging in the short- to medium-term. This is due to the growing pipeline of office spaces and the slower absorption rate.

On a positive note, Teh noted that investment incentives announced in the recent National Budget 2020 should encourage more inbound investment from Fortune 500 companies and “global unicorns” in the next five years, particularly from the high technology, manufacturing, creative and new economic sectors.

Coupled with concerted efforts by InvestKLto attract more multinational corporations (MNCs) to invest in the country, and it is likely to stimulate the economy while creating a multiplier effect on the KL office market and other market segments.

“To date, InvestKL has attracted 85 MNCs and created some 12,000 jobs, and this has had a positive spill-over effect on the office market,” said Teh, further stating that the government agency remains on track to achieve its mandate of 100 MNCs by the Year 2020.

Malaysia’s improvement from the 15th to 12th spot in the World Bank Doing Business 2020 Report further emphasised that various ongoing reform initiatives to enhance competitiveness, productivity and governance in the ease of doing business, and the promotion of investment, appears to be bearing fruit.

From a macro perspective, Aziah said the industrial sector had performed well in 2019, which is largely attributed to the growth of online shopping that spurred the logistic and warehousing sector. She listed the establishment of the Digital Free Trade Zone and the proposed extension of Port Klang’s Westport logistics centre as some of the initiatives to make Malaysia a strong distribution hub. 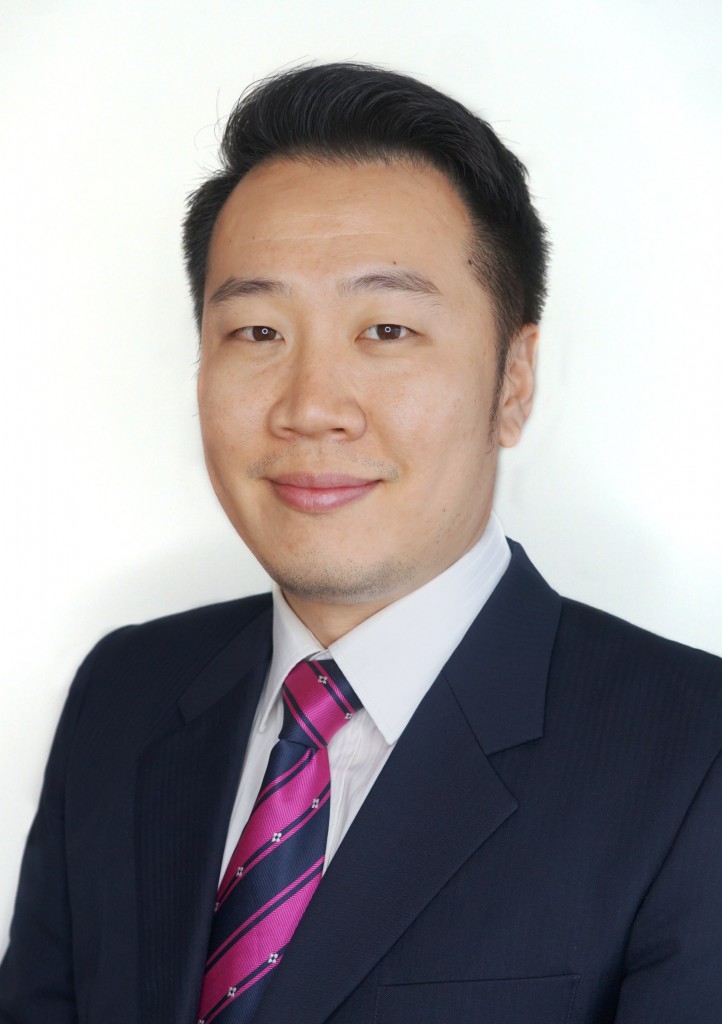 The office market remains challenging due to the growing pipeline and lower rate of absorption, said Teh.

“Invest Selangor is motivated to bring in more foreign direct investment and has since increased effort and initiative to bring in new foreign investments, given that Selangor’s industrial and manufacturing outlook remains sanguine, and is expected to perform well,” he stated.

Traditionally, Shah Alam is the main industrial area for its central location between the city and the port. Sim pointed out new areas of interest for industrial development which are facilitated by the anticipated completion of the West Coast Expressway (WCE) by the end of 2022.

The 233km long WCE stretching from Taiping, Perak to Banting will act as a parallel access to the North-South Expressway, connecting perpendicularly to all the east-west bound highways running from the port to the city.

The infrastructure has helped boost economic developments and will be a boon for the industrial sector, further opening up opportunities for new areas such as Kapar, Banting, Bandar Bukit Raja, Pulau Indah and more to become a strong platform, one that caters to the expansion of the industrial sector within Selangor.

Besides alleviating congestion and reducing the travel time through the coastal areas, the expressway augurs well for the logistics segment and supply chain management. In addition to that, the upcoming premium logistic and manufacturing hub of AREA Management in Kota Seri Langat further reaffirms the positive impact the WCE network will bestow to the industrial sector.

Sim indicated Malacca as another state with industrial potential, now with the proposal of multiple new harbours as well as the upgrade of the Malacca International Airport. 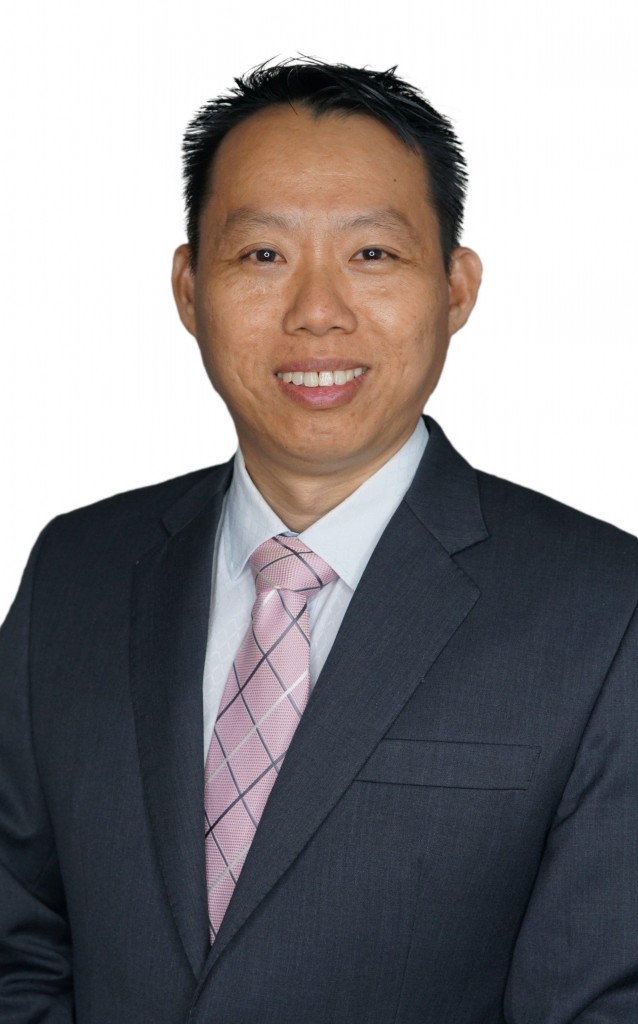 Sim said the expansion of the Kuala Linggi International Port and the deep port at the Melaka Gateway will set an interesting landscape for the industrial sector.

“We are in the opinion that the two upcoming projects, being the expansion of the Kuala Linggi International Port and Melaka Gateway deep seaport, will set an interesting landscape for the industrial sector, especially in shipping and oil and gas activities,” he explained.

Both projects are strategically situated along the Straits of Malacca, a pivotal maritime belt, which is located mid-way between Singapore and Kuala Lumpur. The RM15bil Kuala Linggi International Port’s (KLIP) expansion project will see TAG Marine Sdn Bhd in a long-term strategic collaboration with Euronav NV, the world’s largest independent tanker company, to develop a home port as well as a bunkering hub for low sulphur fuel and marine services.

Sim said the upgrade and expansion of KLIP will span 620 acres of reclaimed land, with 1.5mil cubic meters of oil storage capacity. The Melaka Gateway is set to be the largest marina in Southeast Asia, housing a high-tech maritime park and a free trade zone over four islands.

Island 3 and Island 4 spans about 850 acres of reclaimed land, and are planned to cater solely for industrial purposes, with the intention of housing a liquid cargo terminal—Melaka Gateway Port and the Maritime Industrial Park.

To sum up 2019, residential and office spaces show little sign of recovery, with little chance of a rebound next year. Industrial development appears robust in Malacca and Selangor while the retail and commercial sector race against the fast pace of technology to remain relevant.