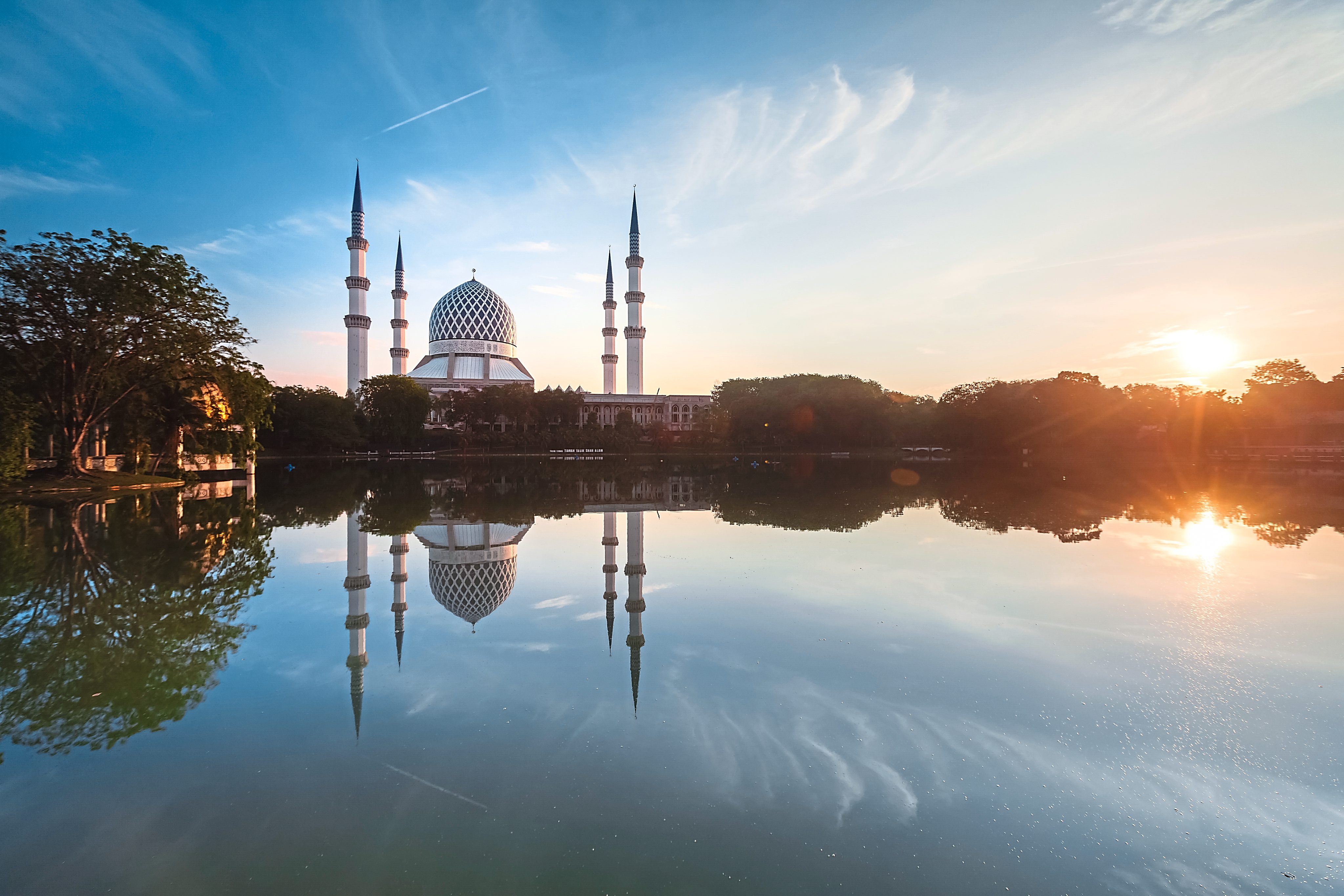 Malaysia’s unique composition of races has always been a point of delightful curiosity for western visitors. Our diverse cultures brought about myriad culinary delights, spawned folklores of legendary proportions, and not forgetting the endearing ancestral structures that withstood the test of time.

These heritage buildings form abodes, houses of worship or commercial areas that attest to our cultured past. Sadly, many are being demolished as the present ushers in skyscrapers to answer the issue of land scarcity. Understandably, our forefather’s antiquated form of architecture may be impractical in the current age and doctrine of town planning. But, it is still an interesting exercise to take a step back into the past and appreciate a gradually fading art form.

Depending on the timeline, Malay houses started off being completely made from wood, such as timber and bamboo. At a time where engineering and architecture as a profession is still at its infancy, Malay craftsmen were already a step forward by creating recyclable houses. Instead of using nails, these structures were erected by fitting wood parts together in grooves and holes, which allows the houses to be dismantled and erected again at other sites. 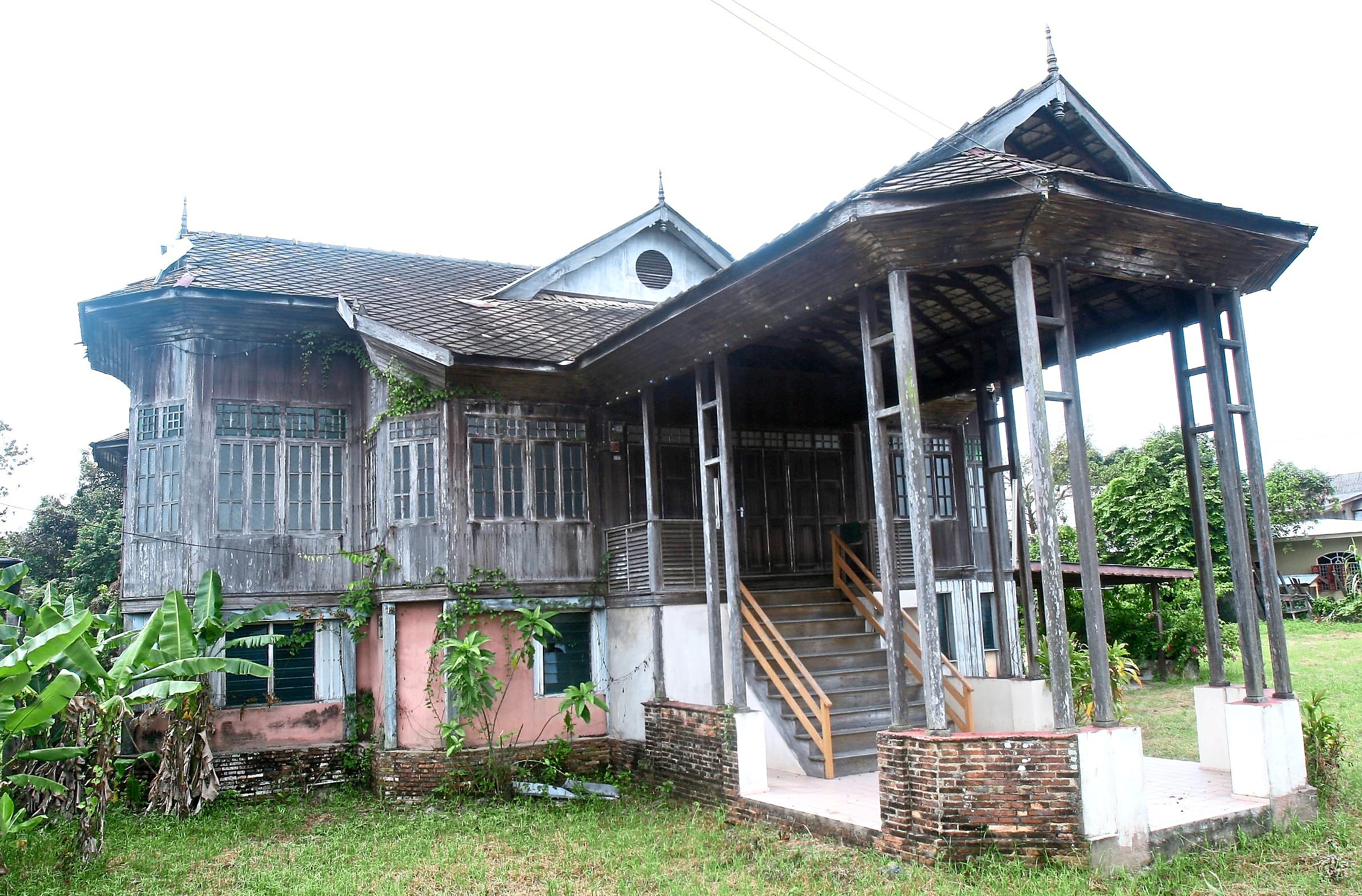 Those familiar with a traditional Malay house will appreciate the signature stilts it sits on, a feature designed to protect residents from wild beasts, rising water and to provide ventilation.  Due to the elevated position, stairs are a necessity, and this is coupled with the proprietary vernacular roof and partitioned rooms. However, it is not to say that all Malay houses are homogenised, as they vary by state, sub-ethnicity and province.

On another note, wooden houses carry significant maintenance costs as the material degrades at an accelerated rate under the tropical weather, not considering the possibility of a termite invasion. But as we progress along the timeline, Malay houses have begun embracing a meso modern style, which incorporates cement into the building. Since Islam holds a prominent role in the Malay community, mosques are another focus of the Malay architectural splendour.

The 18th century saw vernacular mosques of smaller builds which reflect the characteristics of a traditional Malay house. Pitched roofs enable rainwater to run off quickly while stilts raise the mosque above ground level to avoid floods. For ventilation purposes, there are the louvred windows, carved panels and fanlights. The British occupation of Malaya, a period from 1795 to 1957, witnessed colonial-styled mosques designed by local and British architects. 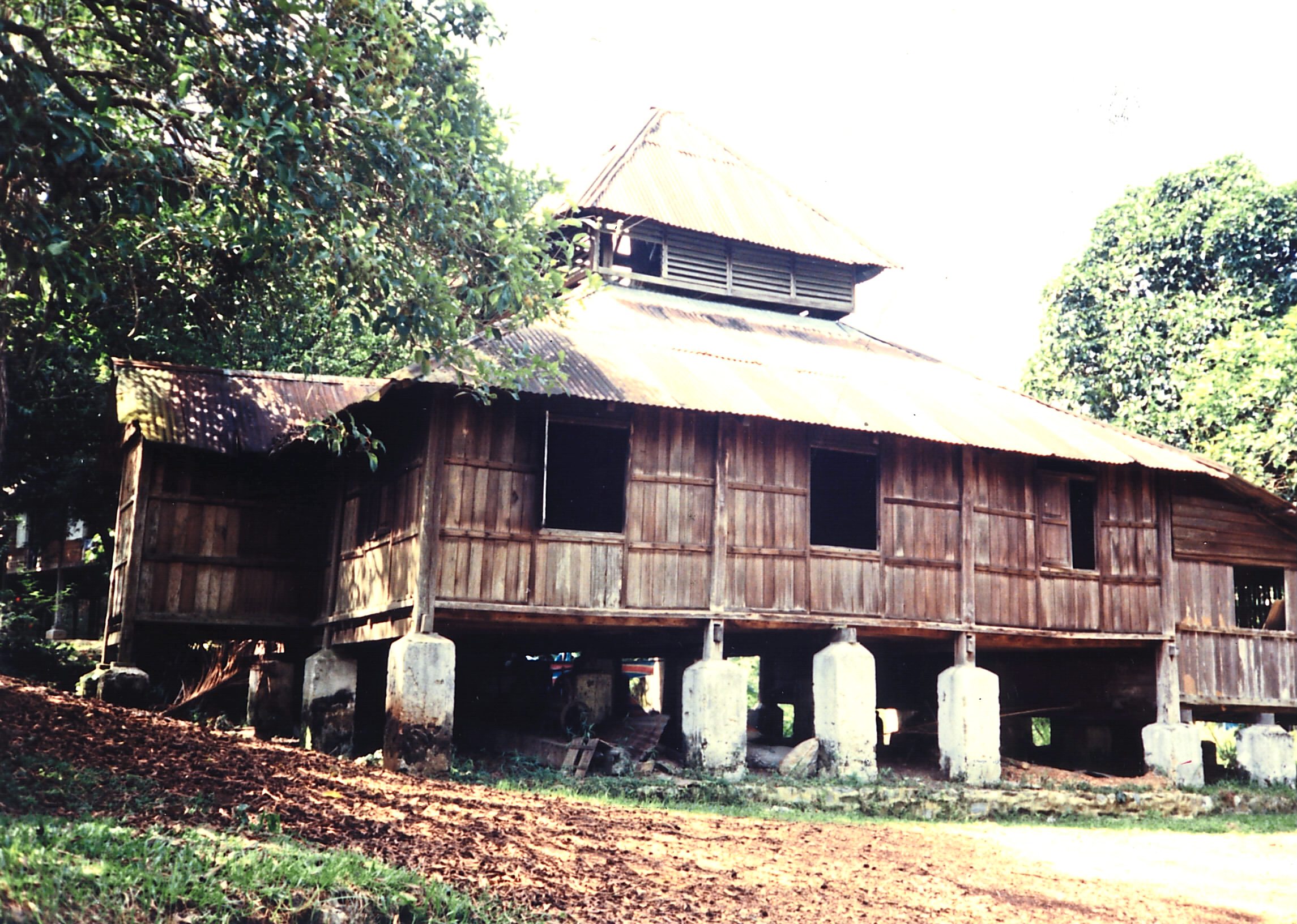 They are easily distinguished by the Moorish and Baroque elements, extensive use of cement instead of wood, and are relatively larger compared to their predecessors. Colonial mosques exhibit common features such as classical columns, pilaster, turrets, pointed arches, keystone and domes. The domes of a mosque symbolically represent the vault of heaven, and hence, its interior is extensively decorated. Depending on the type, some mosques have multiple domes while others possess a single dome.

With the single dome, it is often found surmounting the Qibla wall, which is the direction of prayer. Together with the Qibla wall, the Mihrab and Mimbar display an impressive array of artwork, from calligraphic inscription citing the Koran to intricate woodwork and stonemasonry.

Reflecting the struggle for liberation 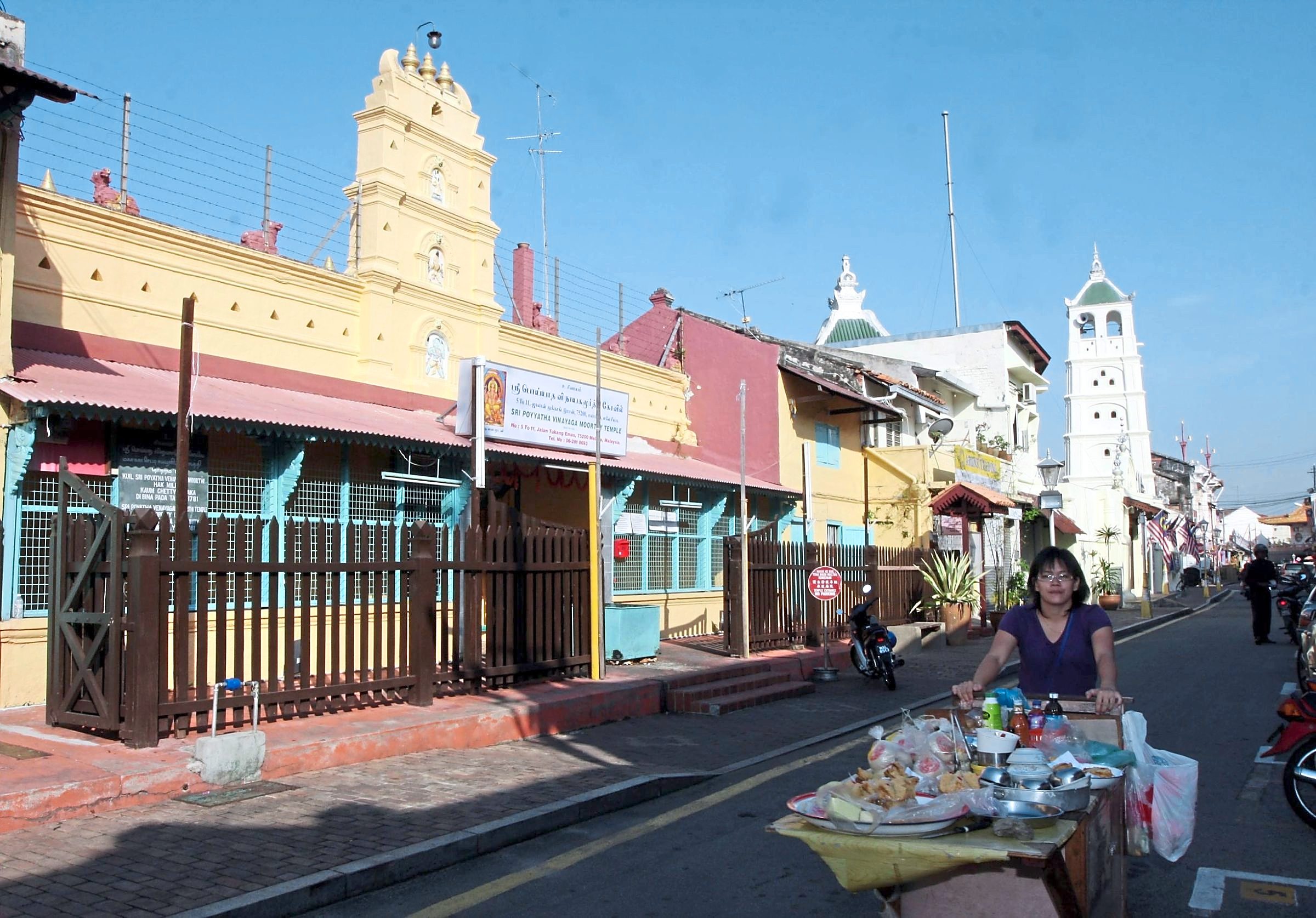 Dating back to 1781, Sri Poyyatha Vinayagar Moorthi sets the record as the first Hindu temple in Malaysia.

Unlike mosques, Hindu temples are filled with carved images depicting people, gods, flora and fauna. They may appear in many different configurations across the world, but in Malaysia, the temples are positively Dravidian, and they are either rectangular, square, octagonal or star-shaped.

Approaching visitors are first ushered through a heavily decorated entrance, also known as Gopuram, into a courtyard overlooking the temple. The central tower, or Vimana, crowns the sanctum top, and it can climb up to 13 stories high. Each storey is replete with sculptured images of deities, narrative reliefs from mythology, to friezes containing images of plants, monkeys and elephants.

The interplay of symbols and religious art speak of the cosmic elements, from fire to water, feminine to masculine, to the Hindu sense of cyclic time and life. As worshipers advance from the outer portion into the womb-chamber, the decoration declines so as to divert attention to the deity in the central shrine. 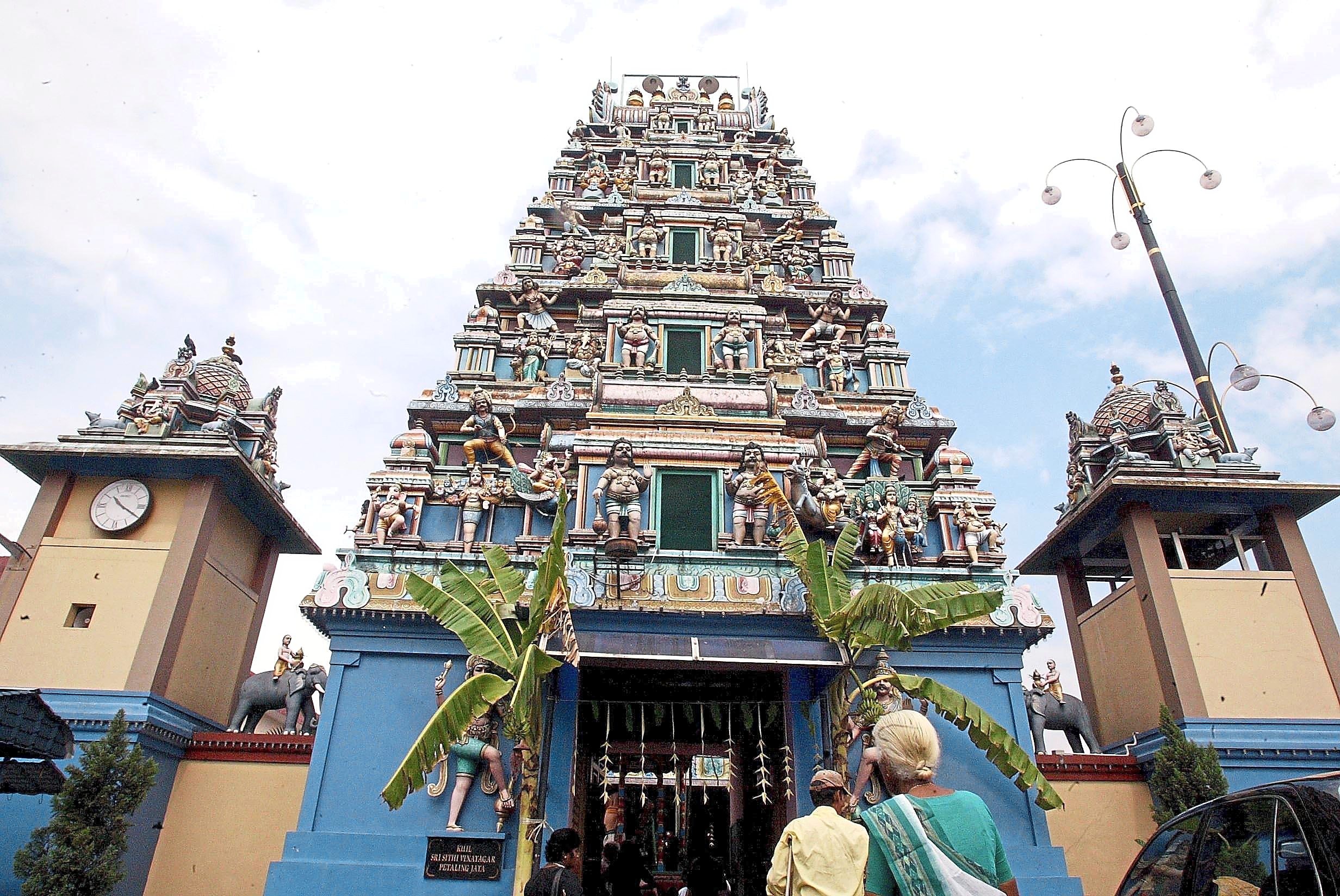 The central tower aims to reconstruct the appearance of the gods’ mountaintop dwelling.

Circumambulatory paths surround the main shrine, introducing other subsidiary shrines as well as halls and pillared corridors to worshippers. Concerning residences, the United Kingdom has greatly influenced much of the Indian architecture as it was once a colony of the British Empire. Hence, pre-modern Indian houses are largely similar to the British design, with the addition of cultural decorations and sculptures.

The spirit of industry

If the Indians left their marks on temples, then the Chinese were easily distinguished by their terrace shophouses, built in the 1790s to the 1970s. Today, especially in Penang and Malacca, they are part of the UNESCO world heritage site, and despite their antiquated design, can command a premium price on the property market. Starting as humble single-storeyed homes, the terrace shophouses are simple and practically designed. Common features include overhanging terracotta pitch roofs, louvred shutters, wood-panelled doors and lime plaster on structural brick walls. 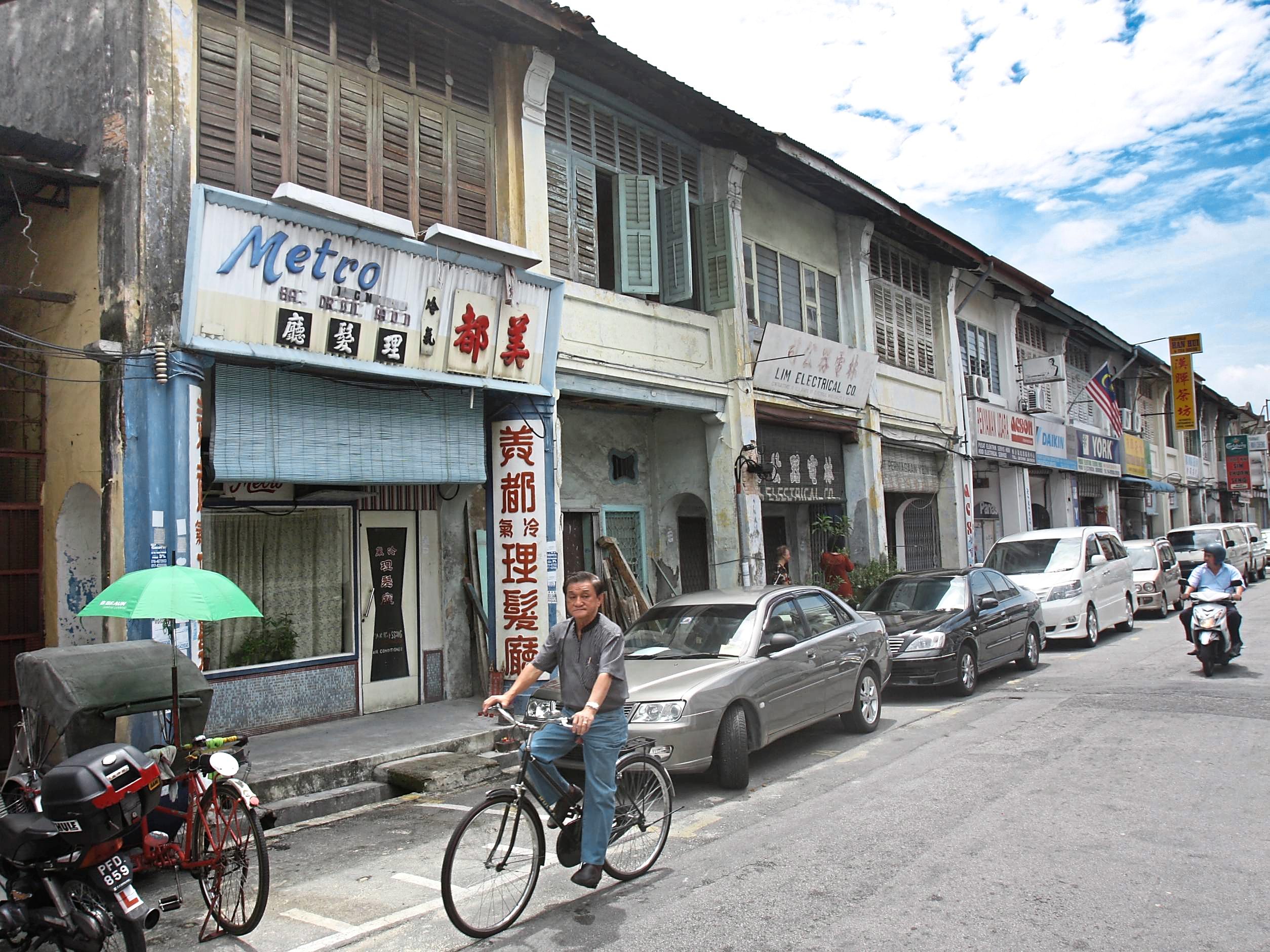 The Metro hairdressing saloon is among one of the few traditional barbershops left on Cintra Street, George Town.

A single wall separates each unit from neighbours and open-air wells are erected in the middle to remove heat from the charcoal stoves. As the residents increased in wealth, the facade decoration began to grow in intricacy, with the introduction of Chinese pillar heads, ceramic air vents and carved timber doors. The now double-storeyed house has the residential component designated at the top, and the commercial elements at the bottom.

With regards to religion, the older Chinese community are also superstitious and spiritual, having erected various temples across Malaysia. These houses of worship are steeped in Feng Shui, as the colour, features and alignment of the building each hold deeper meanings. Starting from the apex, the roofs are curved to ward off evil spirits, with each curve no more than a sweep. Green wave-like tiles run horizontally across and are intersected by vertical round ridges that symbolise bamboo shafts for longevity and youth. 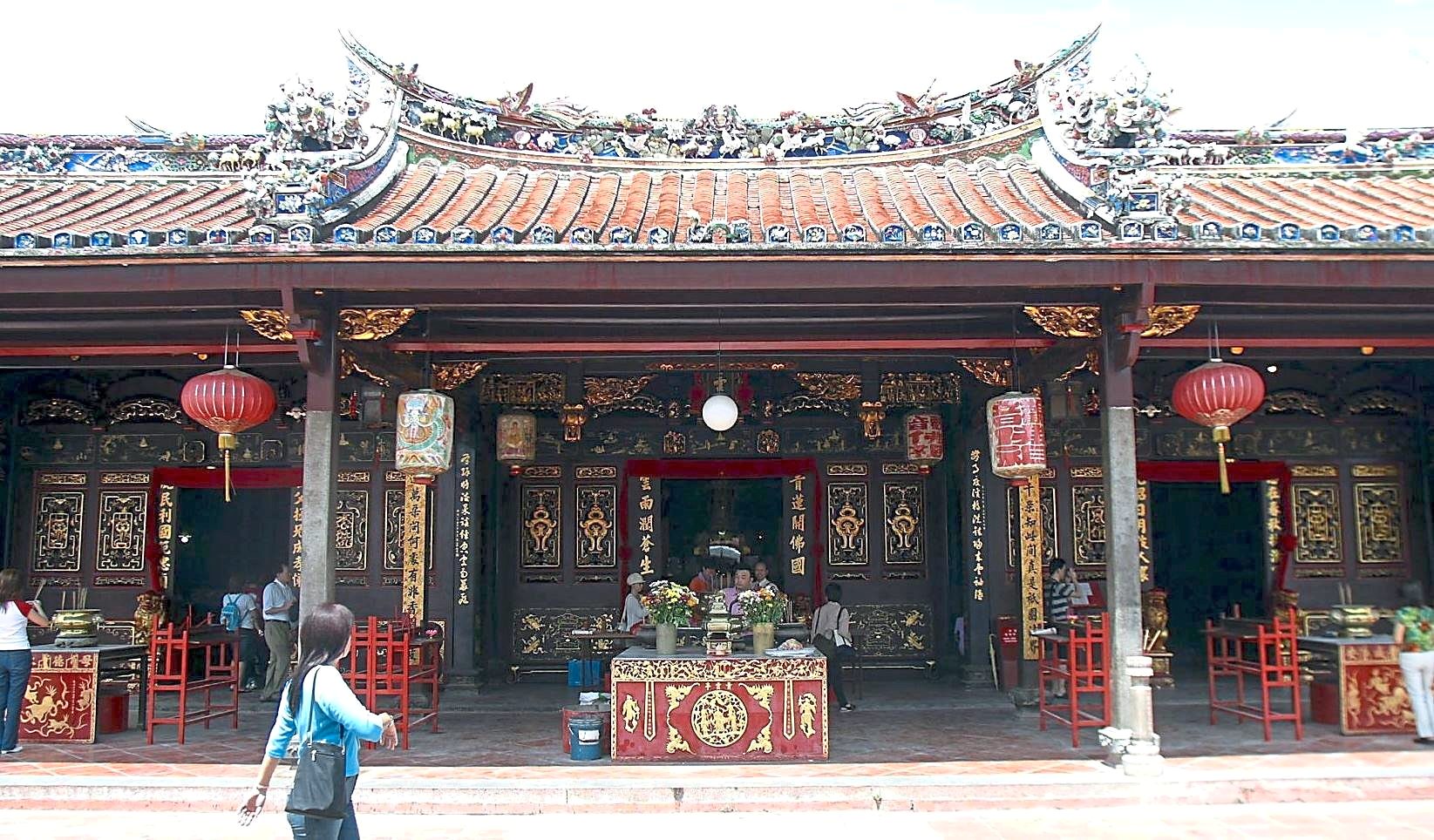 Built-in 1646, the Cheng Hoon Teng temple is billed as the oldest Buddhist place of worship in Malaysia.

The more affluent temples display roofs heavily adorned with mystical characters such as gods, dragons and birds. Those familiar with Chinese temples will also note the recurring colour of vermillion and gold, which are deemed auspicious. These are but a study of the three main races in Malaysia, which is telling enough to suggest the cultural diversity inherent within the country.

Irrespective of racial differences, Malaysians have proven to the world their capability to live in peace, a feat requiring much work and diplomacy from our forefathers. In conjunction with the spirit of Merdeka, civilians should celebrate their differences by fostering a better understanding between each other, and continue to perpetuate the unity that makes everyone Malaysians.