From brainchild to 2nd brain 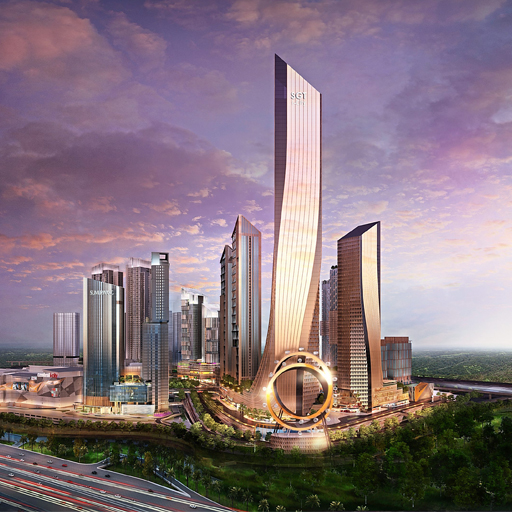 An artist impression of i-City Golden Triangle once it is completed.

A picture paints a thousand words. A vacant plot in 1995 has been transformed into the RM10bil i-City Golden Triangle, with the best yet to come. This integrated tech-centric ultrapolis, from its initial gestation some 20 years ago, is beginning to bear the fruits of its labour, solidifying its transformation into a global centre of technological innovation.

Creating a region like the famed Silicon Valley in the South San Francisco Bay Area in the United States has always been property developer I-Bhd’s ultimate goal. Its executive chairman Tan Sri Lim Kim Hong firmly believed that this would be crucial to Selangor’s bid in attracting more foreign direct investments, particularly among the high-tech industry.

The move began 10 years ago when the Selangor government took measures to transform itself as Malaysia’s most industrialised state into a knowledge-based economy. Driven by then Selangor Menteri Besar Tan Sri Abdul Khalid Ibrahim, collaborations were made with i-City Golden Triangle to help provide a conducive environment where the k-community can network and interact with one another.

The state government strategy in creating this knowledge and technopreneur hub is to incorporate the elements making up the ecosystem of the most successful tech centre in the world – the US Silicon Valley. They include developing an entrepreneurial pool of talent, organising programmes that will connect entrepreneurs with venture capital partners and encouraging linkages with the universities in Selangor so that they can play a more supportive role in the state’s development of a knowledge-based economy.

In 1995, this site was a dream with a vision of a smart technology city.

I-Bhd took it upon themselves to invest into providing the infrastructure to achieve this dream, driving the development forward. This integrated ultrapolis has come a long way to its today’s, gross development value of RM10bil, occupying 72 acres of prime freehold land in Shah Alam, Selangor.

i-City Golden Triangle’s journey has reached its catalytic stage where the next phase, comprising the 79-storey iconic Golden Triangle Tower and the first of-its-kind — Double-Eye, featuring two cantilevered observation wheels with the outer wheel inter-looping over the inner one, will elevate the development into the global arena.

The key that unlocks value

An aerial photo of how i-City Golden Triangle looks today.

But technology is the key that will ultimately unlock the true property value of i-City Golden Triangle. That’s why so much was invested into this tech-centric ultrapolis, and emphasis of the basics of ABC. When technology is incorporated into ABC, a bigger picture will form.  Looking at the modern concept, A represents artificial intelligence, B is for big data and C, Cloud computing. These three foreign-sounding concepts are three life-changing precepts that have formed the basis of i-City Golden Triangle’s evolution this last few years.

And now ABC is further extended to the next level which is the 2nd Brain, to complete its entire ICT ecosystem for endless possibilities in the digital world. This infusion of technology into a property is a growing demand given the Covid-19 pandemic, which has changed the way people looked at technology with the property setting. The push to use technology was amplified. In today’s era, people have come to expect a certain level of technology, but it also has to be achievable. 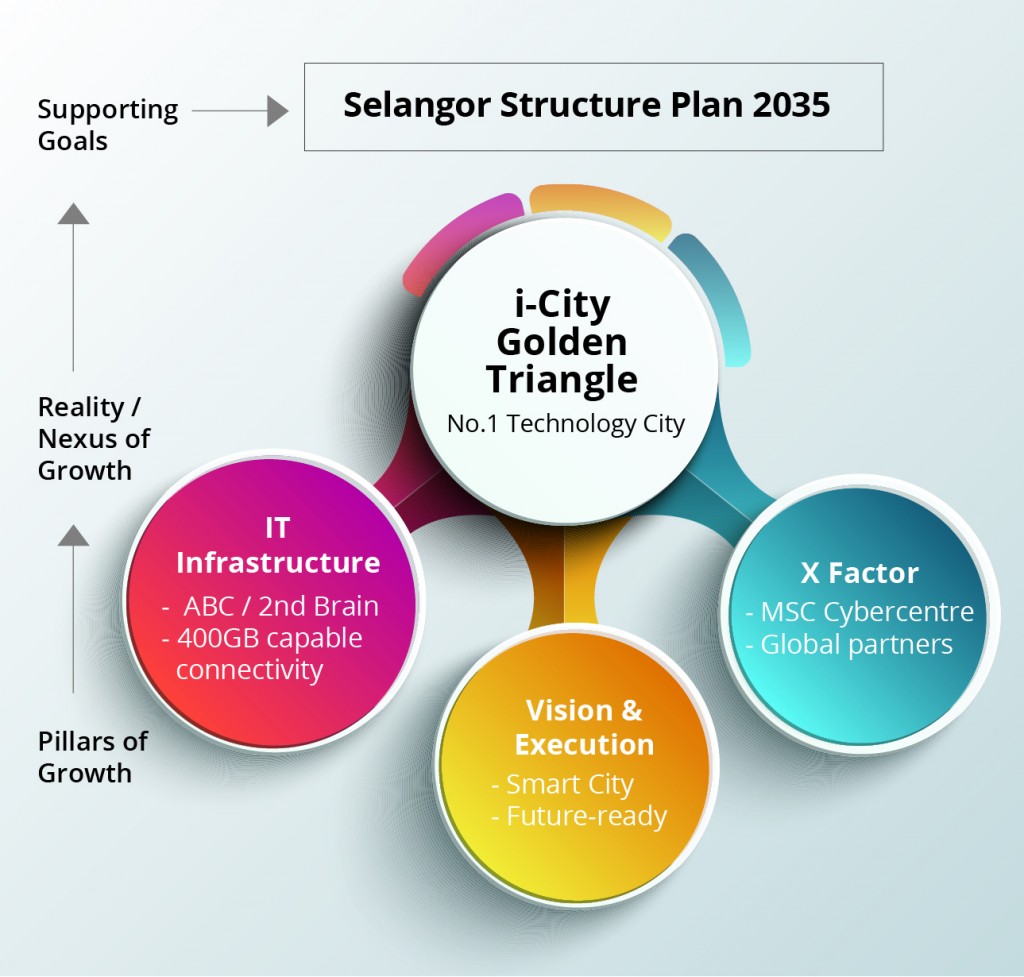 This is a detail that Menteri Besar of Selangor Datuk Seri Amirudin Shari has acknowledged. He said: “The Golden Triangle of Selangor will become the originator of Selangor as the global technology innovation centre.” Selangor is responding to the challenge to shape the future through a comprehensive and sustainable digitisation agenda to become a state that is always facing change, he said in his recent posting.

Amirudin said this policy will also break the stigma that digitalisation or automation will kill job opportunities. “Instead, job opportunities will be created for the people of Selangor through talent matching programs,” he said, alleviating fears of job loss especially during the current economic downturn.

The Information and Communication Technology (ICT) infrastructure has made i-City Golden Triangle the first urban centre in the country to provide fibre redundancy as essential infrastructure. And now connectivity is seamless with i-City’s own SuperApp. It is a single platform one-app where it connects the community in SGT to the realities of their daily life. Online ordering, car parking, find a tenant, job search, monitor utilities usage and payment can be done thru this app.

As a city that is to be built on the fundamentals of an integrated tech-centric ultrapolis featuring the aspects of living, working, playing and shopping conveniences, i-City Golden Triangle is certainly setting a new standard. Once fully completed, i-City Golden Triangle is expected to host 25,000 residents and 30,000 knowledge workers within a high-tech and well-connected-transit oriented development.

Then Selangor Menteri Besar Tan Sri Muhammad Taib (3rd right) kick starts the vision of i-City Golden Triangle as a smart city with the Russian Aerospace Showcase. i-City Golden Triangle stays true to this vision of consciously adopting technology to push the boundaries of its development. The Russian cosmonauts were in the country to share their experience with members of the public. 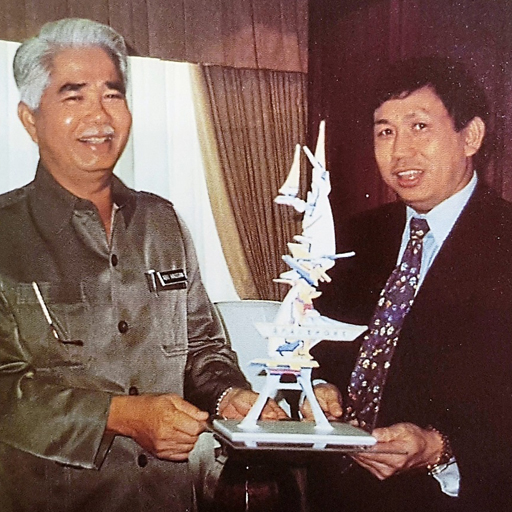 The Selangor Menteri Besar of that time, Tan Sri Abu Hassan (left), lending support to the first of its kind technology-based leisure park, with a showcase of over 1 million LED lights. It eventually took its place among CNN Travel world’s top 25 most colourful and brightest places in 2017. 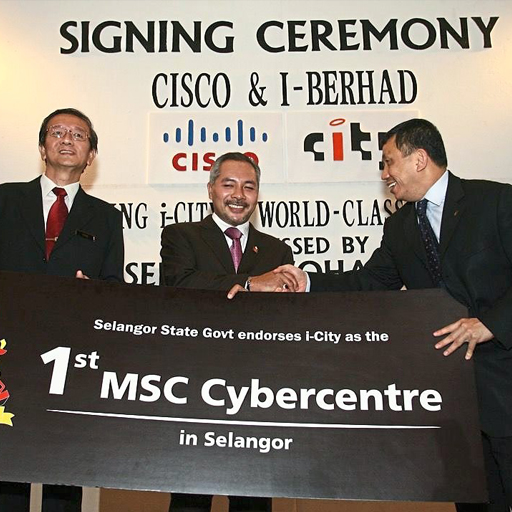 Then Selangor Menteri Besar Tan Sri Mohamad Khir Toyo (centre) endorses i-City Golden Triangle as the 1st private-funded MSC Cybercentre in Selangor. Getting the MSC status with the support of the state government further spur the tech-centric ultrapolis to aggressively extend its ICT network. It was also a Cisco CCRE global pilot project at the time. 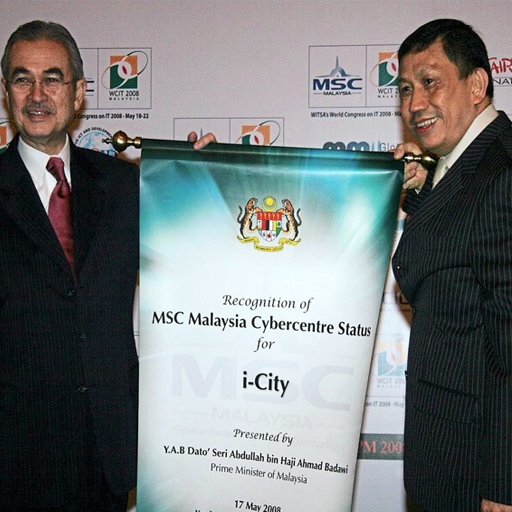 Immediate past Selangor Menteri Besar Tan Sri Abdul Khalid (right) invited Silicon Valley’s PlugandPlayTechCentre.com founder and CEO Saeed Amidi to collaborate on an incubator program to groom local technopreneurs in Selangor. The state government’s plan, in creating this knowledge and technological hub, is to incorporate the successful elements of US Silicon Valley, into Selangor. In addition, a Tier-3 Data Centre was completed in i-City Golden Triangle to support the nation’s big data analytic requirement.