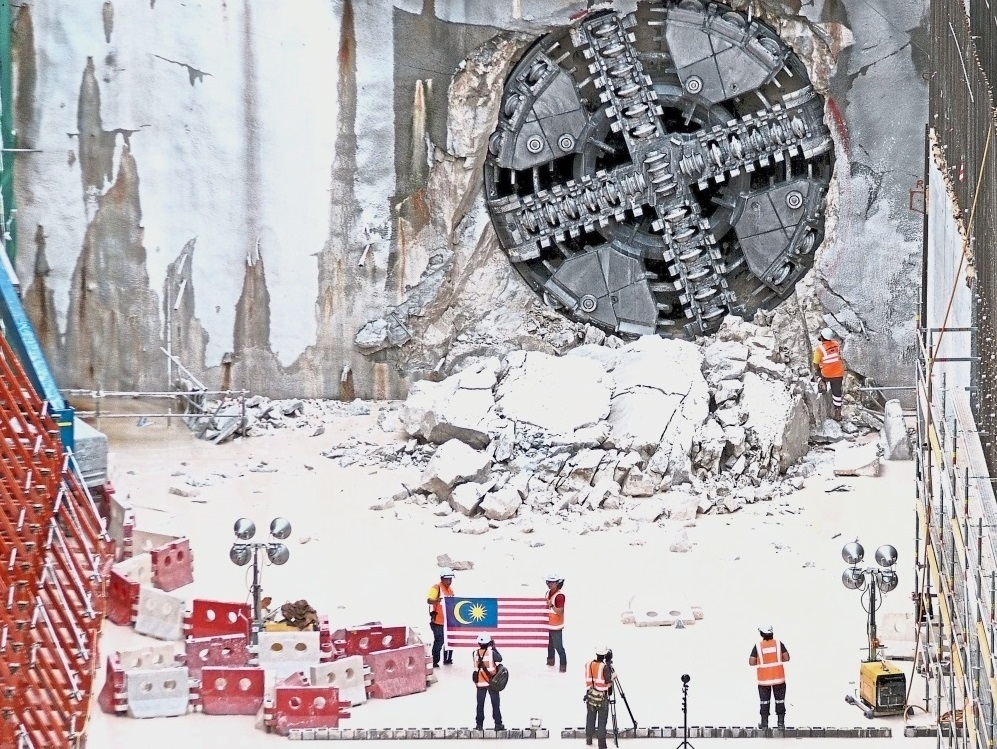 Emergence of the tunnel-boring machine, marking the completion of underground work on the first tunnel for the MRT Sungai Buloh-SerdangPutrajaya Line.

Land scarcity has always been an inhibiting factor in metropolises across the world, and Malaysia is no different. As population booms in cities, the increasing demand in housing takes a further toll on land as a finite resource. Creative new ways are required to maximise land usage, and now with the advancement in construction technology, the subterranean zone is an equally viable area for development.

Land ownership is no longer confined to two dimensions, but three, namely width, height and now depth. Building below ground is no longer a novel technique as can be seen in countries like China, Japan and Finland, who are leading the best practices. Singapore’s expansion through land reclamation has also seen a shift towards underground land for more space.

For now, subterranean developments, also known as stratum developments, are mostly reserved for public infrastructures. This is advantageous as it frees up the surface for other projects while improving connectivity. The sheltered environment below provides further comfort as users are not exposed to sun, rain or fluctuating temperatures. Commercial and hospitality elements make up a lesser degree of subterranean projects, and even rarer are residential buildings.

Where stratum is considered, the utilisation of space is very much determined by the degree of depth. For reference purposes, Beijing’s guideline suggested a depth of 10m or lower as ideal for the construction of pedestrian walkways, commercial lots, parking lots, municipal pipelines, utility tunnels, subway lines and transport hubs. Increasing depth reduces the feasibility of human activities, and spaces at a depth of 30m to 50m onwards are largely reserved for urban infrastructure, storage or underground automobile roads.

Malaysia as a whole still possesses a wealth of undeveloped land and this alleviates the pressure for us to venture underground like other nations. However, major cities like Kuala Lumpur are already experiencing land scarcity, and the way forward for stratum development or transactions can be made easier if legal ambiguities are minimised. Towards the future, the land above and below needs to be planned together.

The shallow subterranean zone is very much integrated to the surface above it, while the deep underground is usually segregated due to lack of access. Complications may develop if one is to build a stratum project after the completion of the surface project. Poorly planned strata projects can be easily demolished, but not so for stratum projects as this may jeopardise the safety of surfacedwelling residents.

Legal ownership of the stratum is another sticky matter. Take for example a situation where an owner wishes to maintain ownership of the surface land while transferring ownership of the land below to a buyer. Kuala Lumpur district valuer Khalid Abdul Mutalib said the buyer cannot establish his ownership on the purchased subterranean land as stratum titles do not exist in Malaysia. In short, an individual can only own the bottom if they also own the top.

Ownership according to depth

Guidelines established by federal authorities state the various types of land and the depth to which owners may claim ownership. Under Jabatan Ketua Pengarah Tanah dan Galian (JKPTG) Circulation No1/2008, the depth of ownership shall not be less than six metres in the case of agricultural land, and in the case of building and industrial category, not less than 10m and 15m. Note that these guidelines apply only to new land from the state and not for existing alienated land. Also, the state authorities can choose to either follow or not to follow the guidelines provided by federal authorities. 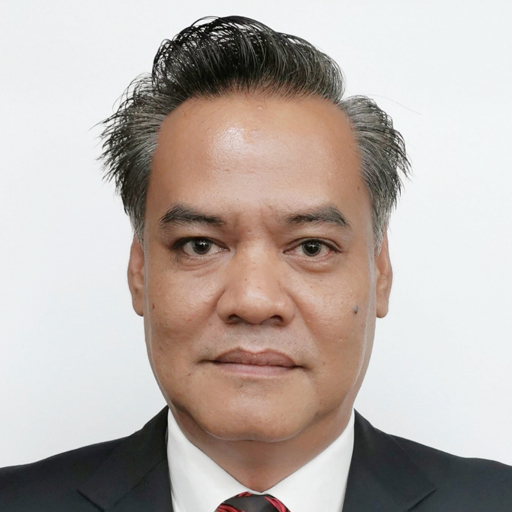 Khalid said that for existing alienated land, the owner owns the ground below, but up to a reasonable depth, a term open for interpretation.

Under Section 92B of the national land code, the state authority may specify the depth up to which the underground land directly below the alienated land may be used, and different depths may be specified in respect of different parts of such underground land.

On a less ambiguous note, the government by default holds ownership over the natural resources of the land below, even if the surface land is privately owned. Natural resources in this context may constitute the sand, rock, precious metal, oil, gas and other resources not mentioned. Another subject that requires mention is acquisition. The government can acquire the stratum under a private owned land through Land Acquisition Act Section 3 (1).

A scenario may involve the initiation of an underground mass rapid transit (MRT) project going under the land of an owner. Before commencement of said project, the owner is called for inquiry at the land office where the intention is being stated. During this stage, the depth of the underground project is communicated and discussions are made regarding the owner’s ability to exercise the use of his land.

Once all matters have been agreed upon, then a reasonable sum of compensation is issued to the owner. In Japan, landowners do not need to be paid a compensation if the public project being implemented is 40m underground. At such depth, the rights of the government or developer is prioritised over the resident. Finnish law is somewhat similar to Malaysia, where the owner of the property has control over the underground part, though the vertical extent of ownership is not specifically defined in the legislation.

Ownership over the lower boundary has been limited to the depth where it can be technically utilised. In practise, this means the depth of six metres from the lowest point of the building lot, which allows the owner to construct an underground cellar, for example. Anyone constructing facilities underground must obtain agreement on the right to use the underground construction site. Ownership can be established through voluntary transactions, agreements or compulsory purchases based on legislation