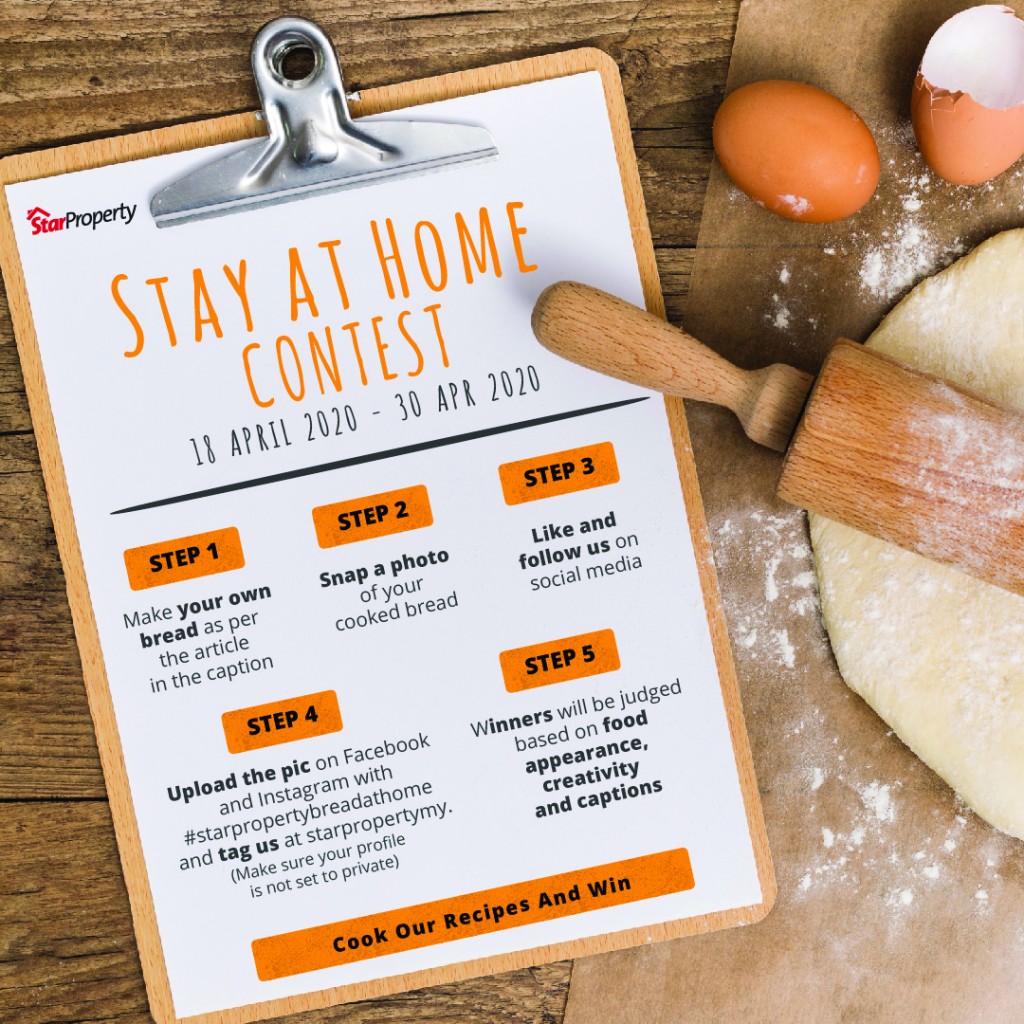 The first series of homebound contests launched by omni-channel property platform provider StarProperty Sdn Bhd is getting rave reviews and a strong number of contenders are vying for the top slots. Beginning with the home cooking and bread-baking contests, the ‘StarProperty Stay At Home Contests’ aim to lift spirits and keep people entertained while the movement control order (MCO) is ongoing.

At the same time, they can win Aeon shopping vouchers, which can be claimed at a later date after the MCO is lifted.
The first round of the contests will end on April 30, 2020 and participants are required to cook any one of the simple one-pot recipes found in the StarProperty’s articles titled ‘Top Five Quick And Tasty One-Pot Meals’ or ‘Five Easy Malaysian Meals’.

Alternatively, those who prefer baking instead may choose to join the bread baking contest which will also end this April 30. The simple bread making recipe and guide can be found in the article titled ‘Time To Use Your Kitchen For Making Bread.’ Winners will be judged on food appearance, creativity and caption of their images shared on social media with the hashtag, ‘#starpropertystayathome.’