How other countries approach Rent-To-Own Schemes 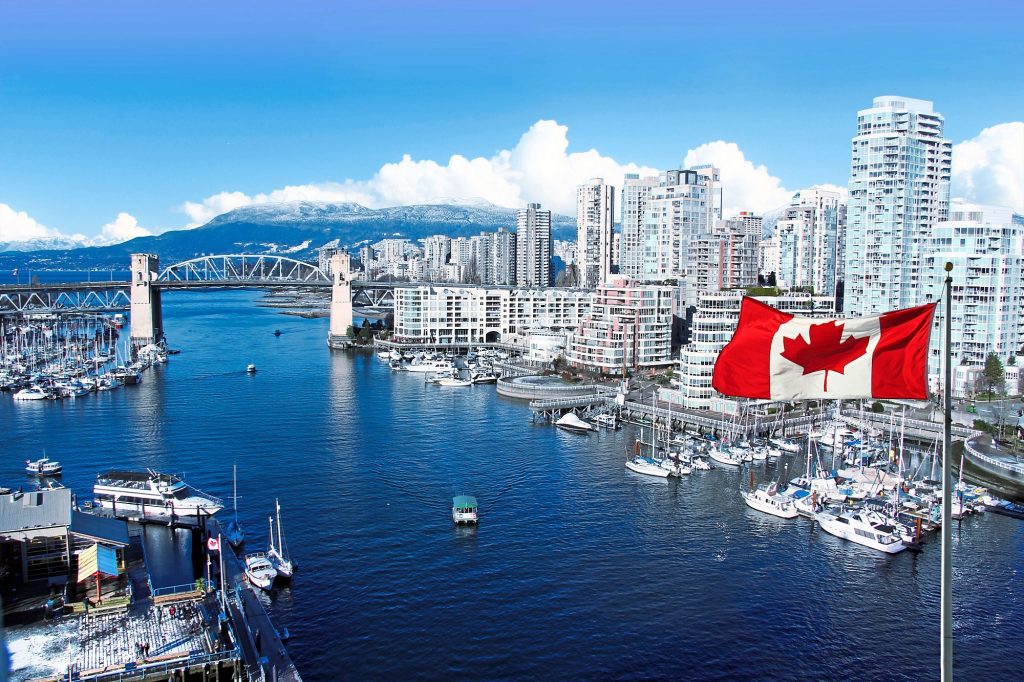 The arguments for owning real estate assets are well established. As time passed and property prices soured, the counter-arguments for renting became more compelling to a generation who found themselves priced out of the market.

Undeniably, owning a home provides greater security, wider powers of use and an appreciating capital asset. Yet, homeownership is a long term commitment and requires a large deposit in addition to an overbearing mortgage from a financial institution.

Rather than grapple with a binary choice of buying or renting, innovative rent-to-own (RTO) schemes offer the perks of homeownership coupled with a lower barrier to entry and the flexibility of home rental. If contemplating whether to rent or to buy, the question now should be, why not both? Here are how several nations deal with their RTO versions.

Canada takes a more liberalised approach to the RTO program. Its RTO arrangements are made with the owners/landlords so are potentially available for any home in the market. Key components of the arrangement may vary, depending on the terms of the contract between landlords and tenants as well as provincial laws. Tenants either sign an option-to-purchase agreement or a lease-purchase agreement depending on the landlord’s offer. The former is more common and accords a choice to purchase the property at the end of the rental period, whereas the latter is an obligation. Either of these agreements will be supplemented by a lease agreement, much like a typical rental contract that usually lasts between three years and five years.

Under most RTO agreements, tenants pay a non-refundable but negotiable deposit (typically between 2% and 5%) that can contribute in part or whole to the eventual purchase of the home or be forfeited if the option to walk away is exercised. A fixed final asking price is usually included in the agreement although some landlords opt to negotiate the price upon expiry of the lease instead.

Besides working towards ownership, the lease period allows individuals to improve their credit rating over the years then apply for a traditional mortgage as well as save up a sizeable sum. Here is where the program gets interesting – when it comes to the monthly payments, tenants pay the rental fee and an additional sum that contributes to the home equity and eventual downpayment of the property.

Here is a case in point for a three-year lease period (36 months):

As the three-year lease ends, a prospective homebuyer would have invested C$26,500 by virtue of the upfront deposit and monthly downpayment sum towards the overall value of the property at the cost of giving up C$36,000 in rent.

Unlike an apartment rental, some RTO agreements nevertheless require tenants to handle upkeep and maintenance. Rental fees, combined with other homeowner related costs, may potentially cause the tenant to end up paying more than how much the home is actually worth.

South Africa’s RTO model is similar to the Canadian approach, although it remains a less conventional way of property ownership. Cost of monthly payments that include sums towards the home downpayments do end up lower than the average mortgage bond.

The arrangement helps potential buyers who are unable to secure a mortgage bond, to work on building up credit health while contributing to lower the purchase price of the home. The difference here is it may seem that repairs and upkeep may still fall under the ambit of the landlord in South Africa. In this instance, landlords and sellers still gain with reduced maintenance costs as tenants with a view on future ownership are more inclined to keep the property in good condition. 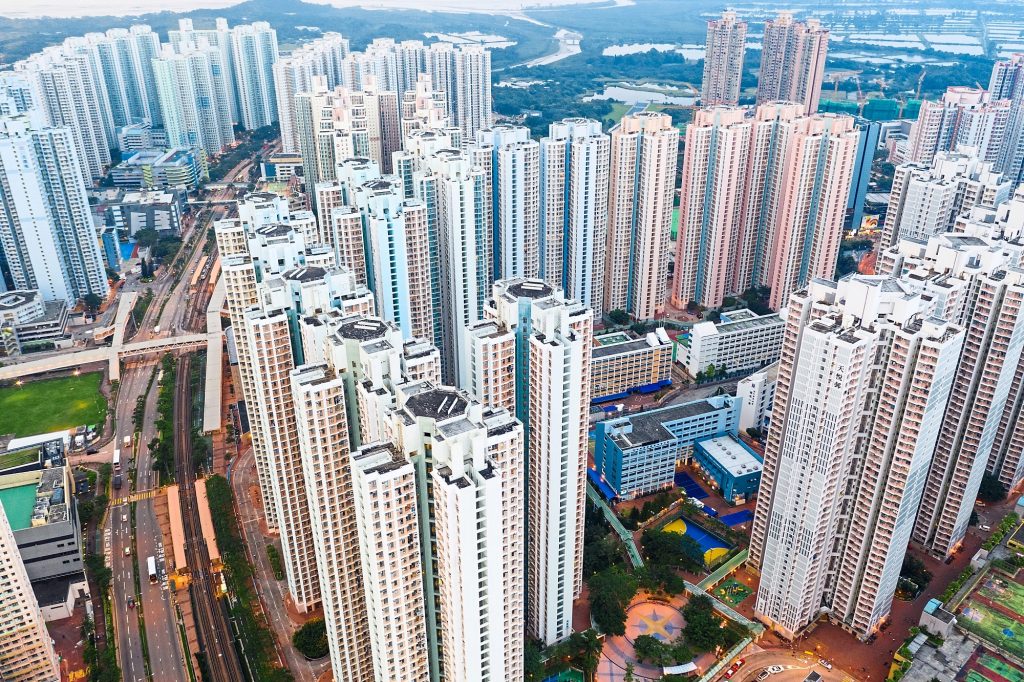 According to statistics portal Statista, Hong Kong remains the most expensive residential property market worldwide with an average property price of US$1.25 mil. The government provides public housing for lower-income residents, so evidently, nearly 45% of the population lives in public housing. It is no surprise then that housing policy measures have also included RTO schemes.

In 1998, the Housing Authority (HA) launched a Tenant Purchase Scheme (TPS) although some news sources do cite variations of RTO schemes in Hong Kong as far back as the 1970s. TPS was introduced as part of a government pledge to aid at least 250,000 families living in public housing to purchase their flats, with the objective of achieving a 70% homeownership rate in Hong Kong by 2007.

The scheme allows tenants to purchase the flats at a discounted price, with special credits given for purchase within the first two years of tenancy. Protection benefits include in-flat maintenance requests being carried out prior to sale and the HA providing a seven-year structural safety guarantee as well as contributions to a maintenance fund.

The scheme also included a safety net where a flat owner who faces sudden changes in family or financial circumstances within five years of the date of reassignment may apply to revert to tenant status upon the sale of the flat to HA. For scenarios taking place five years after the date of reassignment, the owner of the flat which has been taken over by the mortgage bank may apply for compassionate rehousing – whereby the flat owner will resume tenant status at another public rental housing flat.

Note that these safety nets are only granted upon approvals from the Welfare Department and Housing Director. However, the TPS scheme was discontinued in 2005 after major reviews to housing policy took effect, but the option to purchase still applies for tenants under the TPS agreement.

While not entirely an RTO scheme per se, the unique Swedish approach to rental and ownership is worthy of mention. For ages Sweden had its homegrown tenancy arrangement dubbed the tenant-ownership model (Bostadsrätt). Arising from an era of rapid industrialisation when local councils were overwhelmed by the migration of people into urban areas that lacked proper town planning, tenants traditionally funded their own housing cooperatives (Bostadsföreningar) that built houses for their members.

To solve the housing issues, the voluntary associations were prescribed legal identities backed by the state. Members leased the property from the association but enjoyed rights near equal to ownership such as the freedom to upkeep and modify interiors, hence the term tenant-owners. The association functioned like management committees, and members collectively attended to issues of maintenance for the external facade and common areas.

Financial charges levied on tenant-owners are moderate with an initial capital contribution and an annual service fee for maintenance or administrative costs. The association may contract the loans for the property, which results in the purchase price excluding the mortgaged part of the property’s value.

As with the complications that arise from strata living, this form of ownership also presents its own distinct challenges. Yet the model is attributed to smoothing social and economic inequalities by providing relative security of title, owner-like powers and low running costs that bring it well within reach of the general population.

All roads lead to Rome

Much like the proverb, it can be observed, however, that the RTO approaches vary in other nations despite the common intention of easing homeownership. Be it an innovative mortgage solution, an agreement with landlords that excludes financiers or a part of comprehensive public housing policies – the crux of the matter is that RTO schemes undeniably bring a third alternative to the table and make homeownership a more viable reality for struggling homebuyers.

Ultimately, neither of the approaches discussed here is without its respective risks and rewards. Due diligence is needed before committing to any rental agreement or homeownership scheme.