Is the RTO a white knight? 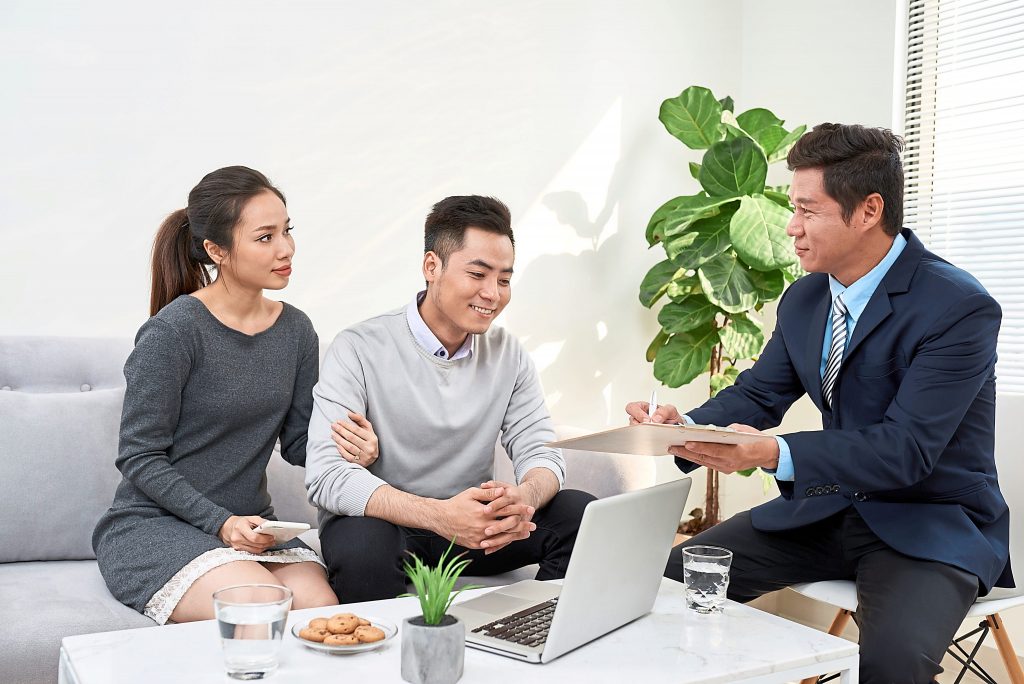 The rent-to-own (RTO) scheme has been garnering a strong response since its first introduction to the market by Malayan Banking Bhd (Maybank) in 2017. But it was with Budget 2019 that RTO came to be touted as one of the main instruments to re-energise the property sector, which since 2012 has experienced a slowdown.

One of the plans shared by the government during the Budget announcement was to allow other banks and financial institutions to offer the RTO scheme. To ensure that first-time homebuyers are able to gain a 100% loan, the government is working with financial institutions for this scheme to assist those who are unable to pay the 10% deposit and to secure the access of home purchase financing.

Under the RTO, these young buyers can rent for the first five years, with the option to buy at the price stated in the RTO agreement. Coupled with incentives given by the re-introduced Home Ownership Campaign (HOC) 2020, the RTO might prove to be a tempting offer for many first-time homebuyers. Naturally, there are pros and cons (see table). 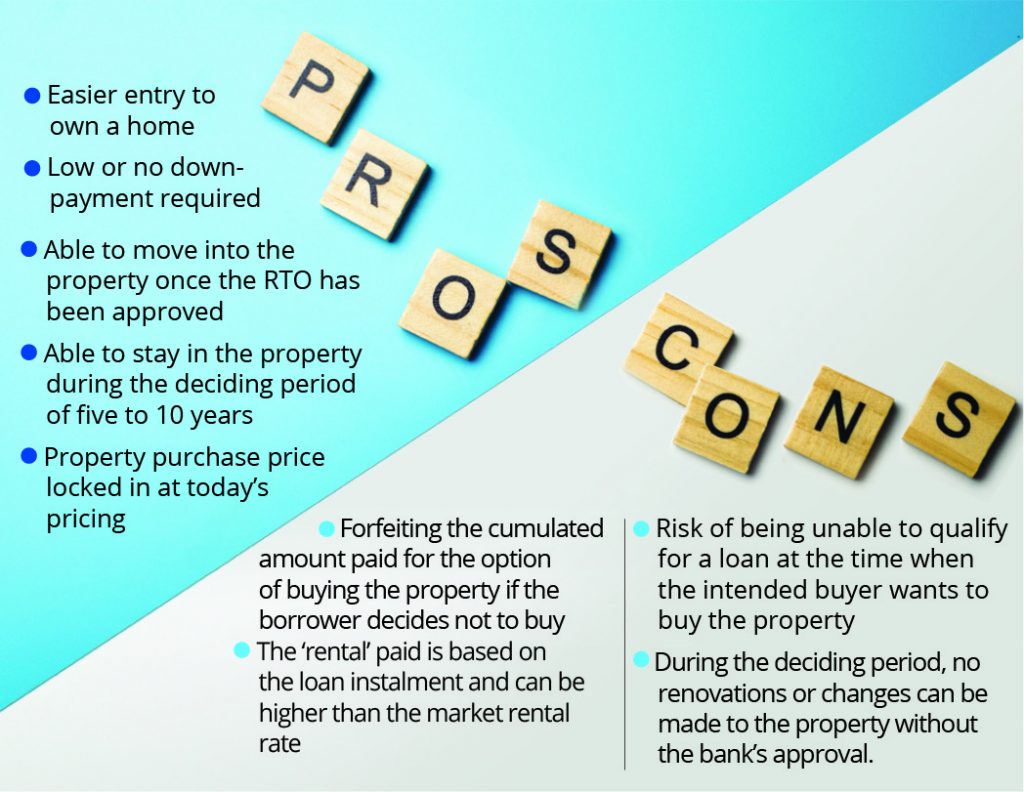 The RTO operates on a lease-purchase concept between a buyer and a bank. The buyer will rent the property for a duration of five to 10 years with an option to purchase at the end of the contract period.

Because of this, the RTO has had its fair share of controversies as unprepared buyers end up being taken advantage of due to the lack of information. Like all contracts, homebuyers need to be careful of the conditions stated in their agreement.

For example, late payments might cost them to lose their rights to own property. And unlike rented homes, the property upkeep costs like maintenance might have to be covered by the potential buyer. In reality for RTO deals, a certain percentage of the monthly rent paid is supposed to be credited to the property purchase to build up the supposed 10% deposit via the savings accrued over the five or 10-year rental period.

But that is not the case with the RTO scheme offered by the banks. According to a Maybank loan officer, the rental amount is the same as the monthly instalment payment. For example, a RM500,000 home calculated at 4.5% over a 30-year duration equals a RM2,533 monthly instalment. At the end of the five years, if the potential homebuyer decides to exercise the right to buy the property, the monthly instalment remains the same throughout the remaining 25 years.

More than one scheme

To date, there have been three variants of the RTO schemes in Malaysia. One variant is offered by the banks and another is the FundMyHome scheme. Perbadanan PR1MA Malaysia (PR1MA) used to offer two versions of RTO in the past but these two schemes have ceased.  For financial institutions, most will be packaged similarly to Maybank’s HouzKEY scheme. Maybank Real Estate Ventures managing director Sally Lye explained that through HouzKEY, buyers are able to lock in today’s property prices for the next five years.

“We believe that there is a growing desire for homeownership amongst Malaysians, however, housing unaffordability remains a major hurdle for people intending to own a house. Driven by Maybank’s humanising mission, we came up with an inventive home financing solution called HouzKEY.”

“HouzKEY is a unique offering that provides customers the ability to own property without burdening them with the high upfront cost. We hope that our product will assist customers to overcome this obstacle and provide them with the opportunity to become a homeowner,” she said.

Other financial institutions are joining the fray as they too realise that this market segment has much potential to be tapped. PR1Ma’s RTO scheme was the closest to those practised by other developed nations. Under the now-defunct RTO schemes, those eligible could rent the PR1MA home up to 10 years before deciding on buying it at the end of the fifth and tenth year at a pre-determined price. There were two schemes offered at the time – Basic RTO and Zero RTO. As great as the deals sounded, it is unfortunate the PR1MA RTO schemes have ceased.

FundMyHome works differently as well. With this scheme, potential homebuyers pick a house from the participating developer and pay 20% of its value upfront. Since the scheme is tied in with financial institutions, the remaining 80% is funded by them. After five years, the potential homebuyer has to decide to keep the property or sell it.

Currently, though, only a handful of developers are offering homebuyers such a scheme. Most are trying to assist homebuyers by providing loan bridging for the end financing of the property purchase. For some, this is a way to come up with the 10% deposit to bridge the 90% financing given by financial institutions, but the National House Buyers Association (HBA) is of a different opinion.

HBA is firmly against developers being allowed to provide loan bridging financing or differential sum financing to house buyers. HBA secretary-general Chang Kim Loong has often describe such financing as “a wolf in sheep’s clothing.” The reasoning is that this type of financing scheme will encourage some developers to further sell properties at higher prices to first-time buyers and property speculators as these developers will have additional avenues to ‘assist’ buyers who cannot get the full 90% financing.

Most of the terms of such differential sum financing require the borrower to service interest for the first three years of the loan, followed by a bullet repayment of the entire sum at the end of the third year. HBA is concerned that by only having to service the interest and not the principal amount, such scheme only encourages speculation and not genuine homeownership.

In addition, such schemes adds more systematic risk to the banking sector as these forms of financing does not appear in the Central Credit Reference Information System (CCRIS) maintained by Bank Negara. That’s why HBA believed that a wider and a more holistic RTO is required to include even the middle-income segment in Malaysia.

While the RTO is not without flaws, if correctly implemented with sufficient units being offered at the right place and at the right price, and with the right selection process, it has the potential to help many first-time homebuyers. Only then, will the RTO be heralded as a white knight.