Iconic structures that have a deeper meaning 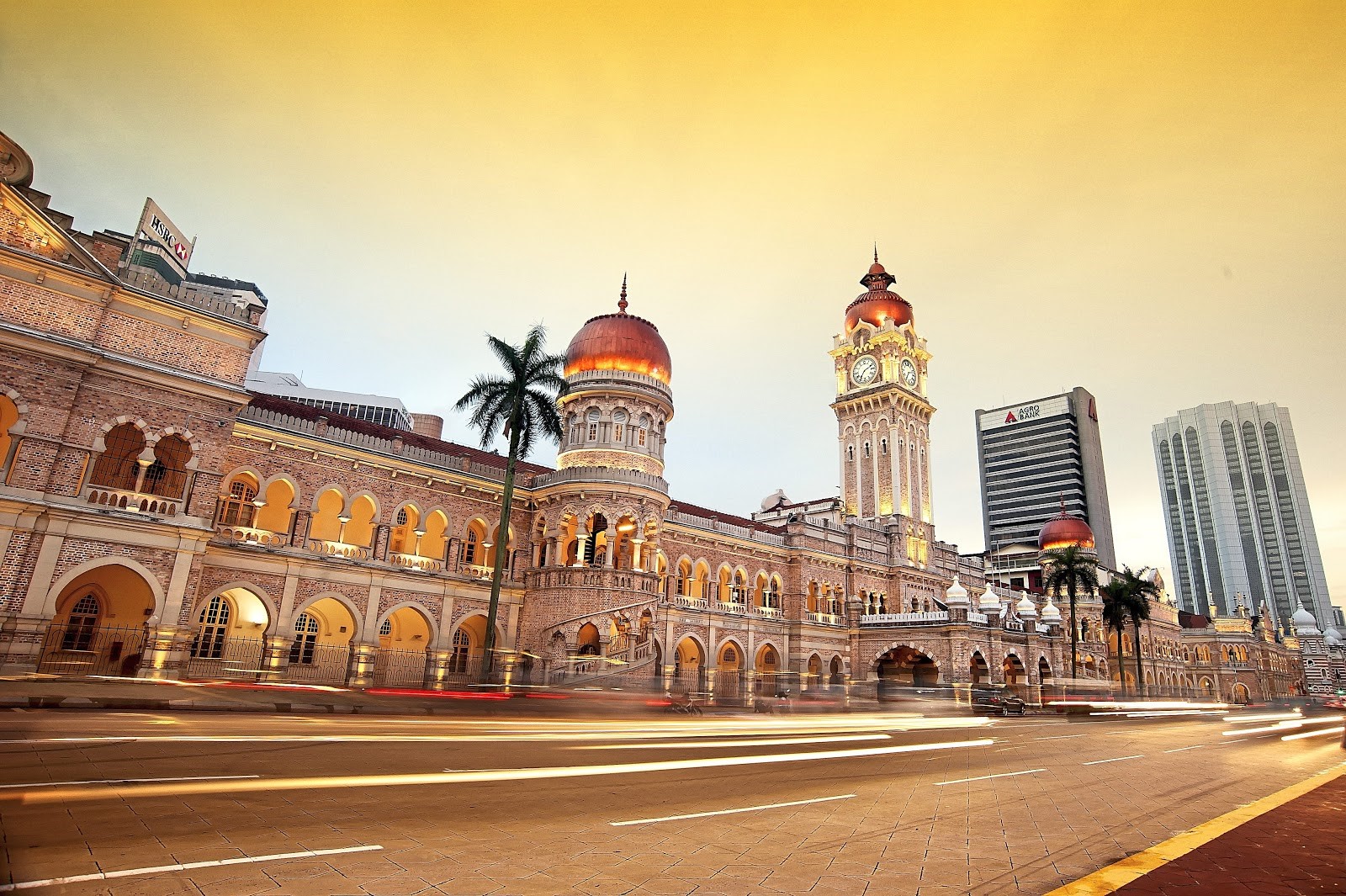 MALAYSIA has no shortage of iconic buildings that hold regional and world titles. These include Petronas Twin Towers, which still holds the world’s tallest twin towers title, Malaysia’s tallest building Exchange 106 and the soon-to-be-completed PNB 118.

The latter will supersede Exchange 106 as the nation’s tallest as well as being the tallest in South East Asia and one of the world’s top 10 structures.

However, StarProperty takes a look at the existing buildings which have instilled a Malaysian flavour into their designs. These include Bangunan Sultan Abdul Samad, Dayabumi, Dewan Undangan Negeri Sarawak, Menara TM and Istana Budaya. These buildings not only have a deeper meaning to their existence but also hold interesting facts.

The building is among Kuala Lumpur’s earliest Moorish-style buildings. Located opposite Dataran Merdeka and the Royal Selangor Club, this 1897 heritage landmark along Jalan Raja was named after the reigning sultan of Selangor at the time.

Designed by AC Norman, the architect is also responsible for Masjid Jamek, which explains the two building’s similarities. Bangunan Sultan Abdul Samad is now home to the Malaysian Communications and Multimedia Commission as well as the National Heritage Department. It remains one of the city’s most famous tourist attractions and a historical landmark in the city. 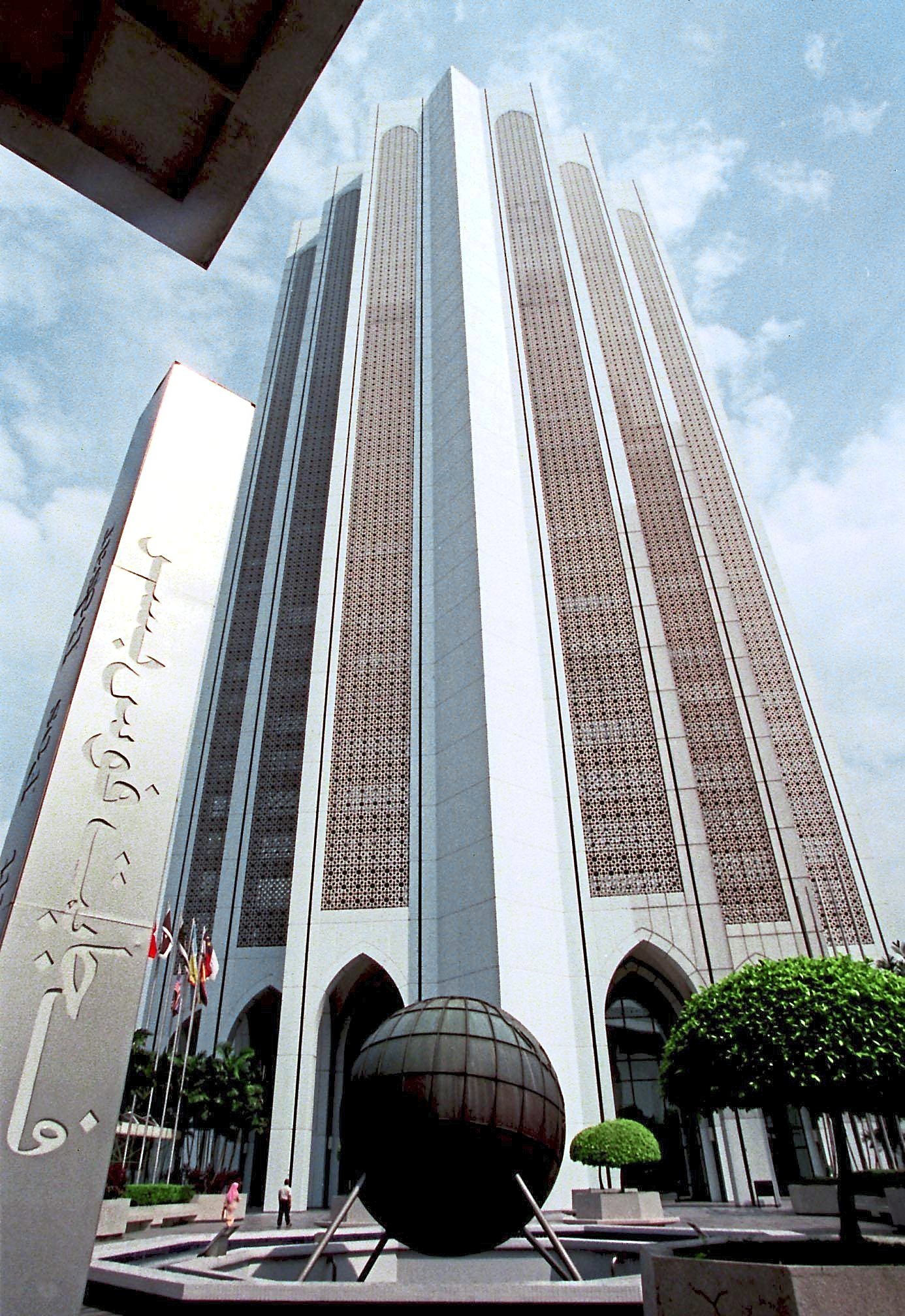 This 35-storey building along Jalan Sultan Hishamuddin was built to resemble a mosque with patterns of eight-pointed stars, high vaulted Islamic arches at the top and bottom of the tower and shiny white Fretwork, displace intricately carved decorative designs.

Designed by Malay architect Nik Mohammed, it was the first modern building in KL to incorporate principles of Islamic design into its architecture. This major landmark was built in the 1980s and was one of the city’s earliest skyscrapers.

It used to house the headquarters of national oil company Petronas until they moved to the iconic Petronas Twin Towers in the centre of Kuala Lumpur. It now houses several commercial offices.

Initially owned by Urban Development Authority of Malaysia (UDA), the building was taken over by the KLCC Properties Holdings Bhd (KLCCP), a member of Petronas Group, in 2005. 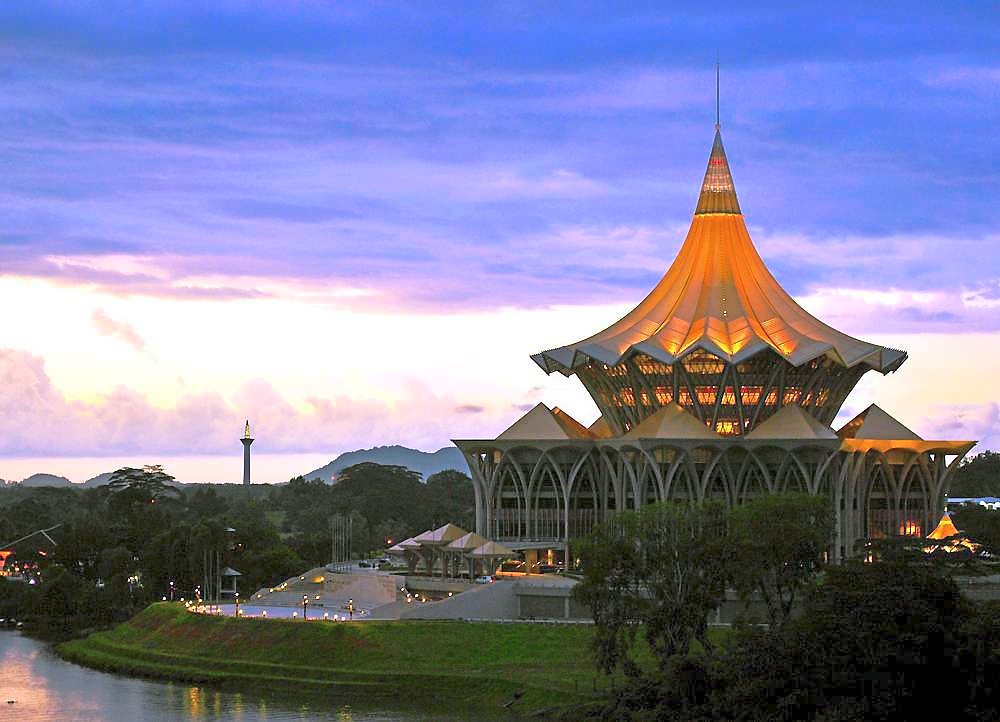 The current Sarawak State Legislative Assembly Building is located at the north bank of the Sarawak River in between The Astana, the official residence of the Governor of Sarawak and Fort Margherita, a heritage building erected during the time of Raja Brooke.

The building was officially opened by the Yang di-Pertuan Agong Tuanku Mizan Zainal Abidin on July 27, 2009. The nine-storey building is expected to last a century and is designed like a nine-pointed star. The building is capped with a roof design similar to a Malaysian royal umbrella known as a payung negara.

Describe as one of the most beautiful and iconic buildings in South East Asia, its architecture combines unique elements of Sarawak’s heritage with state-of-the-art intelligent building automation systems, multimedia communication facilities, and environmentally friendly features.

The centre structure took inspiration from a traditional Bidayuh baruk roundhouse. The Bidayuh community is one of the 26 different ethnic groups residing in Sarawak. 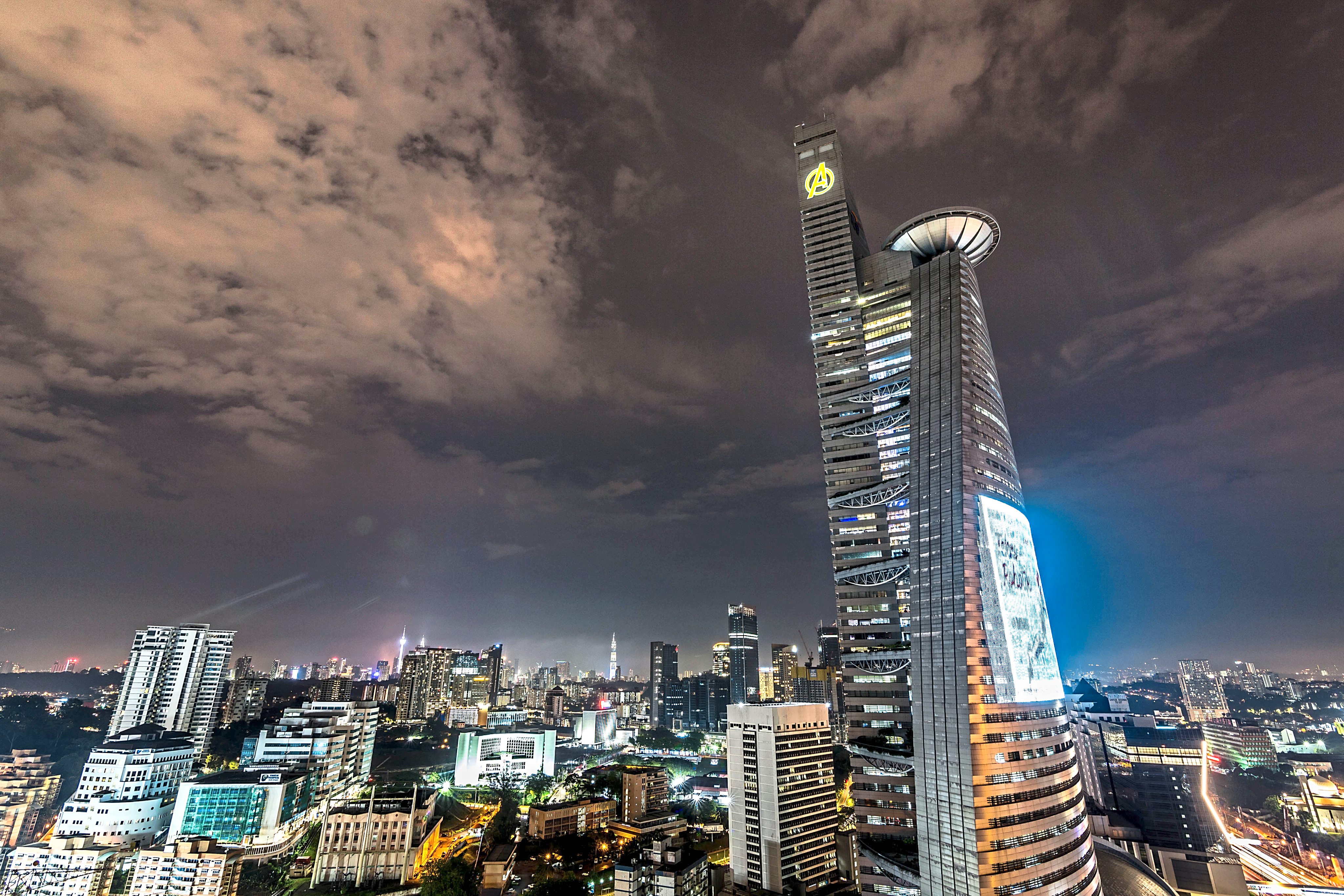 This building has a distinctive design, created to resemble a bamboo shoot, which is one of the local food that Malaysians love to eat. Located along the Federal Highway, it is the headquarters for the TM Group, Malaysia’s leading telecommunications company.

The construction took three years. Completed in 2001, it is not the tallest building in Kuala Lumpur but is one of the most unique around the vicinity.

Designed by Hijjas Kasturi Associates, Korean construction company Daewoo Construction was in charge of enacting the building which was then officiated by Tun Dr Mahathir Mohamad, the prime minister at that time.

From a distance, Menara Telekom also looks like a sail. When it illuminates at night, the building is very captivating, especially with its large LED screen which is used to play videos and advertising messages which can be seen by vehicles and motorists along Federal Highway. 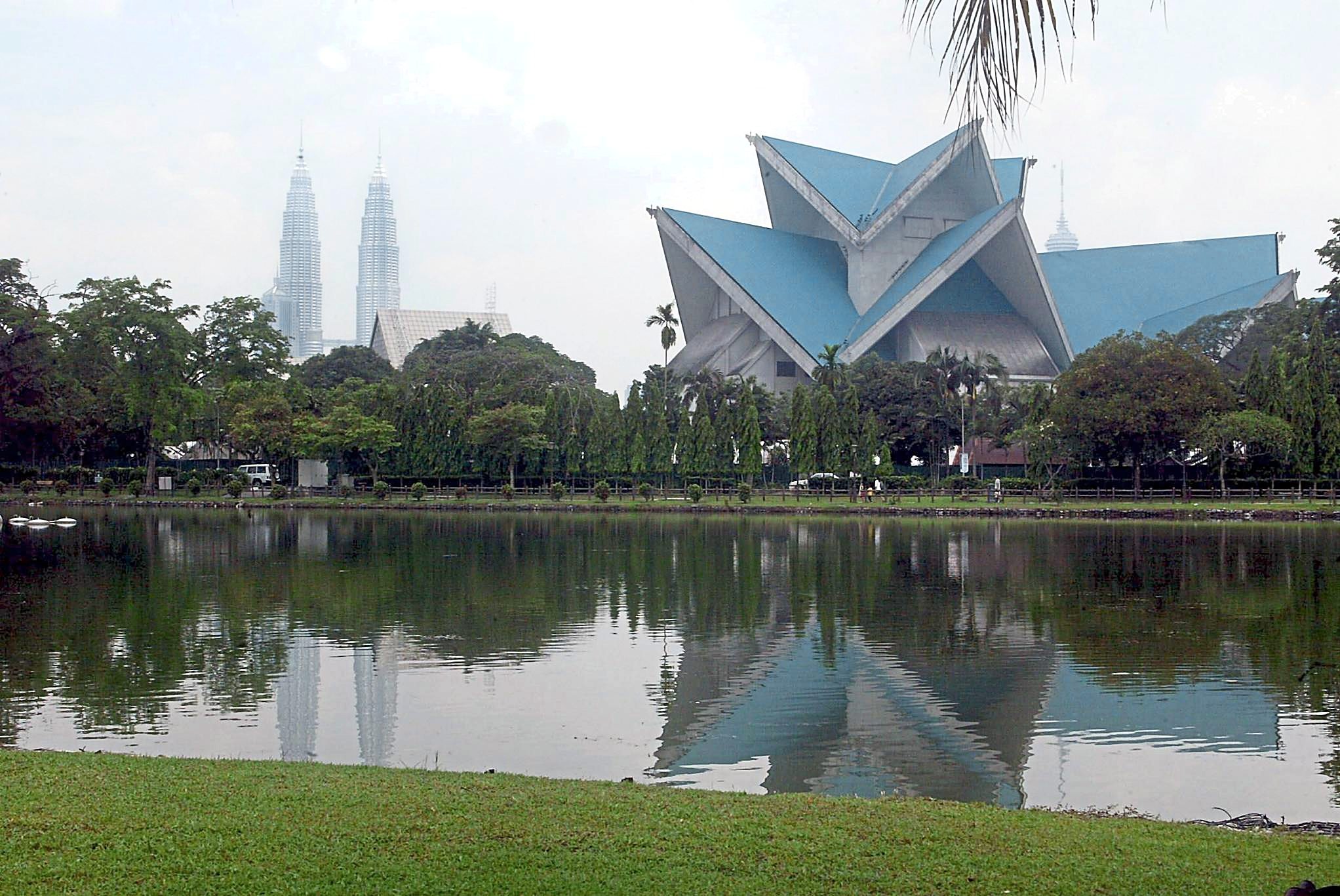 Designed by the local architect firm ADC Architect Sdn Bhd, the inspiration for Istana Budaya is based on a traditional moon kite in flight. The turquoise folds on the roof is reminiscent of the Sydney Opera House in Australia. And the intricate design of the foyer is the most prominent features of the building.

The main building takes the shape of a traditional arrangement or a present made of betel leaves used during Malay wedding and welcoming ceremonies. As in a traditional Malay house, the building is divided into three areas namely the serambi (lobby and foyer), the rumah ibu (main house) and the rumah dapur (kitchen). The interior was constructed with heavy influences from the Malay community and its culture.

One thing is certain, there is no lacking in the number of candidates for Malaysian themed buildings.