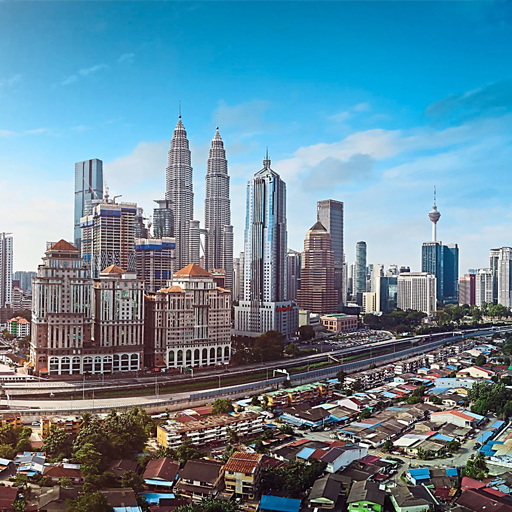 From a glance, Kampung Baru appears as a slice of the old world, complete with wooden traditional houses and village-like settings. Despite the infrastructures reflective of a bygone era, visitors need only look up to find the Kuala Lumpur skyscrapers dominating the landscape just on the other side of Klang River.

Despite being a stone’s throw from Kuala Lumpur’s central business district, this particularly delectable spot has managed to resist the onslaught of many attempts for redevelopment for decades. Its centralised position in Kuala Lumpur and proximity to the Tun Razak Exchange makes this property a hotspot and there is no shortage of eager developers wanting a slice of the cake.

But Kampung Baru is undoubtedly one of the most challenging urban regeneration projects when it finally takes off, that is, if it takes off. Local council sources agreed that the redevelopment of Kampung Baru is potentially going to be the most problematic. They are not wrong. To date, three Malaysian prime ministers had toyed with the idea of redeveloping Kampung Baru and still it remains relatively untouched. To be fair, there have been several property developments here including SP Setia Bhd’s Setia Sky Residences, M101 Holdings Sdn Bhd’s M101Skywheel and UDA Holdings Bhd’s Legasi Residen.

A swarth of problems

Zulkurnain said 60% of the 5,359 registered landowners in Kampung Baru had agreed to the government offer in the land sale.

The effort to breathe new life into Kampung Baru has not been easy either, with the numerous legal challenges, distrust, infighting and unreachable owners being the many reasons. According to the then federal territories minister Khalid Abdul Samad, a major hurdle involves the lot ownership, which is mostly held by an average of five to six people, with some as many as 20 to 30 people. Here lies the stumbling block of finding and identifying the collective owners.

The ownership of this prime location was estimated at 1,355 parcels involving over 5,300 individuals in 2016. In 2017, the population of this bustling community stood at 18,372 residents which is projected to swell to 77,000 by 2035. Tracking down these individuals is a mammoth task currently being undertaken by the Kampung Baru Corporation Bhd (KBCB). The task of getting their collective agreement is tough at best, and the solution may come in the form of piecemeal development.

The idea is to identify the area of priority and develop according to phases. In the event the owners are not found, the money can be kept in a trust fund until the rightful owners come forward to claim it, said Khalid. Then there is also the issue of pricing, where the majority of residents found the government’s offer of around RM850 per sq ft (psf) to be uncompetitive.

And some residents even shared their concern about getting a new home in the city centre if they were to sell off their property. Others wanted to preserve the Malay heritage from being claimed by the metropolis. Also, some residents pointed out that the average land price surrounding Kampung Baru is much higher compared to the price being offered.

This sensitive issue involves the Valuation and Property Services Department (JPPH), which is responsible for placing a value on Kampung Baru. Since it is a government agency, there is a general distrust where residents have claimed that the valuation may be lower than the right price. 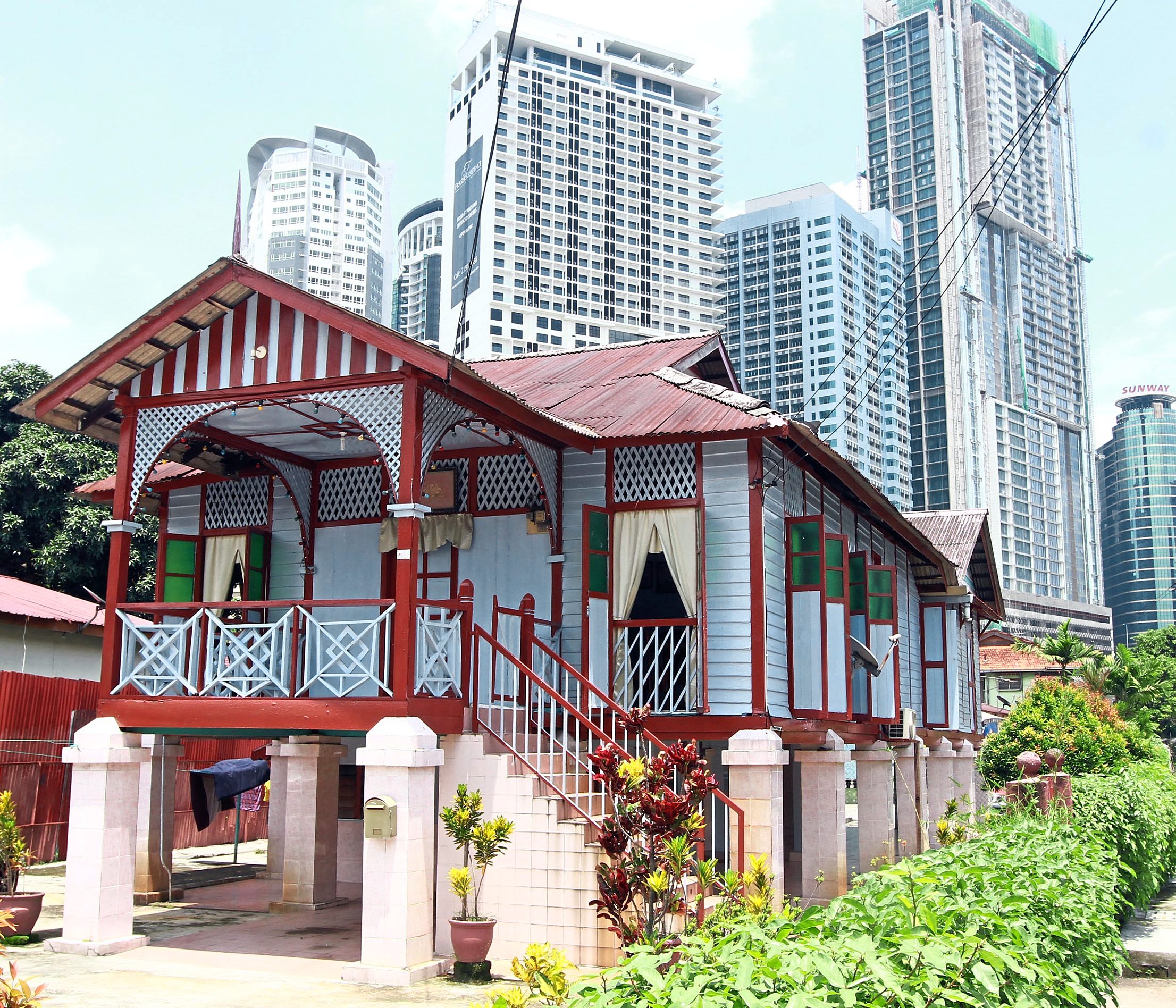 Traditional houses depicting the Malay architecture identity stand out against the backdrop of the KL city centre, giving a sharp contrast between the old and the new.

Last year saw the government offering several options to landowners, including a new price of RM1,000 psf, in its effort to proceed with the redevelopment plan for the area. Khalid was reported as saying that RM850 would be paid to the landowners in their chosen method while the remaining RM150 would be in the form of a stake in the special purpose vehicle (SPV).

He said the landowners could choose to be paid in four methods, either in cash, completed unit, a combination of cash and completed unit, or shares in the SPV. KBDC chief executive officer Datuk Zulkurnain Hassan revealed that there was an influx of interested sellers with the new pricing.

He said 60% of the 5,359 registered landowners in Kampung Baru had agreed to the government offer in the land sale, and it needed to reach a referendum of 80% before a decision can be made on whether to proceed or scrap the proposal to the massive redevelopment project.  “We are engaging landowners. This is because a caveat under which the land was given to them by the sultan of Selangor 120 years ago dictated that any transference or sale of the lots must have the approval of all landowners,” he was reported to have said. 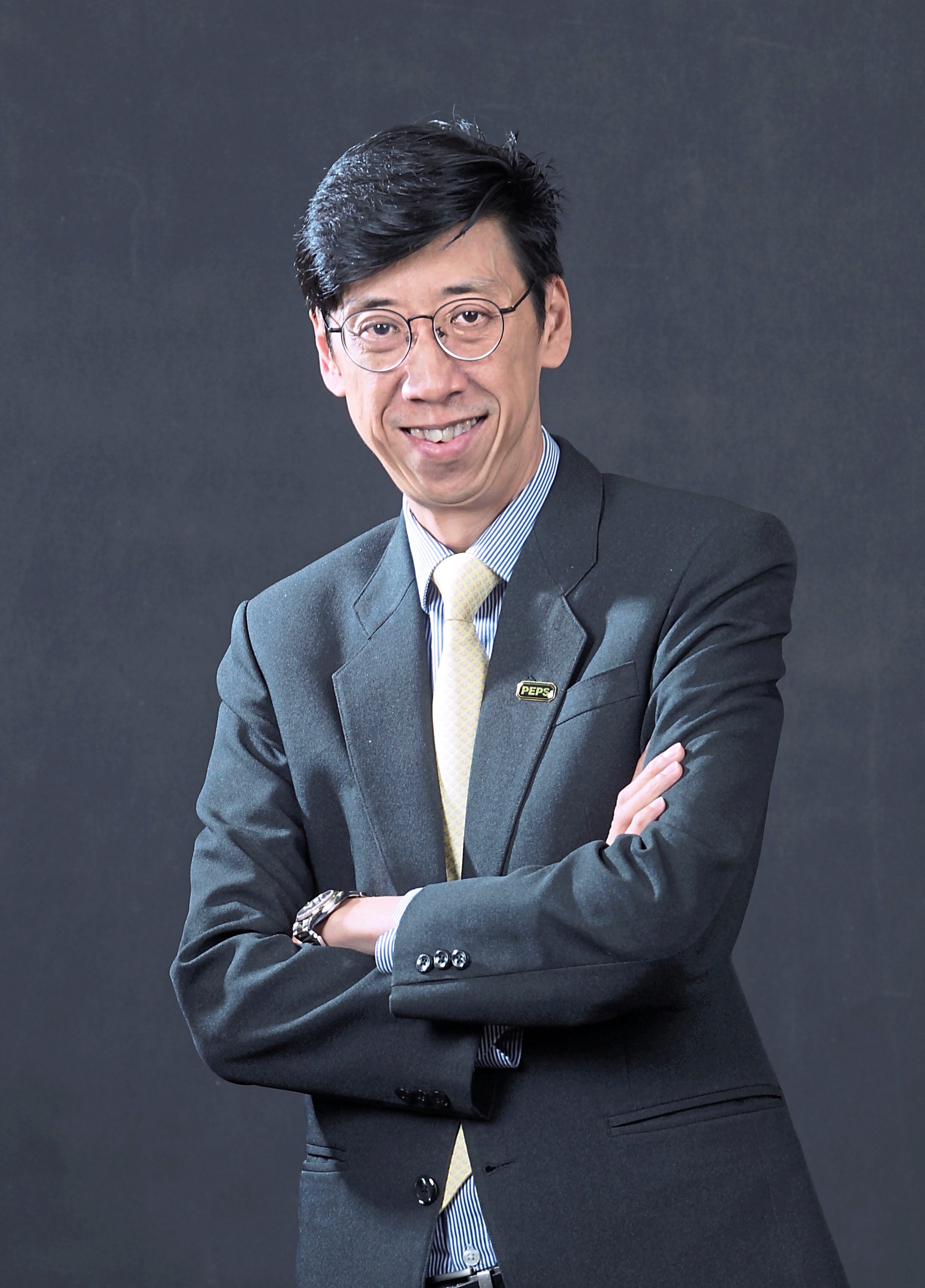 The comparative values in Kampung Baru are lower than the surrounding land values outside of its delineation, said Kong.

For once, things seem to go Kampung Baru’s way, but as fickled fate would have it, there was a sudden change in government and leadership. While Zulkurnain had expressed that the show would go on and that the current government would honour the deal, there is still a big number of owners hanging back.

One owner said the amount should be higher given the proximity to the city centre so he is unwilling to budge over the current offer. Over the last few years, land transactions in the Bukit Bintang and KLCC areas have been concluded at between RM3,100 and RM3,600 psf. The last nearest transaction was when Oxley Holdings Ltd bought a parcel in Jalan Ampang for RM3,300 psf. Association of Valuers, Property Managers, Estate Agents and Property Consultants in the Private Sector, Malaysia (PEPS) president Michael Kong pointed out that the land value in Kampung Baru is worth more than the existing structures due to its redevelopment potential.

“However, the comparative values in Kampung Baru are lower than the surrounding land values outside of its delineation,” he said. Kong explained that owners cannot expect to be offered comparable land price due to the complex nature of the Kampung Baru’s land title and ownership complexities. 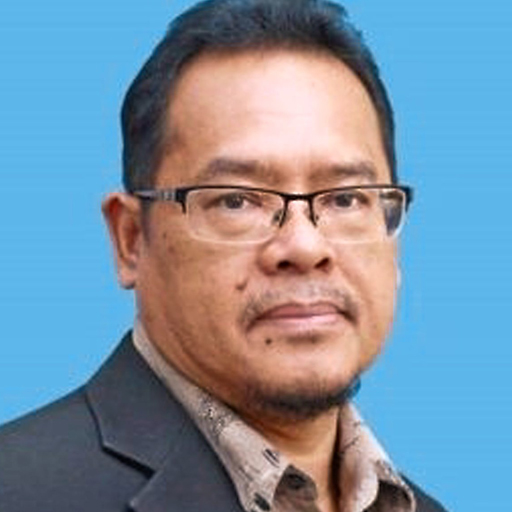 Even if Kampung Baru remains idle, its value will still appreciate in time, said Ismail

“The land value in Kampung Baru is depressed due to its current status as Malay Reserved Land, its site constraints and ownership complications,” he said. Many forget that Kampung Baru is a Malay Agriculture Settlement, added Universiti Tun Hussein Onn Malaysia professor Ismail Omar.

With regards to the redevelopment effort, Ismail said patience is required. While the general opinion is that a Malay titled property does not have the same value as a non-Bumiputera one, there is still growth potential. Ismail pointed out that Malay title properties can match and even surpass the value of non-Bumiputera ones if the development is done right.

“The market value is equally important when dealing with compensation and development of the land. Market value of the land is essential to determine the land value itself and also important to decide the product cost as well,” he said. Many are quick to point their fingers at property developers for supposedly trying to suppress the value of Malay title land but they too are faced with constraints, having to mitigate risks of developing such properties. It takes time for the people to understand that the land developers are not here to jeopardise the value of the land, but to enhance it, Ismail said. 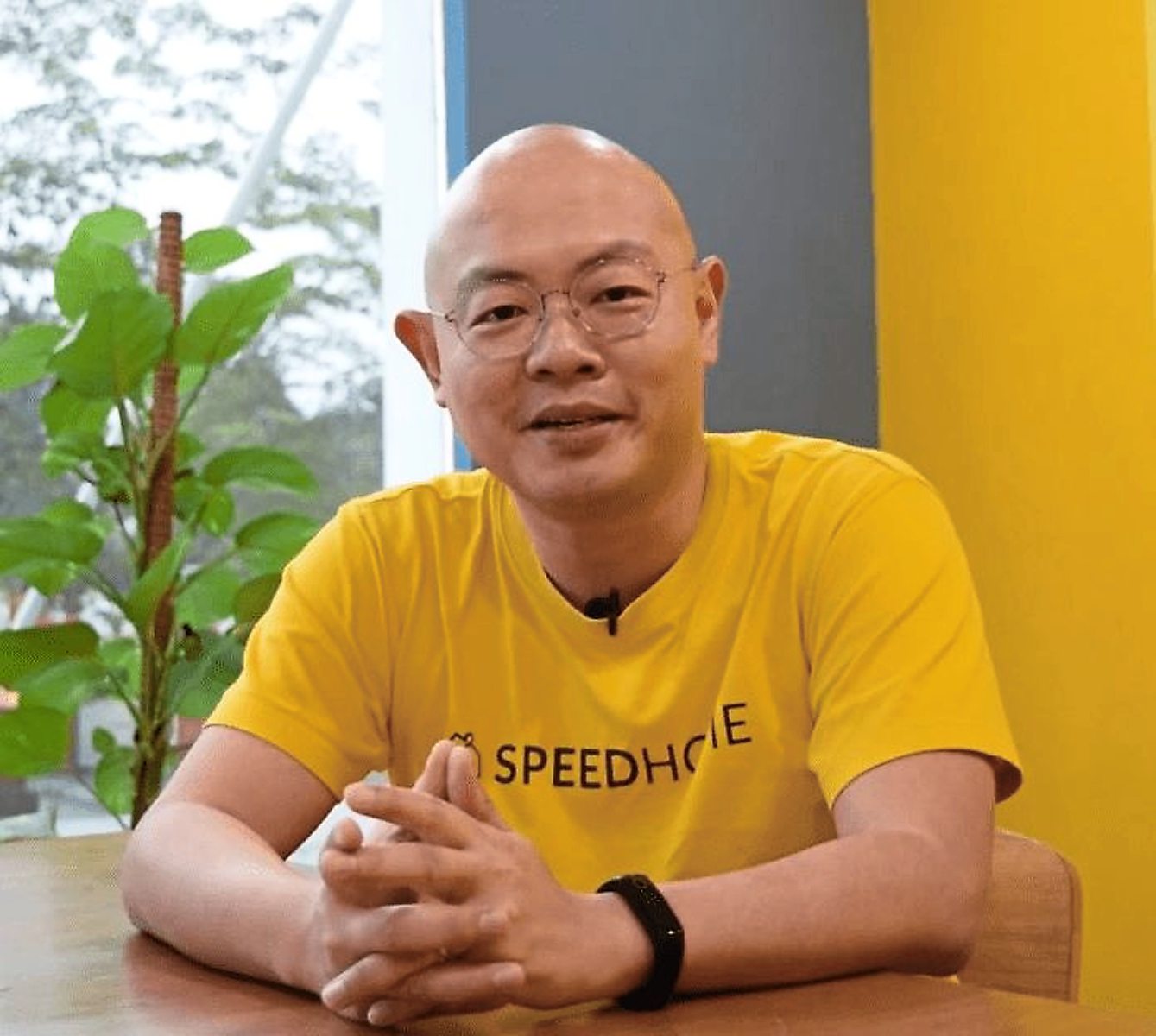 There is a lot of rental competition in
surrounding areas, said Wong.

“There isn’t much development around Kampung Baru (at the moment),” said Speedhome CEO Wong Whei Meng. But there is a lot of competition with surrounding areas such as Dang Wangi and KLCC if investors are lookingat Kampung Baru as a potential rental earner. Investors seeking to take advantage of Kampung Baru’s eventual redevelopment should be wary. The mid to low-end property rental is around RM2.50 psf to RM2.80 psf under normal circumstances.

“Over the past three years, the Klang Valley property rental has been pretty stagnant. The low to mid-end rental per square foot is hovering around RM2.2 to RM2.5 and the high property that will fetch up to RM5 per square feet,” he said.

“But Kampung Baru is a long term project. It will transform the look of the Kuala Lumpur city centre and hence add value to the surrounding areas. The land has great potential to redevelop as a commercial area with great emphasis in greeneries, establishing itself as the green lung for KL city, while retaining its Malay heritage image,” he said.

Even if the land in Kampung Baru is to remain idle, the value will appreciate in time, Ismail said. Regardless of the land ownership, he invites developers to indulge in corporate social responsibility by enriching Kampung Baru. Overall, only time will tell if Kampung Baru will finally get the new face it should have gotten decades ago.