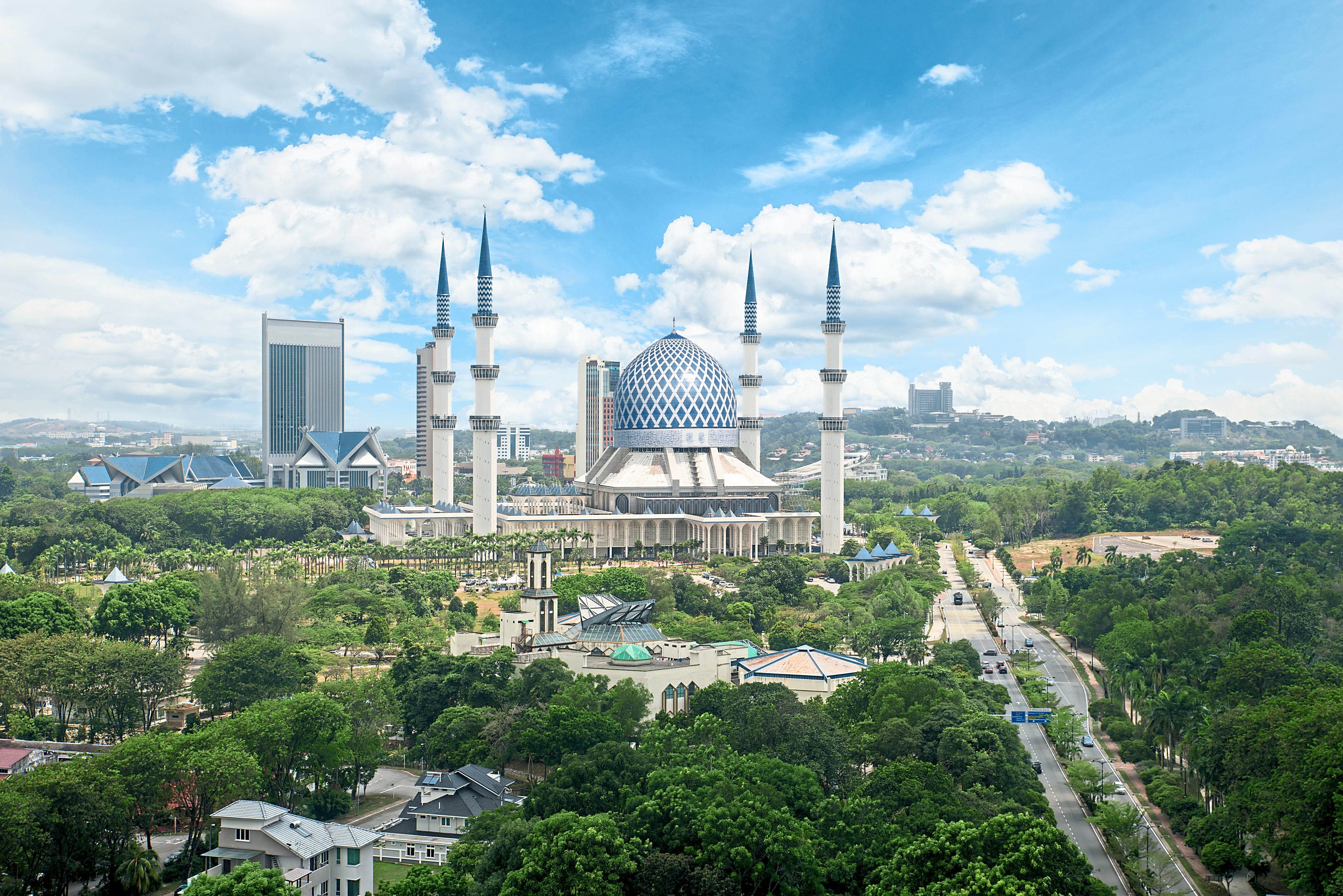 The Sultan Salahuddin Abdul Aziz Shah Mosque in Shah Alam is the biggest mosque in the country and second-largest in Southeast Asia.

From the biggest religious monuments and most popular tourist attractions to iconic landmarks and public infrastructure that serve as the backbone to the country’s economy – it seems that Selangor has it all. Be it the sacred shrines of Batu Caves and Thean Hou Temple or the entertainment avenues of Sepang International Circuit (SIC) and Bukit Jalil Stadium, the Golden State caters to every fragment of society with cultural, religious and social diversity.

As the wealthiest and most progressive state in the country, it’s hardly a surprise Selangor’s pull factors attract individuals and businesses looking for a slice of the Malaysian dream.

The state’s growth exceeded the national gross domestic product (GDP) of 4.3% last year. Selangor’s economy grew at the fastest pace of 6.7% among all the other states and was followed by Kuala Lumpur coming in second at 6%.

From January to June 2019 alone, about 132 manufacturing projects were approved by the Malaysian Investment Development Authority (MIDA) in Selangor with an investment value of RM5.96bil. RM2.15bil of which is from local investment while RM3.82bil is from foreign investments.

“This also shows a strong demand for residential properties in Selangor,” Ho added. Selangor’s lure of economic opportunities is also evident in the influx of population over the decades. Data by the Department of Statistics Malaysia (DOSM) show Selangor remains the most populated state at 6.5 million people as of the first quarter of 2020.

According to its Migration Survey Report (2018), Selangor is also the state receiving the most interstate migrants. As per Invest Selangor’s website, the state population has the largest workforce (3.6 million) with a 98.7% literacy rate that is skilled and multilingual. These are significant factors for businesses looking to set up shop and invest in the state. 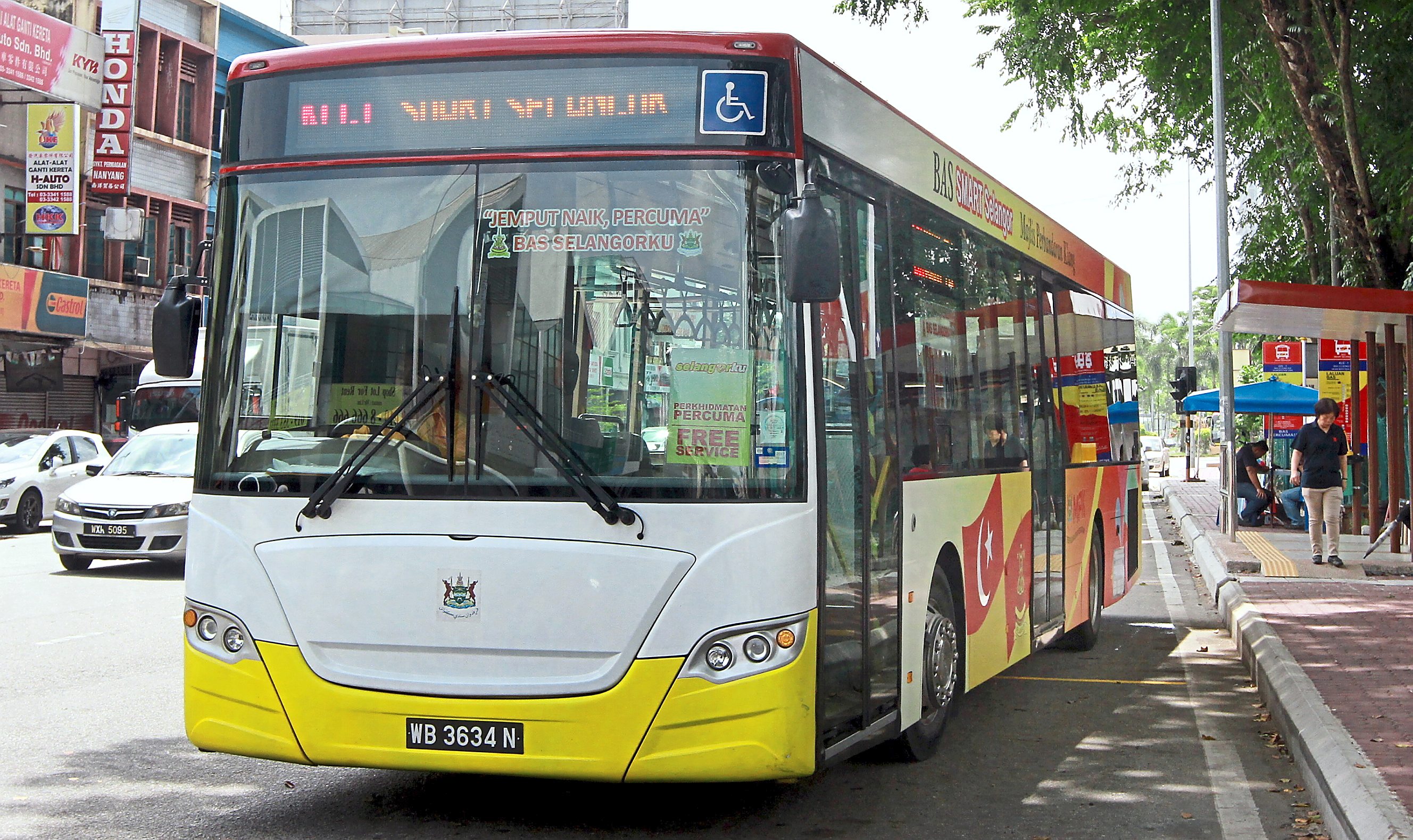 The state boasts excellent medical facilities, about 173 institutions of higher learning institutions, proper communication networks, comprehensive amenities and a myriad of integrated and inclusive townships that are being developed.

In fact, amongst the nation’s best public infrastructure can be found in Selangor. The state boasts three of the country’s major airports, namely the Kuala Lumpur International Airport (KLIA) and the Sultan Abdul Aziz Shah Airport. Coupled with the largest port in the country (Port Klang), Selangor serves as the primary port of entry for the nation’s economy.

The Klang Valley Integrated Transit System that runs through Selangor and Kuala Lumpur is an integrated network of bus and rail services. The country’s first elevated Bus Railway Transit (BRT) was constructed to serve the highdensity areas of Sunway and Subang Jaya. Existing Light Railway Transit (LRT) lines were extended and the newer Mass Railway Transit (MRT) rail lines were built to reach more cities, townships and neighbourhoods within Selangor.

Dedicated rail lines then connect to the airports while the pre-existing KTM commuters connect the Klang Valley with other states and regions in Peninsular Malaysia. A fleet of private bus operators also serves the last mile connectivity. Public transit is further boosted by the state governments free bus service called Bus Smart Selangor or Bas Selangorku and is managed by the major municipalities. Combined with a vast network of major interstate and intercity highways, the public transportation infrastructure alleviates the growing pains of urbanisation and an increasing population. 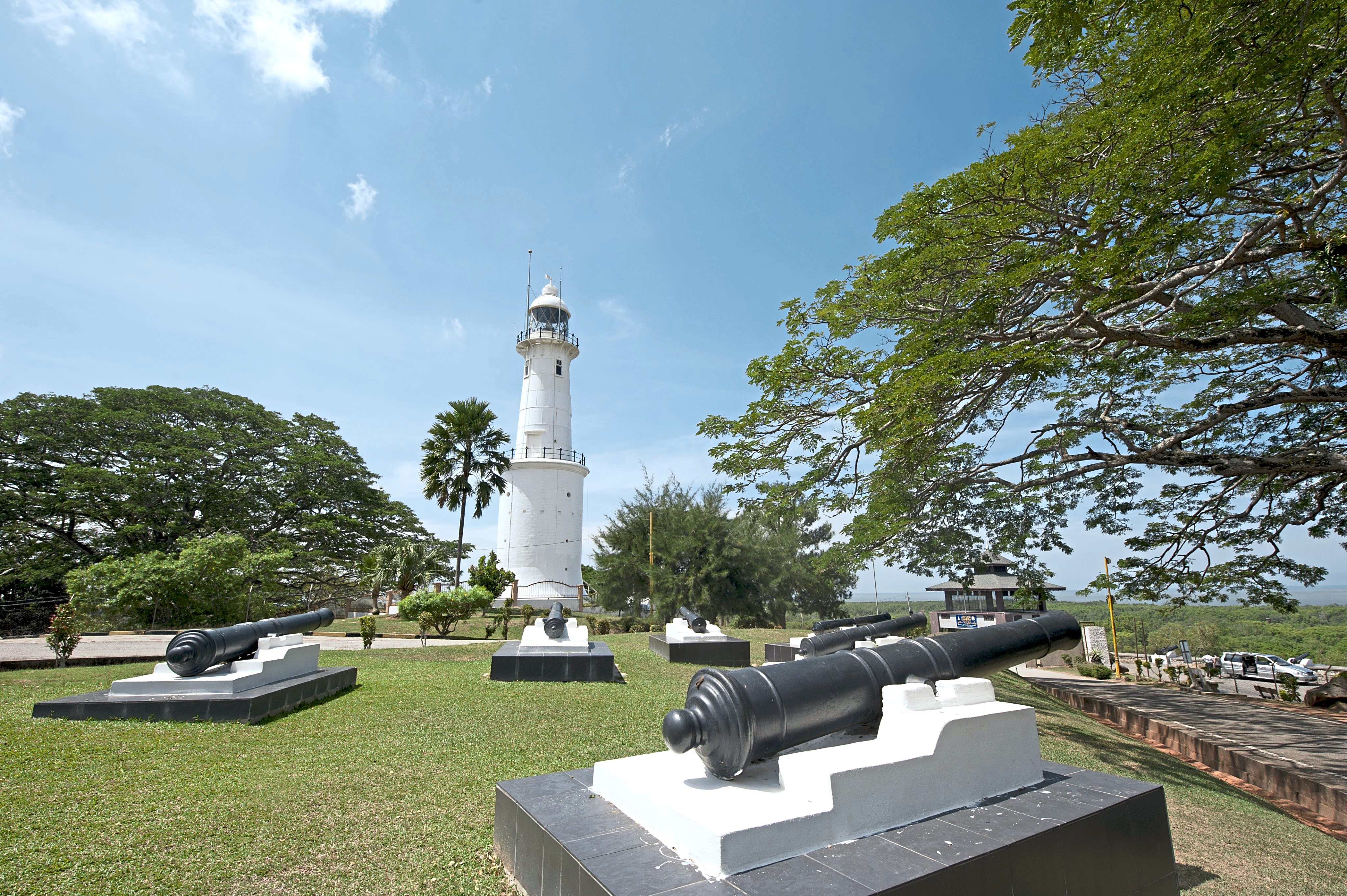 As Selangor’s capital city, Shah Alam has transformed extensively over the past two decades. The city is well-planned and less dense compared to its counterparts, namely Klang, Subang Jaya and Puchong. The relatively new townships of Setia Alam, Kota Kemuning and i-City lend vibrancy to the city.

Another highlight in Shah Alam is the Selangor Digital Creative Centre situated in i-City. Equipped with an 11,000 sq ft coworking space, the centre was initiated by the Selangor Information Technology and E-Commerce Council (Sitec) to further encourage migration into Shah Alam and spur entrepreneurship.

Aspiring to be the Silicon Valley of The East and part of the Multimedia Super Corridor (MSC), Cyberjaya continues to evolve into a global tech hub gradually. Now it is also set to be the site of Raudah City, dubbed as Malaysia’s first modern Islamic city. The city will serve as a centre of Islamic knowledge and lifelong learning, complemented by educational halls, libraries and computer centres.

These townships will offer residential homes, retail and entertainment experiences as well as increased job opportunities that come along with a thriving development. In terms of key industrial developments, Selangor Bio-bay is also of notable mention. The site encompasses 1,352 acres of land and is equipped with infrastructure to house biotechnology centres, residential areas, industrial and commercial zones as well as recreational parks. 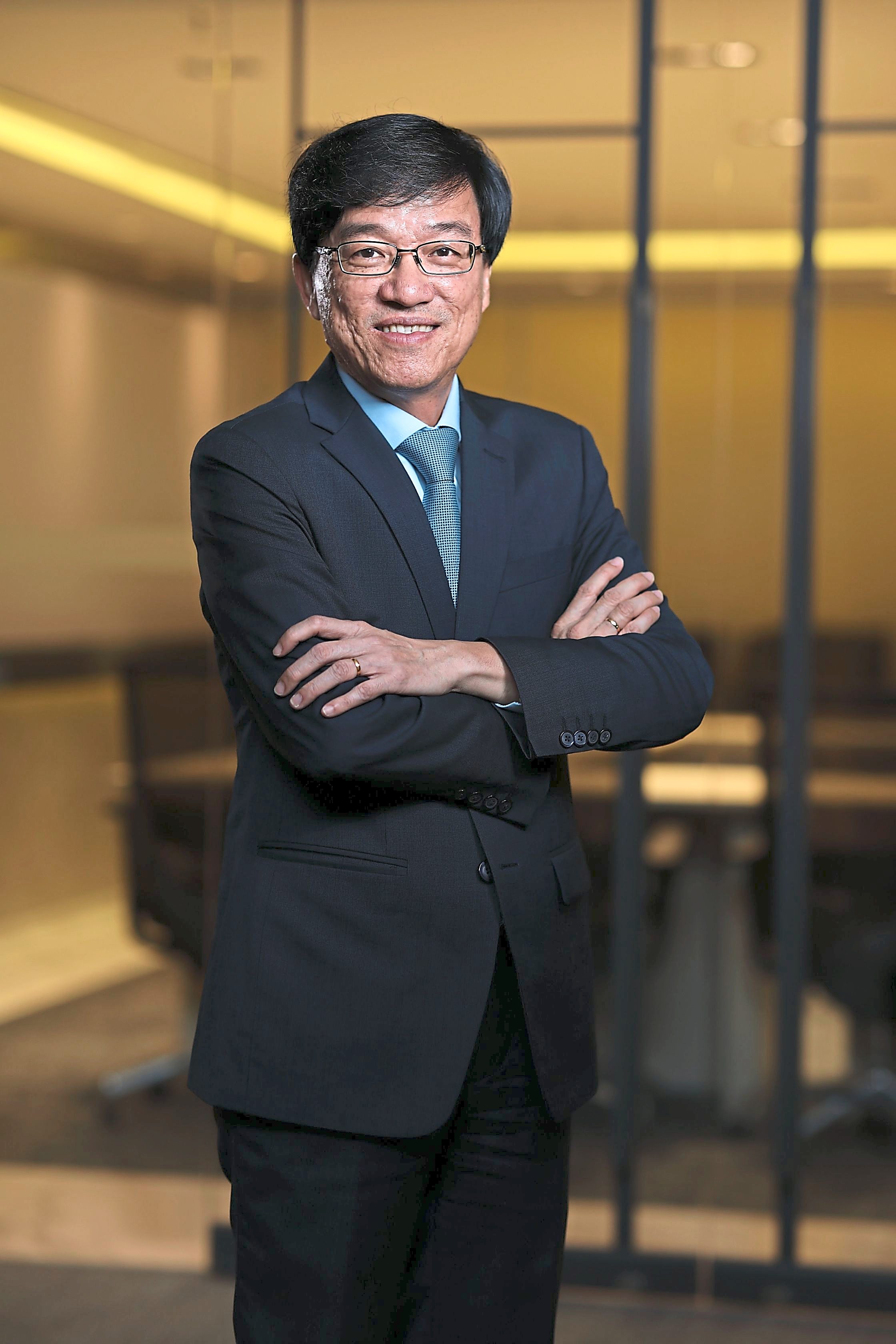 There is a strong demand for residential properties in Selangor, said Hon Sang.

Thanks to information shared by Rehda Selangor, a list of various housing schemes and incentives applicable in Selangor has been listed below. Project Rumah Selangorku is a housing scheme aimed at delivering affordable houses to qualifying citizens within the state.

Qualifying developments must have a certain amount of affordable housing units as a portion of the overall project. This initiative is led by the state’s own housing organisation, Lembaga Perumahan dan Hartanah Selangor (LPHS), which was first introduced in 2014 and aimed to encourage property developers to produce more affordable houses.

Concurrently, the Project Rumah Idaman by Selangor’s Menteri Besar Incorporated (MBI) will also bolster affordable homes in the state. The project targets the B40 and M40 groups and aims to build 48,000 units within five years with an economic value of RM 12bil.

In addition, there is the Skim Smart Sewa to Ownership (2Stay) is a RentTo-Own programme targetting the B40 group. On a federal level, the government has re-introduced the Home Ownership Campaign (HOC 2020). And more federal incentives under the Economic Recovery Plan (Penjana) such as temporary exemption of the Real Property Gains Tax (RPGT) and easing of housing loan restrictions for the third property onwards, make the prospect of living and working in Selangor all the more attractive and attainable.

According to Tourism Selangor, Selangor’s prowess traces back a century before the period of the Malacca Sultanate. Mentions of Selangor can be found in 14th-century literature of the Majapahit empire and the Klang River was recognised in the notings of famed Chinese mariner, Admiral Cheng Ho.

In the late 18th and early 19th century, Bukit Melawati (Melawati Hill) served as the Selangor Sultanate’s administrative stronghold. In 1875, Klang was named as the state capital. However, it was short-lived as in 1880 Kuala Lumpur was named the capital owing to British influence.

At which time Selangor was already the main producer of tin and the Klang river an international trading route. As the state joined the formation of Malaysia in 1963, Kuala Lumpur was designated as the country’s capital whilst also remaining as the state’s capital. Only in 1974 was Kuala Lumpur handed over to the federal government and Shah Alam became the current state capital with Klang as the royal town.

Then in 2001, Putrajaya joined the likes of Kuala Lumpur as a federal territory. Selangor is one of only four states that have more than one city with official city status. The state’s heritage is evidently a key reason behind the successes it enjoys today – proximity to the nation’s economic capital of Kuala Lumpur and the administrative capital of Putrajaya that were once within its rule.