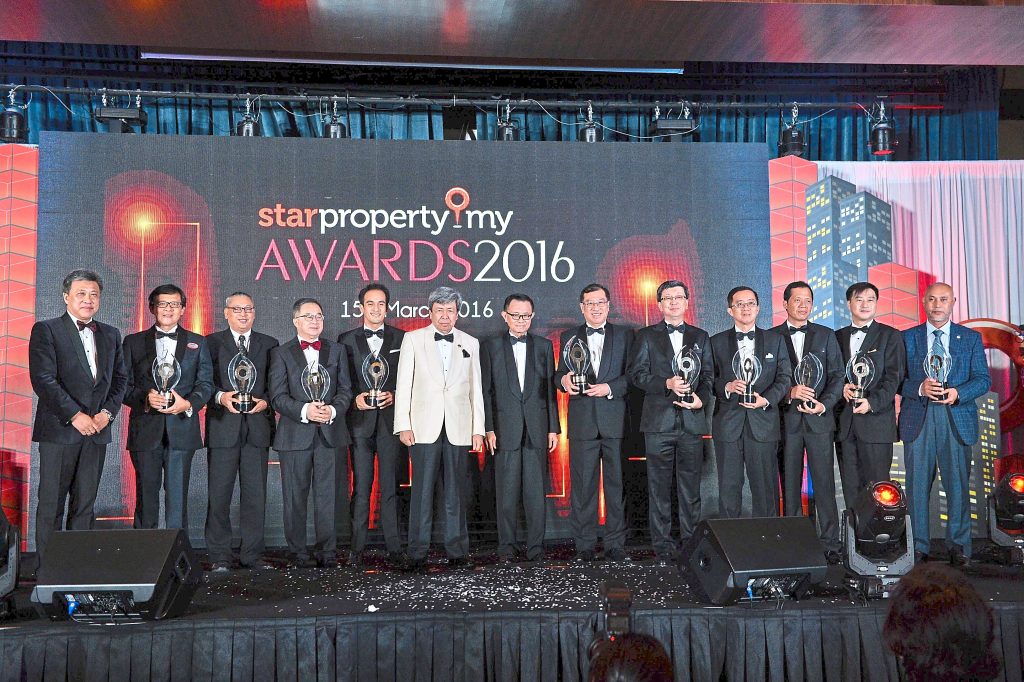 A brief history of the StarProperty Awards

When StarProperty first mooted the awards, it was in 2015 but it was only a year later that the StarProperty.my Awards, as it was called then, came into fruition. While it was a fresh start, it was not less a prominent affair drawing in a number of prominent property developers like SP Setia Bhd and IOI Properties Group to vie for the trophies.

The inaugural event was graced by royalty as Sultan of Selangor Sultan Sharafuddin Idris Shah officiated at the gala dinner. Over the next six years, the StarProperty Awards grew stronger and more prominent as more categories were added to one of the nation’s most prestigious accolades.

Even the outbreak of the Covid-19 virus did not stop the show from running as the award presentation was conducted virtually, in accordance with social distance, which everyone was adhering to.

The rebranding of StarProperty.my Awards to StarProperty Awards in 2020 also saw a transformation in its official trophy to a more sustainable and environmental-friendly one – a trophy made from recycled wood to reflect today’s climate of environmental, social and governance (ESG) conscious people.

Here is a quick recap of the StarProperty Awards over the years:

Year 2016 is a prominent milestone for StarProperty, as it marked the inception of the StarProperty.my Awards, a prestigious occasion to celebrate, commemorate and decorate the top developers of Malaysia. It started with 10 categories and two All-Stars Awards, namely the Top Ranked Developers Award and The Readers’ and  Voters’ Choice Award.

The StarProperty.my Awards, as it was known then, returned to introduce eight new award categories. This was to reflect the various values that collectively form the basis of quality in town-making, development building, and ultimately, the notion of housing the nation’s people. Due to the great response from participants, this award continues to be held annually as a hallmark of the StarProperty tradition. 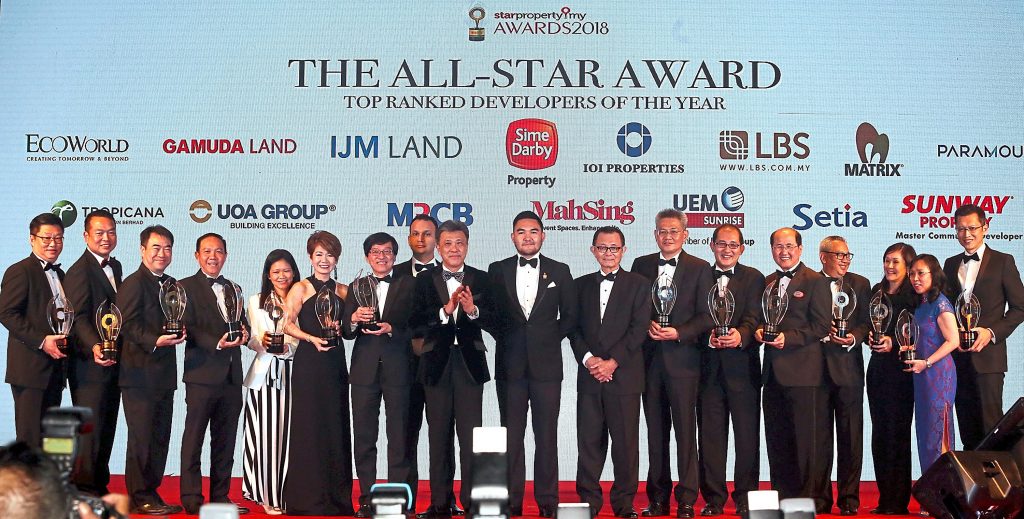 Entering its third year, the StarProperty.my Awards went beyond the Peninsular to extend its influence into East Malaysia. Four new award categories had been added to recognise a wider variety of property design elements and the added geographical location of participants’ projects. Among these new categories are the Borneo Star Award and the Safe and Sound Award. 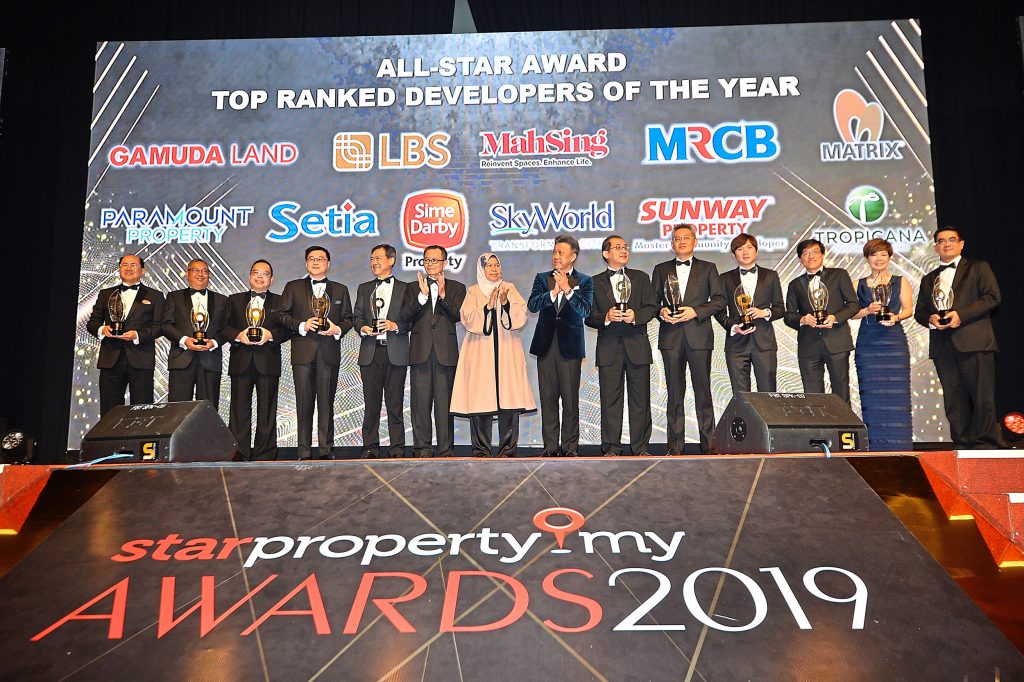 The StarProperty.my Awards further expanded to include hotels, landmark public buildings, luxury developments according to price range, and most importantly, acts of kindness, such as corporate social responsibility programs designed to give back to the people. Subject to these criteria, five new award categories had been created, such as the Big Heart Award, the WOW (Public Building) Award, and the Creative Touch (Hotel) Award.

To reflect the rebranding exercise done in the second half of 2019, the StarProperty.my Awards was rebranded as StarProperty Awards. To further bolster the awards, a list of stringent measurements had been introduced — qualitative and quantitative assessments designed to better vet through, and determine the best developers among them all. Three awards catered to the local hotel scene were also introduced to boost the award categories to 25. Due to the Covid-19 pandemic, the awards ceremony was conducted virtually. 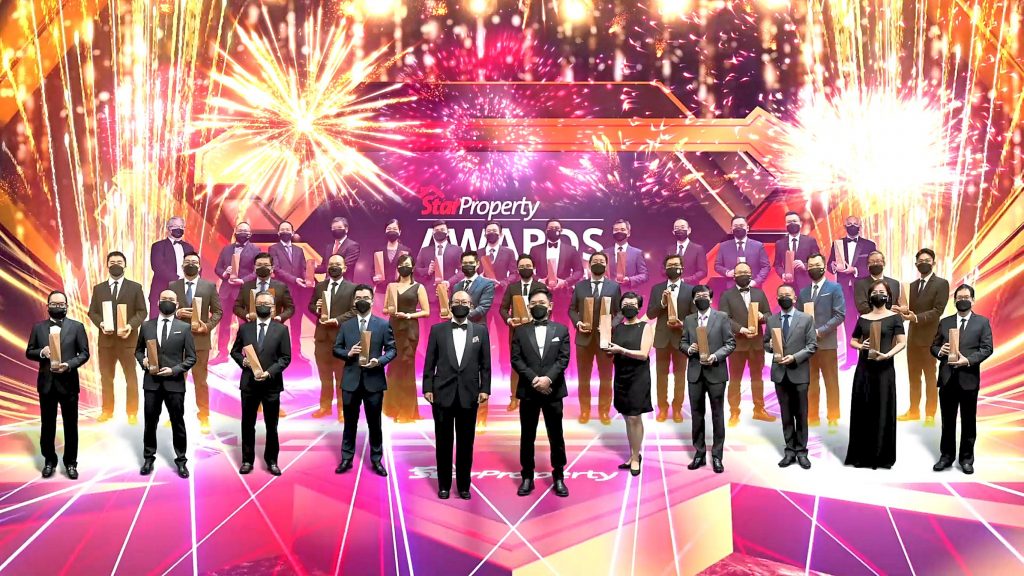 The celebration of the sixth installation of the StarProperty Awards was held in Cyberspace for the second time, capitalising on the experience gained from the previous virtual event to create greater excitement and pomp. Continuing to break new grounds as winners celebrate their hard-won trophies, StarProperty, the property division of Star Media Group (SMG), conducted the auspicious event in SMG’s Studio Maya, a green screen studio to cater to creating digital content. Despite of the multiple variants of the movement control order (MCO), the awards still garnered entries for 26 categories.

This year’s StarProperty Awards was celebrated on a grand scale, after two years of holding the event in cyberspace. Held at the Shangri-La Hotel Kuala Lumpur, Housing and Local Government Minister Datuk Seri Reezal Merican Naina Merican was the guest of honour. The gala dinner drew over 500 celebrants from the participating property developers as well as invited guests comprising the judges, sponsors and industry partners.