Two skyscrapers projects with RM2bil in GDV take off 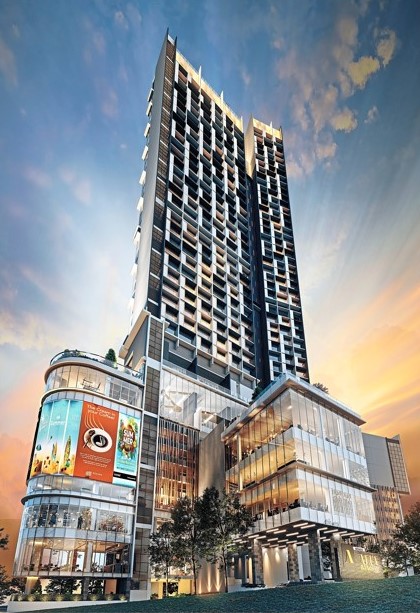 Alfa Bangsar, the rise of a new icon.

City Motors Group of Companies (CMG) is finally breaking out of their shell, making waves in the Kuala Lumpur property scene with two premium developments set to take the market by storm. With the skyscraper projects taking off in two prime locations, namely Bangsar and Bukit Bintang, CMG has finally stepped out of its low profile approach to tackle the bull by its horns.

The bold move to go ahead with the two projects in spite of the continued effects of the Covid-19 pandemic speaks highly of the developer who is willing to face up to the tough challenges that lay ahead. The projects have a combined gross development value (GDV) of RM2bil, meaning that the developer has complete confidence in its ability to deliver the goods to the buyers.

CMG’s property division Sri Seltra Sdn Bhd’s CEO Terence Chia said he is confident that the two projects will take off well as the CMG expands into the luxury property segment and the hospitality industry. “Our commitment and confidence are a well-calculated risk underpinned by the company’s strong fundamentals. We are poised to seize the opportunity as the economy rebounds,” he said. 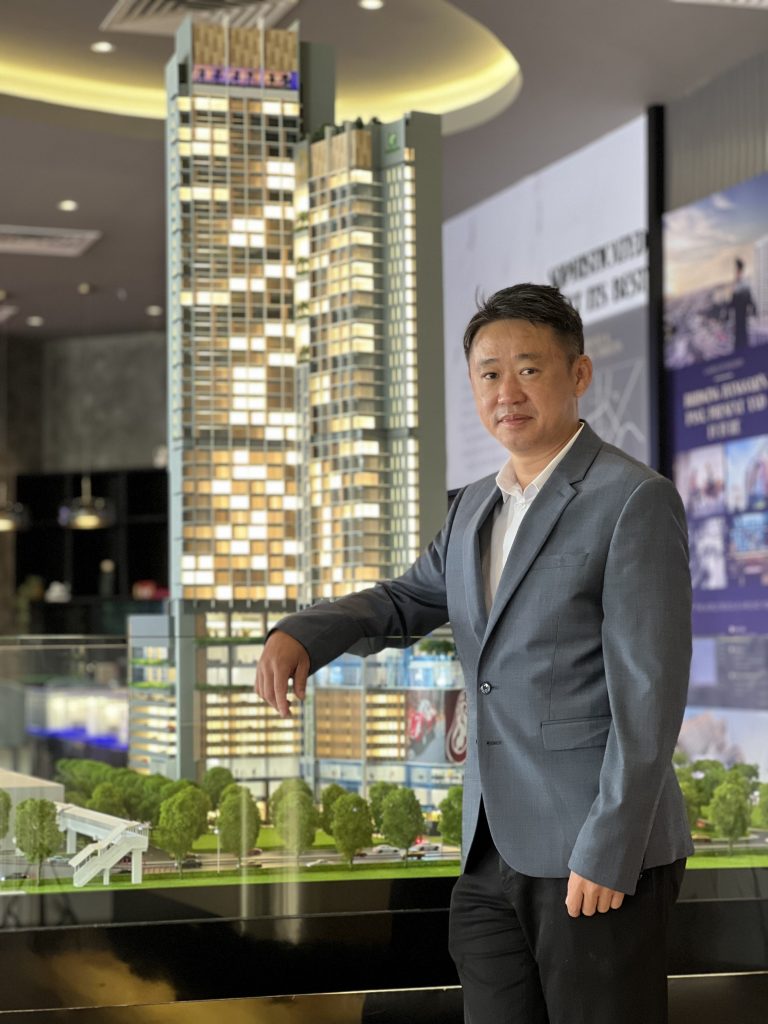 The name Alfa is derived from the company’s rich history with Alfa Romeo cars, said Chia.

Both are mixed development projects comprising upscale hotels, luxurious serviced apartments and commercial offices with wellness hubs. The Alfa Bangsar project represents the group’s signature entry into the luxury market. It promises to set a benchmark in higher property valuation of affluent Bangsar, a neighbourhood noted for its vibrancy, entertainment outlets and food offerings.

Alfa Bangsar’s serviced apartments are limited editions as only 178 units are up for sale, just in time for a Christmas or Chinese New Year purchase. With people adjusting well to the new normal, there is a renewed interest in investing in mixed development projects as such real estate is a perfect fit for the post-Covid era, said Chia.

He said they work from home, are wary of the need to travel too far on business, need a safe clean place to meet clients and require excellent internet connectivity and a nearby grocer. “Here’s where a sanitised hotel ambience is a better choice,” he said.

The design creates an impressive drop-off and pick-up point.

A touch of nostalgia

Chia said the Alfa Bangsar was named after the group’s two-decade involvement as the sole distributor of Alfa Romeo cars. While the franchise with the brand ended, CMG continued to deal with other car brands at this site until 2020, when construction work started on the site.

Construction work is underway, reaching the 16th floor as of the date of this publication, ahead of schedule of the projected mid-2023 completion deadline, he said. “We are looking at a mid-2023 completion. We are confident of completing it on time even with the constraints caused by the current movement control order,” he said.

Chia said the Alfa Bangsar serviced apartments with RM450mil in GDV are modest in floor sizes but exude luxury and afford creature comfort to their owners. Built on one of the last freehold parcels of land in Bangsar, the project is a short walk to Bangsar Village, the food haven and entertainment hub where owners will be spoilt for dining and chilling out choices.

“KL Sentral, the transportation hub, is a hop away from the nearby Bangsar LRT station and that’s where you can take a fast ERL train to the KLIA airport in 28 minutes,” he said. In contrast, the Bukit Bintang Gateway project will be the single highest complex in the vicinity with a hotel, serviced apartments and commercial podium, minutes away from two mass rapid transit (MRT) stations.

Chia also said that CMG will start work to construct the Bukit Bintang Gateway project in the first quarter of next year now that the company has received development approval from the Kuala Lumpur City Council. Its launch is also slated for 2022. 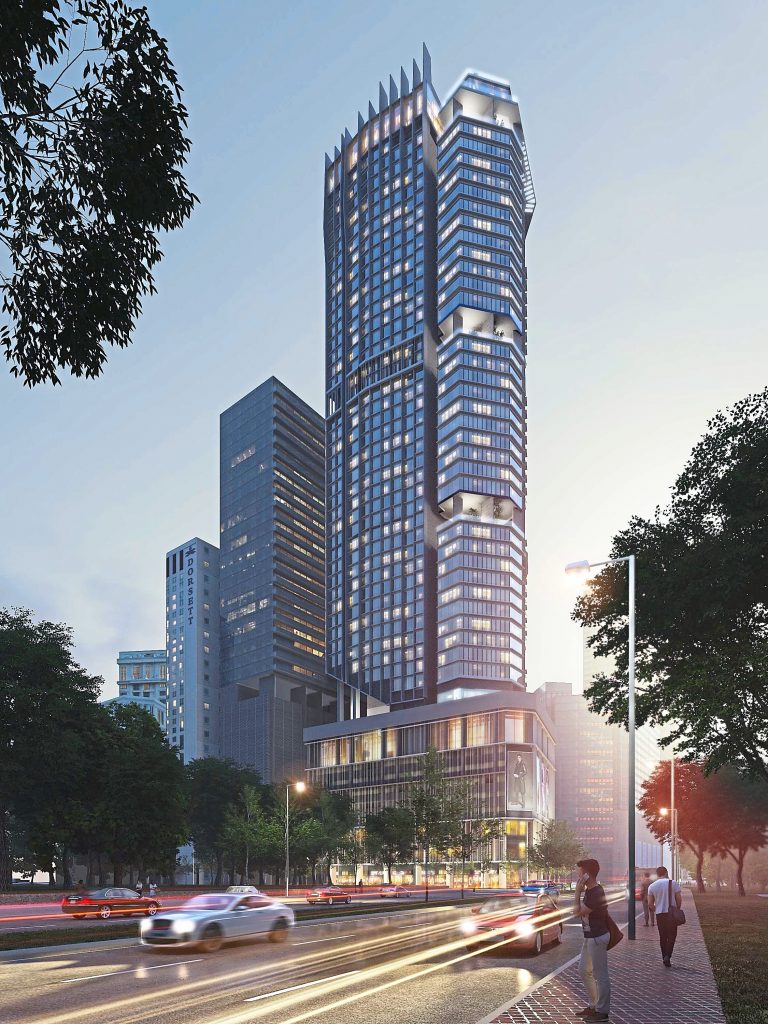 Bukit Bintang Gateway is slated for next year.

“This is another mixed development located in the heart of Kuala Lumpur. Similar to Alfa Bangsar, the Bukit Bintang Gateway is also on freehold land and is by far a bigger project – both in scale and GDV. It will comprise a five-star hotel, residential, commercial and retail blocks.

“We will start work on our Bukit Bintang site early next year. It is a massive project consisting of 500 hotel rooms that will propel the corporate brand name of CMG as a top player, going by the sheer size of the total number of rooms and lettable floor space in the capital city Kuala Lumpur.

“This future project will have RM1.5 billion in GDV and be the home of high net worth owners of 318 units of serviced apartments and 69 serviced suites. It is located within walking distance between two MRT stations along the popular Bintang Walk promenade.

“Both these two projects form part of the group’s long term plan to make inroads into the hospitality industry. We plan to grow our real estate’s recurring income as a sustainable revenue stream that will run parallel with the future growth potential of our property development business,” he said.

A check on the background of CMG is itself self-explanatory. It owns both the land on which the project sites are located, is unshackled by loans’ burden with low gearing, and ingrained with conservative management style, a sure sign of old money mindset strict on fiscal prudence.

CMG is already an established diversified group with investments into oil palm plantation and aquaculture and will soon celebrate its Diamond Jubilee in three years’ time. Over the years, it has built up its name as an established developer and to date completed landed properties, townships, condominiums and commercial offices totalling over RM600mil.

“We have plans to develop over 350 acres of landbank in Kuala Lumpur, Pahang, Ipoh, and Penang,” Chia said. He said back in the early ’80s, the group was looking to diversify out of the automobile sector which it was involved in for about two decades as the Alfa Romeo marque’s top Asia’s salesman. 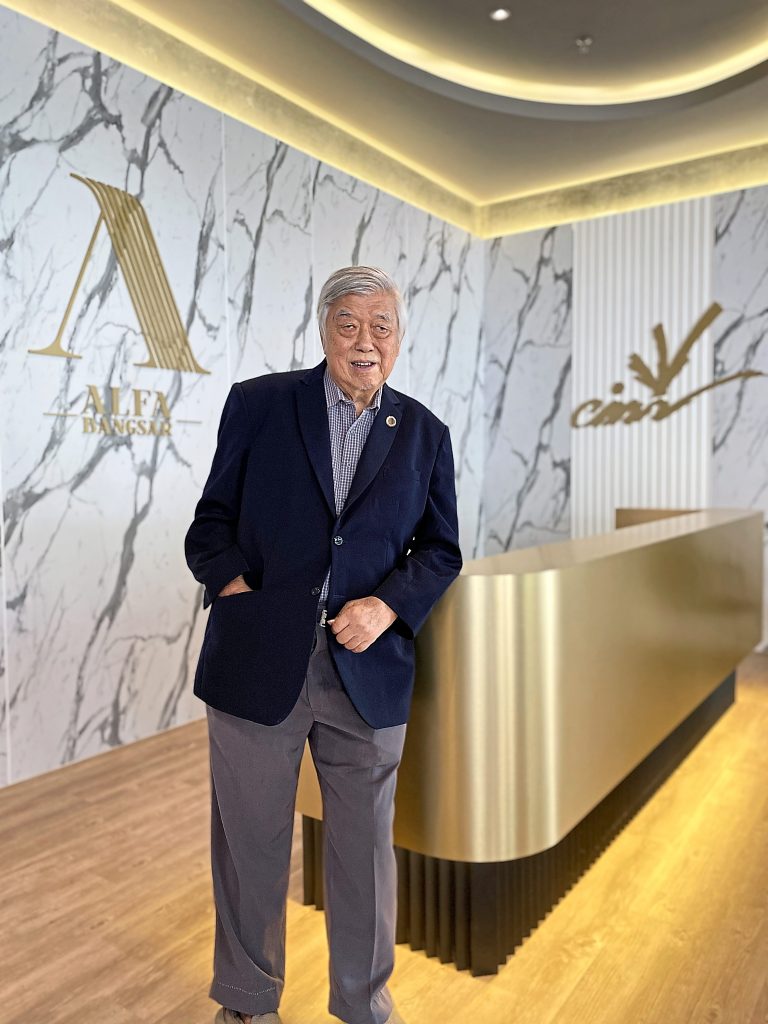 Foo diversified into property development in the 1980s.

“Our group chairman Datuk Dr Foo Wan Kien has had the foresight to invest in oil palm cultivation as Malaysia was fast becoming the largest producer of palm oil. It was at about this time in 1980 that he acquired a minority share in the company Sri Seltra Sdn Bhd which he considered a wise decision because of the landbank it owned in Ampang.

“Within a few years, he took control of the whole company and over the intervening four decades grew it into what it is today, turning Taman Nirwana from a kampung into a vibrant township there,” he said.

A few years earlier, he said, CMG handed over keys to buyers of 532 units in D’Pines Condominium. Chia said he did not foresee any issue with the timing of Alfa Bangsar project’s officially sales launch on Jan 17, because take-up for luxury apartments is recession-proof.

Nevertheless, the sales gallery and show unit is already open for viewing. “Our project’s products are the right fit for those who lead a sophisticated lifestyle focusing on health and wellness. “On balance, the government has come out with helpful policies such as cheaper housing loans under the Home Ownership Campaign (HOC). Buyers will enjoy more than 10% in savings from price discounts and exempted stamp duties,” he said.

As to the group’s immediate plan, Chia said, in the pipeline are plans for a serviced apartment block in Penang near the heritage enclave of the world heritage George Town. Besides all these, he said, CMG will convert a parcel of land it owns in Cheras into a landscaped park around a lake with hiking trails for public use.