Home Ownership Campaign 2.0 to the rescue

Has the second round improved the property sector? 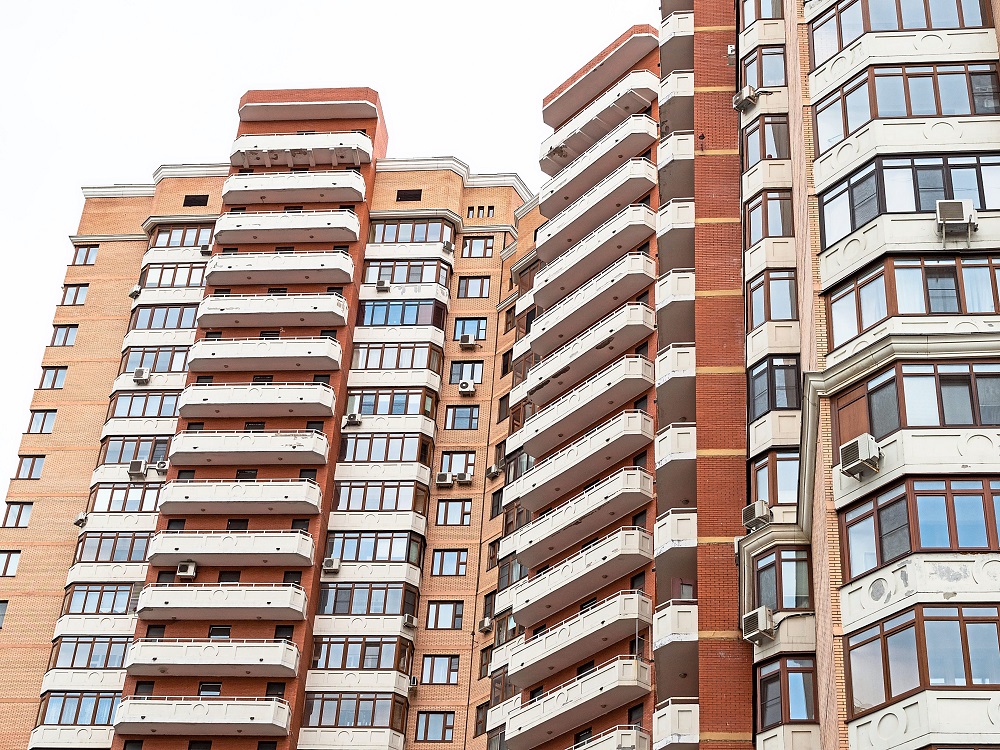 One of the main objectives of the HOC is to address the overhang issue.

Like many of the government’s emergency Covid-19 measures, the re-introduction of Home Ownership Campaign 2020-2021 (HOC 2.0) was timely to stabilise a badly hit property sector and help genuine home buyers looking for a roof over their heads. It was not surprising to discover that property developers were elated over its reintroduction. The majority applauded the government for making the move to ease the way for potential buyers to buy a home of their own, particularly the first-timers.

Especially in such a tumultuous time, any move to provide aids like loan moratoriums to provide relief assistance, subsidies for companies to retain staff or stamp duty waivers offered is appreciated by property stakeholders. “The key focus during these challenging times is to ensure all economic sectors continue to function as smoothly as possible to minimise any negative effects on other parts of the economy.

“The decision to continue HOC 2020- 2021 until 31 December, 2021 has proven to be successful, whereby many developers have cited the campaign as a reason for their favourable performance,” said the Real Estate and Housing Developers’ Association (Rehda). The sentiment was also echoed by various surveys held by Juwai IQI Global and StarProperty, citing the HOC as a driver spurring the industry. According to Knight Frank Malaysia, the campaign is also expected to play a role in the recovery of the housing market in 2022.

“Despite the Covid-19 pandemic and the fact that we have been badly hit by MCO (movement control order) 3.0 and NRP (National Recovery Plan) 1.0, which lasted three months, the response from purchasers has been very encouraging compared to 2019. We hope that there will be a substantial recovery in the last quarter of 2021. 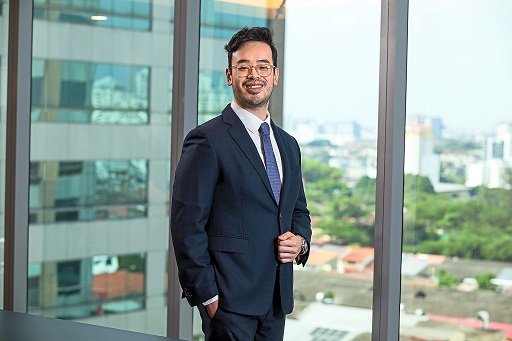 The HOC has proven useful and effective in encouraging sales, said Teo.

“The HOC with its attractive discounts and rebates offered by developers (at the expense of profit margins) along with the low interest rate environment are the main factors contributing to the steady and good performance,” said Rehda. Mitraland Group general manager Low Kwok Leong, who was pleased with the HOC, said the company managed to sell 70% of its affordable homes.

He also pointed out that the campaign has helped many developers clear their unsold stock. The HOC has proven useful and effective in encouraging sales, agreed Paramount Corporation Bhd deputy group chief executive officer Benjamin Teo.

“The impact of this, together with other initiatives, can be seen in our financial results for 1H21 when Paramount Property managed to achieve property sales of RM309 million. This is 62% higher against RM191 million in the corresponding period last year and is very encouraging against the backdrop of a lacklustre property market,” he said.

Moving forward, Teo would like to see more property-friendly incentives being introduced to further stimulate spending and improve employment. “In the meantime, we hope the interest rates will remain low to continue spurring property buying interests. By next year, when most Malaysians have been vaccinated, we look forward to a more normalised situation with significantly restored confidence in the property market,” he added.

Naturally, developers would capitalise on what was offered by the campaign and add in their own spin with additional offers to sweeten the deal and encourage buyers to sign the sales and purchase agreement. “To capitalise on this, we have rolled out the Tropicana 100 sales campaign as well as the Tropicana FreeDOM campaign – helping us to secure more opportunities in 2021. The HOC is expected to keep the industry buoyed for the rest of 2021. We also noticed that there had been an increase in innovation and a greater focus on digital solutions targeting the tech-savvy market,” said Tropicana Corporation Bhd managing director Dion Tan. 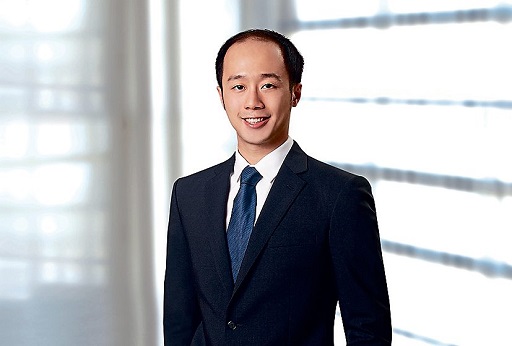 The HOC is expected to keep the industry buoyed for the rest of 2021, said Tan.

“We appreciate the government’s efforts to spur the property market. To ensure property market recovery, we look forward to more holistic, people-first, and sustainable schemes by the government and policymakers,” he added. While there is an increase in the number of buyers taking the plunge to secure their own homes, it does not mean that home buyers are beating down a path just to sign on the dotted line.

The numbers are increasing gradually partly because of the respective restrictions imposed by the MCOs. Some buyers were held back due to the delays in securing financing for the property. This was confirmed by IJM Land senior general manager Datuk Hoo Kim See. “I would say it (the number of buyers) has increased but at a slower pace. As customers not only look at the additional incentives under the HOC but also their ability in securing a bank loan,” he told StarProperty.

The HOC has also given developers a lifeline to bring in sales during this pandemic period and weak market, said OSK Property chief executive officer Ong Ghee Bin, adding that the personal income of the purchasers may be affected. Hence, the HOC’s financial assistance is most appreciated by the purchasers. “Most purchasers are not aware of the Memorandum of Transfer (MOT), stamp fee for transfer of ownership at the vacant possession stage, as per the Strata Management Act 2013, and hence may not have budgeted for the amount which ranges from RM10,000 to RM20,000 (roughly about 2.5% of the SPA price).

“The HOC exempts the MOT stamp fee and hence makes home ownership easier and timely issuance of strata title. We’ve seen the sale and demand for affordably priced homes are increasing, and for the past few years, we’ve also carefully strategised our product offering to ensure that the selling price is competitive and easy for the market to consume,” he said. 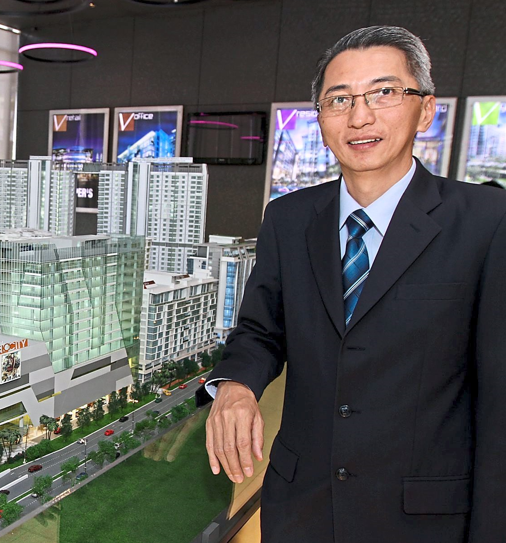 The HOC has also given developers a lifeline, said Ong.

One of the main objectives of the HOC was to address the overhang of the residential properties, said Matrix Concepts Holdings Bhd chief executive officer Lim Kok Yee. Due to the positive response, developers become more willing to launch new products, albeit in smaller numbers, and work closely with various parties, including financial institutions to optimise value creation for its targeted market, he said.

Lim said the sales of new Matrix Concepts properties for its financial year 2021 (April 2020 to March 2021) increased by 16.7% to RM1.2bil compared to its previous year’s RM1bil. While developers are essentially happy with the overall effect of the HOC, Malaysian Institute of Estate Agents (MIEA) president Chan Ai Cheng pointed out that the campaign would better benefit first home buyers if the secondary market was included.

This is because the secondary market is the bigger slice of the property pie, comprising nearly 80% of the transactions. “Although the Home Ownership Campaign (HOC) is perceived to be an important strategy to bolster the residential property market’s performance, a survey conducted by MIEA revealed that it only ranked as the fourth most important factor. And this can be attributed to the fact that the HOC is limited to the primary residential market and does not benefit the entire residential property market,” said Chan. To spur the property sector, both market segments need to be looked into since the options for the secondary market are limited to what was already practised, she said.

Although the second Home Ownership Campaign will run until Dec 31, 2021, property stakeholders are already analysing how future campaigns can be improved to further reignite the property market. “Our government, particularly the Ministry of Housing and Local Government, has been doing an admirable job of trying to make the housing delivery system as smooth as possible so that the rakyat have access to affordable homes,” said the Real Estate and Housing Developers’ Association (Rehda).

“Given the ongoing pandemic and its prolonged impact on the property industry, we hope that the government will extend these measures and introduce new ones to ensure that we are on track on our road to recovery,” it said. The most urgently needed by the industry is the amendment of the Temporary Measures for Reducing the Impact of Coronavirus Disease 2019 (Covid-19) Act 2020 with the exclusion period of contract for MCO 2, MCO 3, EMCO, FMCO and National Recovery Plan Phases 1 and 2.

The amendment is crucial to protect the interests of the affected parties for their inability to meet the contractual obligations due to situations beyond their control. Some other measures in Rehda’s wish list include: incentives to first time home buyers for property in the affordable housing category (up to RM500,000); government’s assistance to reduce the cost of doing business; ensure stabilisation of building material prices; review or abolish prohibitive measures that were introduced when the property market was at its peak to curb speculation but are no longer relevant at present like the downward revision of the Real Property Gains Tax (RPGT) with zero imposition for properties; resolve the long outstanding issue of foreign workers in the construction industry. 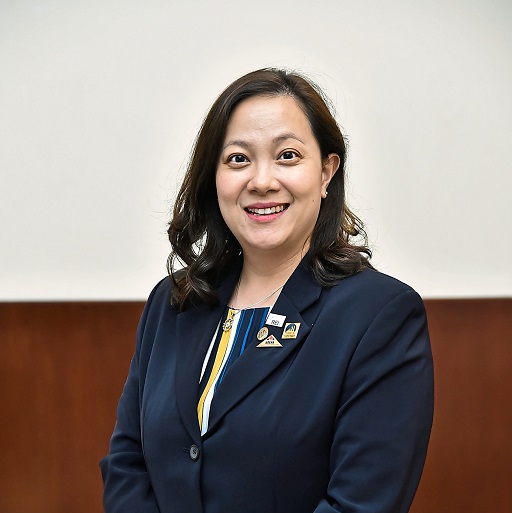 To spur the property sector, both market segments need to be looked into, said Chan.

Meanwhile, the Malaysian Institute of Estate Agents (MIEA) remains hopeful that future HOC campaigns will include the secondary market. “MIEA has proposed in the past for the HOC to be extended to the secondary market. However, at that point in time, perhaps the time may not be right and neither was the machinery in place for that to happen,” said MIEA president Chan Ai Cheng.

She said MIEA had submitted its Real Estate Recovery Proposal to Finance Minister Tengku Datuk Seri Zafrul Abdul Aziz detailing the plan to stabilise and provide a lifeline for the secondary properties market. With the loan moratorium ending this December, a new mechanism to stabilise the sector must be in place, she said. “For an economy to thrive, there must be movement in the market, be it selling or buying,” Chan said, adding that the more movement and activity, and the greater the real estate multiplier effect will be.