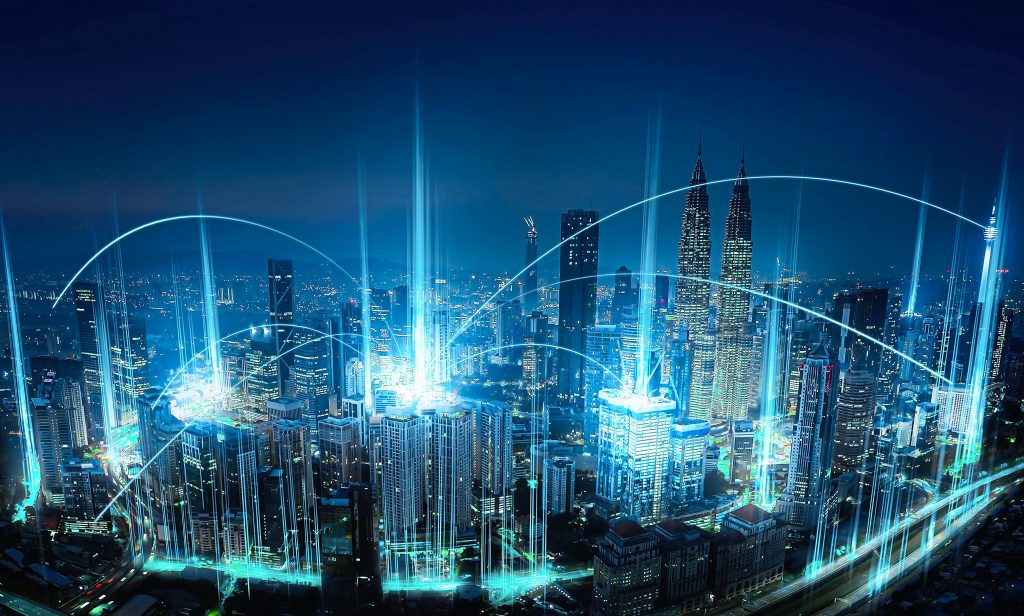 Preferences have been changing over the last few years, but since the Covid-19 pandemic, the inclination towards mixed and integrated developments have sharply risen.  While the emergence of the mass rail transit (MRT), which made its debut just five years ago, has helped to proliferate transit-oriented developments (TODs) into the property sector, it cannot compare to the new surge of interest for integrated development.

The numerous movement control orders (MCOs) and the realisation that Covid-19 is not a short-term problem has led to a re-evaluation of needs as prescribed by the new normal. The general public has now accepted the fact that physical distancing has to be kept in practice, along with the need to maintain the standard operating procedures (SOPs).

As such, they know that residing in an integrated or mixed development would mean that they can have access to necessities like grocery shopping without having to travel far. Safety and convenience have become the new key things that buyers, tenants and investors are looking for.

“In the past, mixed developments were likely to fail,” said Rahim and Co International Sdn Bhd real estate agency chief executive officer Siva Shanker, adding that the general public at the time did not buy into this concept.

It took the market a while to appreciate the convenience of having shopping amenities at the same premise without driving out. At the same time, employees whose offices are a component of the integrated development can just walk to work, he explained.

Before, the market preference was to have all these components separated. “Residential property by itself, office buildings by themselves and shopping centres by themselves,” Siva said. 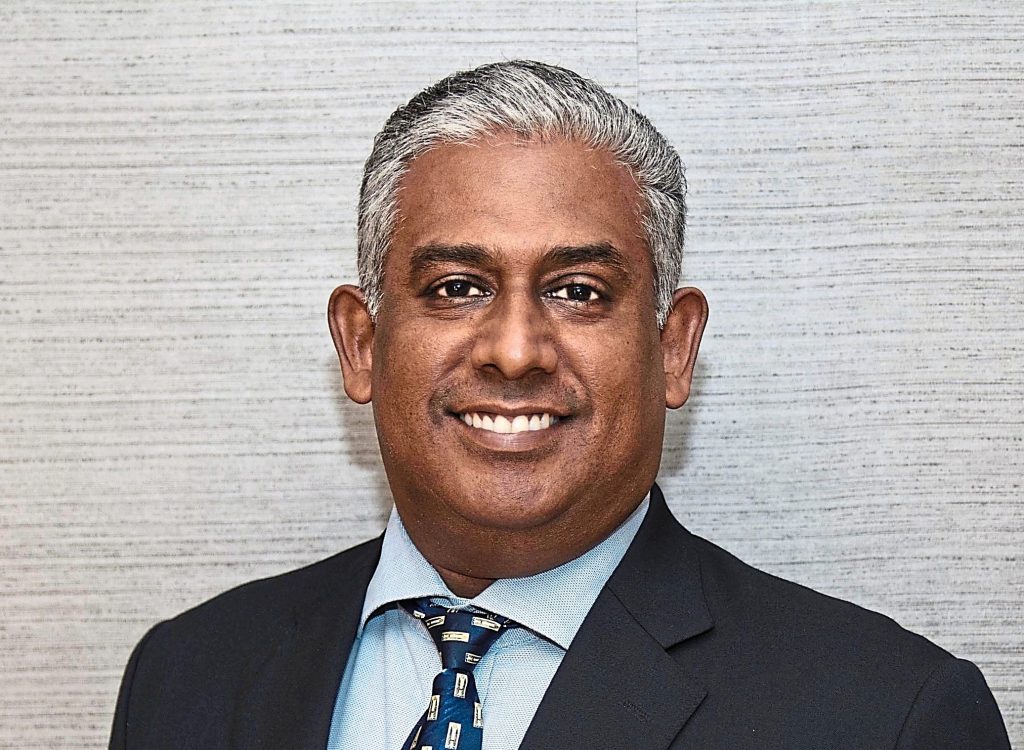 He attributed the Covid-19 pandemic as a catalyst to accelerate this new demand even though demand for integrated and mixed development was already on the rise. Little wonder that over the recent couple of years, many property stakeholders have jumped especially onto the TOD bandwagon, with almost every other new launch talking about shopping convenience, ease of transport and broadband connectivity.

However, it is crucial to note that property developers leveraged on TODs because such developments are excellent marketing tools as home buyers and investors buy into the concept of being able to easily use public transportation as a means to get around.

In a city where traffic jams are frequent, the usage of public transportation to circumvent the unpleasantness of being trapped in traffic makes the residential components of TODs appealing. 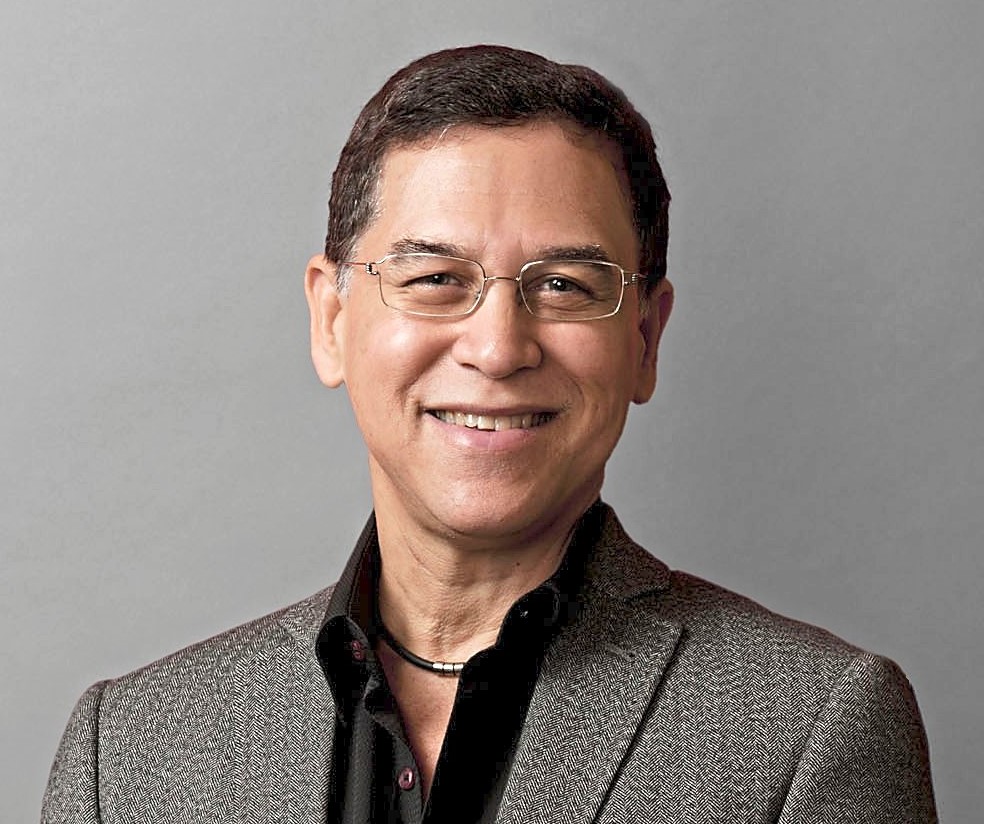 The true purpose of TODs is understated, said David.

A hidden purpose
An interesting benefit that many have overlooked about TODs and integrated developments is that their real purpose. That less revealed truth is that such developments are meant to help reduce energy consumption and thereby reduce pollution and carbon footprint. This aspect of TODs has been lost in translation when it is mass-marketed to the public, said Veritas Design Group founder and group president and director David Mizan Hashim in an earlier interview with StarProperty.

Sharing his experience in the leading multi-disciplinary design firm, which had been involved with the construction of numerous TODs and integrated developments, David said this beneficial portion of such projects is seldom highlighted. He pointed out that the general public needs to be more aware of the degradation of the environment and opt for homes that will aid in combating environmental issues like global warming. 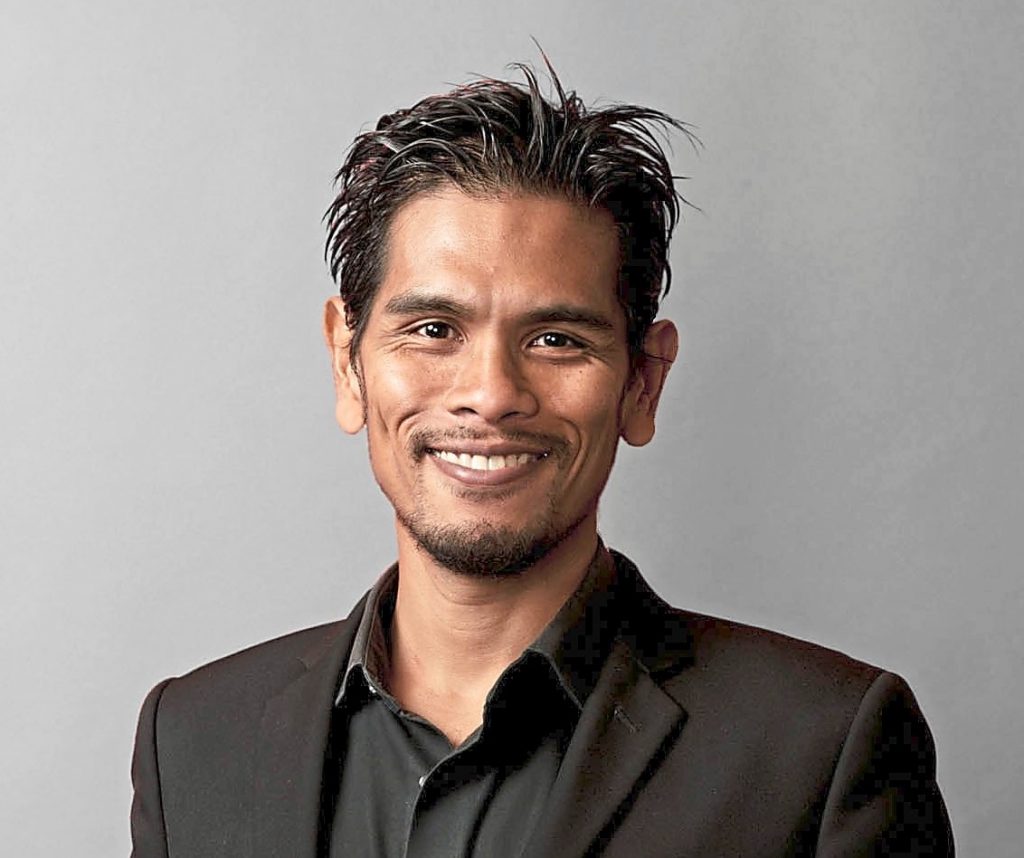 Veritas Design Group director and principal Syah Kamaruddin pointed out that one of the main emphases of TODs is to build sustainable communities. The same could also be said of integrated developments that are not necessarily attached to mass public transportation.

“We should look at low carbon communities where people can work, live and play within the same environment,” he said.

There seems to be a dispute over plot ratios and higher density rather than looking at how TODs can solve environmental-related issues and help to alleviate traffic problems by encouraging the use of public transportation, he said.

He pointed out that there appeared to be a contradictory scenario where TODs are built with more parking bays to support its higher resident density when TODs are meant to reduce the need for cars.

That is the most significant impact that TODs will have and it is on reducing pollution and carbon footprint, he said. As for integrated and mixed developments, they too play similar roles. If everything is readily under one roof,
the need to drive out or even take public transportation is greatly reduced. 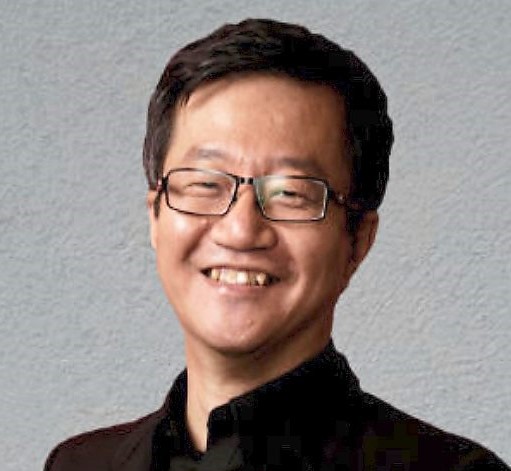 Do we need so many stations, asked Ng.

Too many stops
Veritas Architects Sdn Bhd principal Ng Yiek Seng also questioned the need to have too many stations. He explained further that town planners and the local government need to look at each MRT or LRT station and analyse what is required at the stations to ensure sustainability.

“Do we need every station to have a TOD?” he asked, adding that the density of the area surrounding each station would have to be properly planned. “For example, you cannot have a hospital at every station as that is not sustainable,” he said.

Essential services that require a bigger population to sustain them can be spaced out further and people can have medical access three or four stops away. So when it comes to planning such real estate, the entire project has to be viewed from a holistic perspective to get all the components to actually integrate, rather than just adding them because they are good marketing tools.

“If you get the fundamentals wrong. You will always get it wrong,” said Ng. 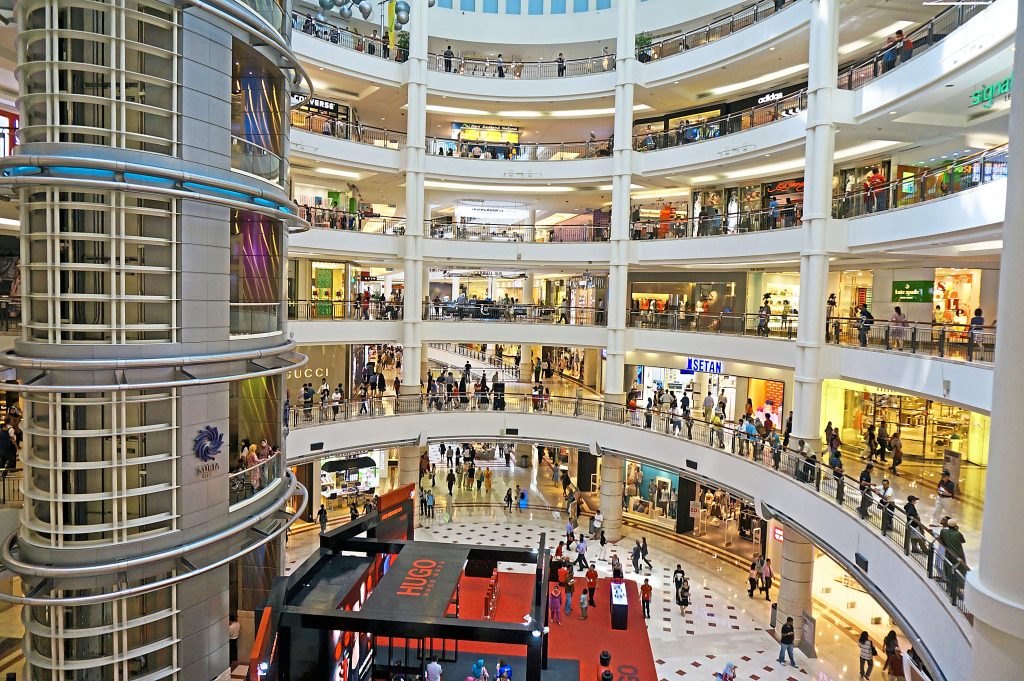 Suria KLCC provides shopping convenience as the LRT station is connected to its underground entrance.

No proper definition
With the number of property developers entering the fray to build a transit-oriented development (TOD), the question as to what really constitutes a TOD has risen. Rahim and Co International Sdn Bhd real estate agency chief executive officer Siva Shanker pointed out that one of the issues with TODs is the loose application of its definition.

He said that developers are calling their projects a TOD even though it is not even attached to a mass public
transportation system like the mass rapid transit (MRT) or light rail transit (LRT). A project could be 1km or 2km away or not directly connected to their projects, but the developers are still marketing them as TODs, he lamented.

“Many people are taking advantage of any transportation mode to declare themselves as a TOD. Let’s take the MRT and LRT stations in Central Market. Does this make Central Market a TOD? No new building has been built but the availability of the MRT and LRT has created a certain uplifting of the whole area. It’s a kind of TOD, but it only came afterwards. Have they benefited from it? Of course, they have,” he said.

“But I would only classify it as a Class B TOD, a hybrid or quasi-TOD. The real TODs are the ones that are integrated with the transportation and was planned as part of the master plan either in, at the side or very near and connect so you don’t have to go outside and walk on the street to reach your destination.

“That’s a TOD. It’s connected, with easy connectivity and pedestrian organisation,” he said. 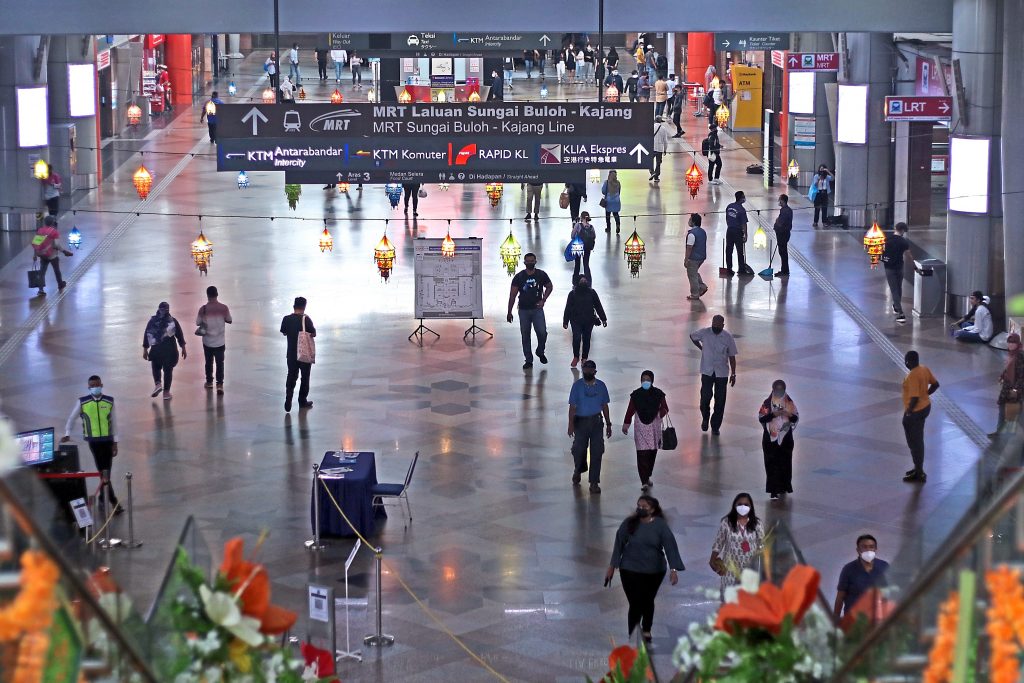 KL Sentral is one of the few developments that is a true TOD.

In Malaysia, only a handful of projects can be classified as a true TOD. These include KL Sentral, KLCC and Avenue K. The problem is that developers have been too liberal in using the TOD terminology. Most leverage on the walkability, so they label their projects as TODs by building connecting walkways and bridges to the nearest station.
Siva said projects that are too far from the stations should not describe themselves as TODs as it creates an inaccurate perception of such developments. To him, the walkability of a Class B TOD should be around 300m or within 10mins.